In days gone by, Kent Hovind has bragged about how he and Jo, his former wife, were such good matchmakers (getting boys and girls together).

With Jo now out of the way, it appears he may be using others to facilitate his interest in getting boys and girls together.

Justin McGregor is one of Kent’s illustrators and who-knows-what-all-else resident at Kent’s 145 acre compound in Conecuh County, AL.

Tonight, Rhonda organized a trip to see some lights at Bellingrath Gardens and Justin McGregor and Rachel Harnetty were a couple who went along for the show.

Rhonda has posted on her FaceBook page a number of photographs of the trip, and she and FaceBook indicate that the pictures are available to “share”.

And so I have.

We’ll have to wait for a more definite announcement as to the couple’s intentions.

Kent has that wedding gazebo at his place, and common law marriages are recognized in Alabama, according to reports, until the end of this year. 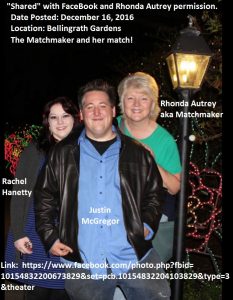 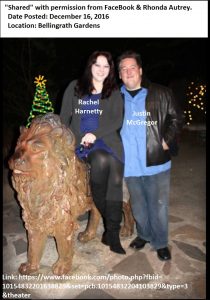 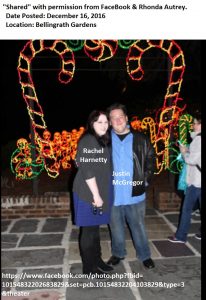 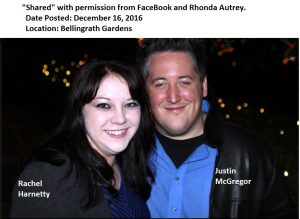 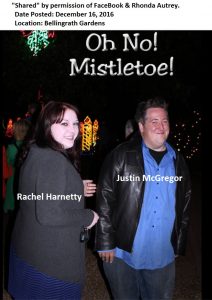