↓
Home→“A Christian Not An Atheist …” 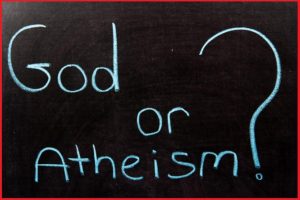 “Churches Fight Atheist Lawsuit that Could Result in $1B in Taxes on Church Leaders,” reads the headline in Amber Strong’s post on cbnnews.com. I have argued elsewhere that a billion is probably not the right number, but there is something even more wrong about the headline. The man who sparked the lawsuit about the constitutionality of tax free housing allowances for ministers is not an atheist , quite the opposite. Robert Baty considers himself a Christian and has for decades been a member of one of the Churches of Christ.

Among his hobbies is something he created called Atheism 101 – Critical Thinking Exercise that is meant to get atheists to reflect on whether they might be wrong.  Then there is presuppositianalism, another of his obsessions that I don’t share.  Presuppossitanlism is something that is supposed to bring atheists around, but Bob does not think that it works. Sorry to you theologians out there. I know there is a lot more to it, but unfortunately I am not going to get it.

What I do share with him are interests in young earth creationism, Kent Hovind and the parsonage exclusion. Bob contacted me because of my coverage of the Phil Driscoll case in 2012 and we have been blogging buddies of a sort ever since.  He has a gift for aggravating people and has been kicked off a few internet sites because of his insistence that people pay attention to his obsessions, but that sort of behavior is not going to trouble me. Recently he claimed that he had triggered the current outbreak of constitutional challenges to the parsonage exclusion. I thought that was a claim that required some substantiation, so I contacted the Freedom From Religion Foundation, one of the plaintiffs.

From The Freedom From Religion Foundation

The Freedom From Religion Foundation started litigating the constitutionality of the parsonage exclusion in 2009 in US District Court in California. FFRF struck out its first time at bat on the issue of standing.

It moved to its home base in 2011 and won the first round with Judge Barbara Crabb ruling that the Section 107(2) (the cash housing allowance) is unconstitutional. The Seventh Circuit ruled that FFRF did not have standing. They tweaked their approach and got another favorable ruling from Judge Crabb and now they are headed back to the Seventh Circuit, which may rule on the merits this time.  But how did FFRF get going on this nearly decade long journey? That was my question to Annie Laurie Gaylor of the Freedom From Religion Foundation.

Yes, Peter, he [i.e. Baty] and a colleague approached us about this tax inequity. I was immediately interested, because we were cognizant of it – Dan had received the housing allowance as an associate (and itinerant 🙂 minister, and one of our longtime members brought it up at every membership meeting. As a retired Episcopalian, he is receiving it as a retirement benefit.

Robert and another colleague were invaluable in focusing our attention on this inequity. He contacted us. I can’t remember if it was by email or phone and as stated, we had been very aware of this inequity, so when they called our attention to the Chemerinsky brief to the Ninth Circuit (I believe) that really got us interested in pursuing it. They had been speaking with the American Humanist Association as well and we initially offered to work with AHA on it, but AHA eventually declined.

Robert supplied some personal experiences and background on this that was very helpful. We spoke about it at some length and emailed back and forth.

The Chemerinsky brief relates to the Rick Warren case, in which the Ninth Circuit on its own initiative raised the issue of constitutionality and appointed Erwin Chemerinsky as amicus curia (actually more like advocatus diaboli, if you think about it) to argue the issue. Quick congressional action mooted the Warren case. You can read about that here and here.

At any rate, there you have it. Robert Baty really is at the root of the current round of litigation, which has the religious establishment in panic mode and there is something oddly fascinating about that. Here is a little bit about him, that you might not find that fascinating.

Robert Baty grew up in Lawton Oklahoma graduating Putnam City High School in Oklahoma City in 1968.  He graduated from Central State University (University of Central Oklahoma) in Edmond OK in 1972. Then he went to to work for the IRS in 1973. He started as an office auditor – GS-9 – and after a few years started rotating as a reviewer of other office auditors. He went for some more accounting courses and was promoted to appeals officer working his way up to GS-13 when he retired in 2005.  Some of my military classmates might be amused that GS-13 is assigned the same precedence as 0-5 (Lieutenant colonel in the Army). One of my classmates told me that the most dangerous person in the Army is a lieutenant colonel with no ambition.  Maybe there is a similar phenomenon over on the civilian side.

Bob has been married to the same woman since around when he graduated college. He didn’t want me to mention her name.  She tolerates rather than supports his hobbies. He has some children and grandchildren. The only thing that seems to get him off his watch on the internet for developments in his areas of interest is grandchildren duty.

So how did he become such an instigator?

One of the distinguishing features of the Churches of Christ is a very extreme congregational polity.  You might illustrate this by considering a hierarchical church like the Catholic Church.  It is an extremely complicated organization and you can point to all sorts of diversity.  Recently on my alternative blog I wrote about the Bishop of Worcester chewing out the President of The College of the Holy Cross about an article that one of the professors had written, that the right wing outrage factory had taken as saying that Jesus was a drag king.  Bishop McManus and Father Boroughs have different chains of command, but they both have the same earthly boss in Rome.  I imagine this particular turf battle won’t come to his attention, but it illustrates what a hierarchical church is like.

In the Churches of Christ, the buck stops at the level of the individual congregation.  And they wouldn’t have anything to say about what was going on at a college that happened to be on their turf.  At least that is the view of some Church of Christ members.  Bob pointed me to this facebook site, which explains it this way:

… an integral agency of the Church within the meaning of Treas. Reg. section 1.1402(c)-5(b)(2) such that rental allowances paid to managers, executives, supervisors, or administrators who are ordained, licensed or commissioned ministers employed by Organization can be excluded from gross income under section 107.

He would later learn that the IRS was pressured to rule as it did by Omar Burleson, then on the House Ways and Means Committee, and then Congressman George H.W. Bush to bail Abilene out of a FICA audit.  And he has dedicated a good part of his life to exposing what he sees as a  travesty.  He still wants it exposed. I felt really bad the other day when I told him that it was over forty years ago and nobody was probably ever going to care.

Here is the kicker.  The Churches of Christ have a “priesthood of all believers” theology, so, in effect, all member are ordained.  That means that any member who works in any sort of management or teaching position at any of the affiliated colleges, which include Pepperdine, qualifies for a tax free housing allowance – including the basketball coach.  And it was a case of a basketball coach, Jerry Jobe of Oklahoma Christian University that showed up in Bob Baty’s office in the eighties.  He was not directly involved but the issue of Jobe’s housing allowance was run by him and he thought the service would challenge it.

A notice of intention to assess went out and Jobe filed a Tax Court petition to challenge the NIA.  Then the national office decided to back down as they did not think they could roll back Revenue Ruling 70-549.

He Has Not Yet Begun To Fight

The Jerry Jobe case was in 1985 and that is what commenced Baty’s battle. As he dug further into the matter, he concluded that the real problem was Code Section 107, itself, which was unconstitutional. Rick Warren‘s $80,000 housing allowance that the IRS thought was excessive provided an opening.  The Ninth Circuit with no prompting from either side of the case appointed Erwin Chemerinsky to argue the constitutionality of Section 107(2), which seemed a little fishy to the judges.  Lightning fast congressional action mooted the case leaving Chemerinsky with no standing, That was in 2002.   Bob corresponded with the professor who wrote an article explaining what was wrong with 107(2), but he never picked the baton back up as Bob hoped he would.

He kept the flame alive and finally got the attention of the Freedom From Religion Foundation, which has brought the case to a new level.  According to this study in the Interdisciplinary Journal of Research on Religion, faith based organizations have annual revenues of $378 billion.  And when it comes to the special tax benefit that the industry has, it is behaving much like any other industry putting aside other differences to flood the Seventh Circuit with amicus briefs.  And it really does seem to trace back to one cranky old retired guy.  Here is the song that pops into my head when I think about Baty’s long hours at the keyboard

And you, to whom adversity has dealt its final blow With smiling bastards lying to you everywhere you go Turn to, and put out all your strength of arm and heart and brain And like the Mary Ellen Carter, rise again!

Sometime in the nineties, Bob noticed more attention in Churches of Christ to the idea of Young Earth Creationism – the notion that there is scientific support for a hyper-literal reading of Genesis implying a world that is around 6,000 years old.  Among other things that means that there is no such thing as evolution. Bob thinks that is wrong. So do I, but I find it more amusing than he does.  One of the implications of YEC is that people and dinosaurs coexisted meaning the Flintstones might be viewed as a documentary.

In recent years he has focused on what he calls the “false legal narrative” of Kent Hovind. Kent on his youtube channel will talk in general about having critics, but Baty is one of he few that he mentions by name.  Hovind’s supporters, whom I have dubbed Hovindicators, have developed a strong animosity toward Bob, including accusations that he is a paid agent of the government or the New World Order or maybe the Illuminati.

He also insisted that I mention the Baby Holm case. I let him onto my alternative blog to explain the issue, but you really don’t want to get him started.  Trust me.

During Kent Hovind’s second trial in 2015 I commissioned my friend film maker Jonathan Schwartz of Interlock Media to cover the trial.  Jonathan has a great sense about people, so I asked him for his reading on Baty, with whom he had spoken a number of times.  Jonathan summed up Robert Baty this way – “He loves his grandchildren – AND the truth”.