C. Clarke & Danielle Holm had thought to have an unassisted birth in the woods in or around Cheaha State Park in Alabama in 2016.  They couldn’t handle it, declared an emergency and the baby was born in a nearby hospital.  The State of Alabama took custody and the custody battle was “on”.

Kent Hovind’s man Brady Byrum became involved early and assisted the Holms in promoting the Holms’ sovereign citizen theology in order to insure that the child would not be returned and they would not have to parent the child.

Ultimately, the Holms’ parental rights were terminated and the child adopted to a permanent home early in 2018.

On September 9, 2018 it was reported that the Holms had returned to the area.  There were no reports of them announcing their intentions.

On September 10, 2018, C. Clarke Holm broadcast a YouTube recording of his latest call to the FBI wherein he promotes his sovereign citizen theology and other “odd beliefs”.  Ultimately, the FBI call-taker thanked him and hung up on him.

Images Related to the Holms’ Return to Alabama 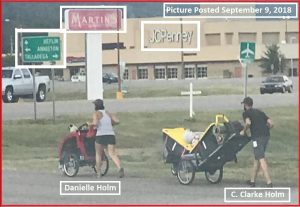 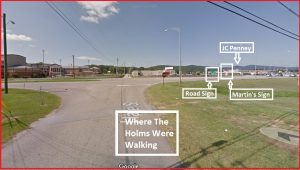 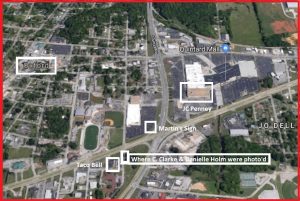