C. Clarke and Danielle Holm have cited U.S. Supreme Court case law, state law and constitutional law in their case and it is absolute proof that the State of Alabama is abusing their family. 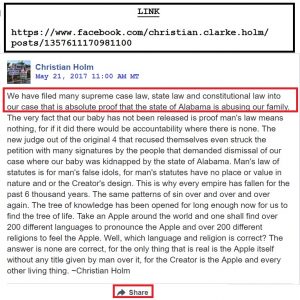 UPDATE May 21, 2017 From Danielle Holm with my analysis following: 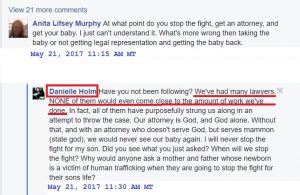 I have noted that Danielle has repeatedly claimed she has been doing “so much” to get the baby returned to them, without offering any evidence that such is the case.

This appears to be another example, but I recall numerous examples of what she and her husband have done that has tended to insure that the custody issue would not be resolved with the return of the baby any time soon, such as:

2. Involving Brady Byrum and sending out that “25-page” letter.

6. Falsely representing the facts and the law relevant to the case.

So, Danielle, can you be explicit in detailing just what it is that you think amounts to a lot of work designed to affect the return of the baby to you? 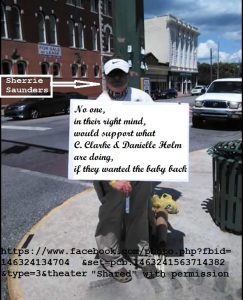 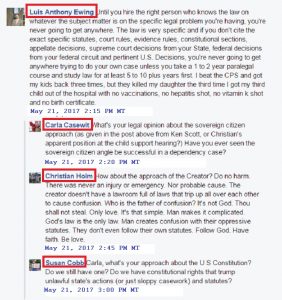 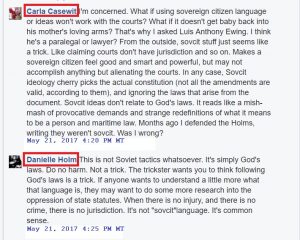