Links to some related articles on this site:

The following are screenshots of FaceBook Messenger messages I received from relatives of Brady Byrum in 2017 and reflective of the merit of certain claims made regarding Brady Byrum. 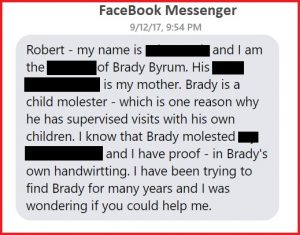 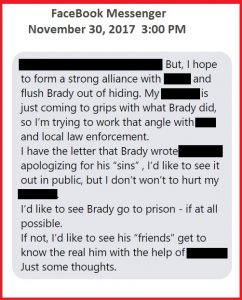 The above 2 are from the same person.  The one below is from another in support of the above. 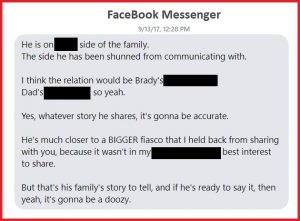 I, Robert Baty, did not hear further regarding the above.  Recently, Kent Hovind has become quite public in support of Chris Jones, a convicted, registered, sex offender who, allegedly visited with Kent Hovind a number of times at Kent’s conpound near Lenox, AL.  In one such visit, it is reported that Chris was traveling alone with a young child and was, on at least one occasion, sleeping with that child. 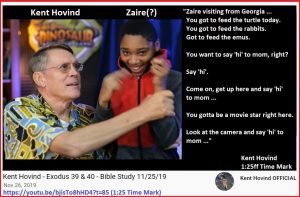 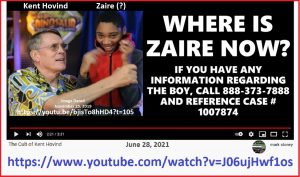 Mark was recently informed of the outstanding issue as to Brady Byrum and he has been investigating that.

Following are Mark’s most recent postings of his dealings with Kent Hovind and his people regarding the matter. 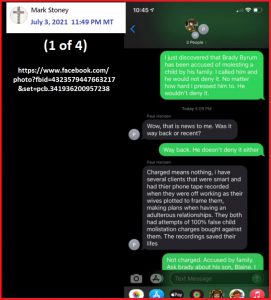 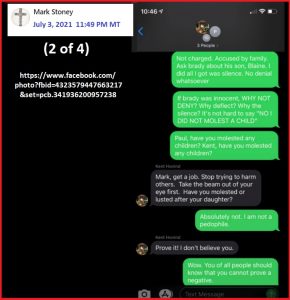 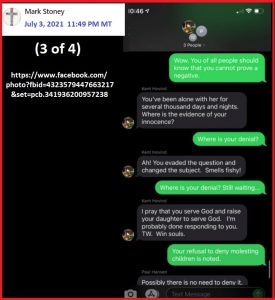 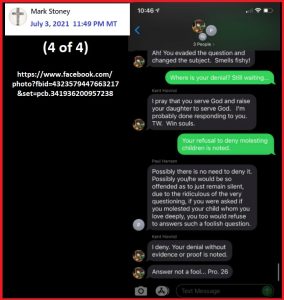 The story continues to “evolve”! 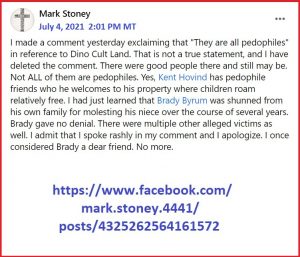 Text Exchanges from the Hovind Conpound 07212021