Who is Fazale Rana? 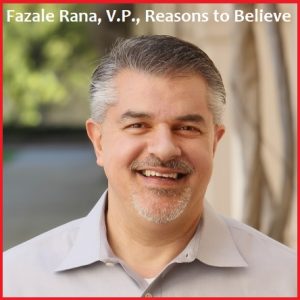 Link to recent video featuring Fazale and his presentation of the issue:

Link to recent written article by Fazale presenting the issue:

Spoiler from the written article; the last line!

“(T)he best explanation may lie in the eye of the beholder.”

However, it seems to me that Fazale would really like to make more out of it than that.  For instance, in that article he writes:

‘If God creates a universe, as a good workman

he will create a beautiful universe.

On the other hand, if the universe came into

existence without being created by

God, there is no reason to suppose that it would

be a beautiful universe’.”

Fazale goes on to refer to Swinburne, whom he appears to greatly admire, with:

“As human beings, why do we perceive beauty in the world?

In response to this question, Swinburne asserts,

‘There is certainly no particular reason why,

if the universe originated uncaused,

That again seems to hint at the Presuppositional claim that without God there would be no sense of beauty, or beauty.

Fazale has claimed he is not a Presuppositionalist and was using “abductive” reasoning in offering his “Argument from Beauty”, with Swinburne as his guide.

I found this regarding “abductive” reasoning:

In other words, for all Fazale Rana knows, a world without God could have inhabitants with a sense of beauty.

“I am not a Presuppositionalist or an Evidentialist,

but instead straddle the two.

So, that being the case, it should come as no surprise if I, or others, detect hints of Presuppositionalism in his claims, and I have.  He claims the above-referenced article represents only his current thinking and that he is still developing his position.  Maybe he will eventually be explicitly Presuppositional, instead of implicitly.  Maybe not.

Fazale also claimed in his video:

“The Argument from Beauty is really an

How so?  He doesn’t really seem to say.  As an “abductive” line of reasoning, it offers nothing by way of argument for God’s existence; for all I can tell.

Just what is Fazale’s proposed “Argument from Beauty”?  I find it to be not so easily discerned from what he writes, but I’ll give a try at detecting it and further opining on the subject.

we live in would be beautiful indeed if the Creator is

responsible for producing the world that we live in.”

Do you see the implications towards Presuppositionalism therein?

Consider this adaptation of Fazale’s claim:

responsible for producing the world that we live in.

But what about an actual argument?  Consider this inferred from Fazale’s claim:

If God exists, then we would have a sense of aesthetic beauty.

We have a sense of aesthetic beauty.

If God exists, then the world would be the way it is.

The world is the way it is.

Do you notice the hint of Presuppositionalism therein?  I think it is there.

Now, compare the above to the specific, classic, Presuppositional, logically valid arguments below:

If God did not exist, then we could not have a sense of aesthetic beauty.

We can have a sense of aesthetic beauty.

If God did not exist, then the world would not be the way it is.

The world is the way it is.

Both those arguments are logically valid (if the premises are true the conclusion will follow as true therefrom).  The problem is that the first premise is only presupposed (hence the term Presuppositionalism).

Fazale Rana has not really been clear on where he stands on the substantive, fundamental issues regarding what he calls “Argument from Beauty”.

Maybe he will eventually.

As for me, my position is that “he’s got nothing” in his “Argument from Beauty” that provides any “proof God exists”.  If it is, as he claims, underutilized, maybe that is because others have realized that where Fazale has yet to do so.

Following is an accumulation of references involving my engagement with Fazale Rana which led me to produce this article.  They may not all be in order.

Link to my recent article on this site regarding Steve McRae:

Link to my recent article on this site regarding Presuppositionalism: 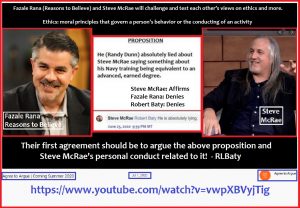 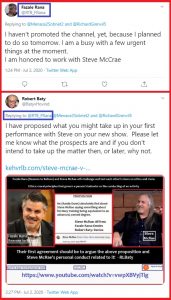 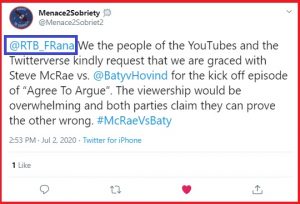 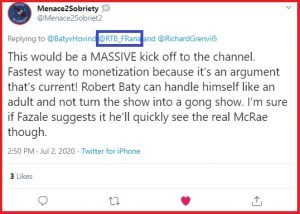 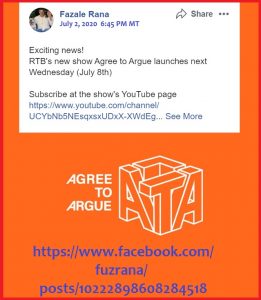 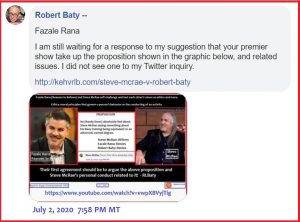 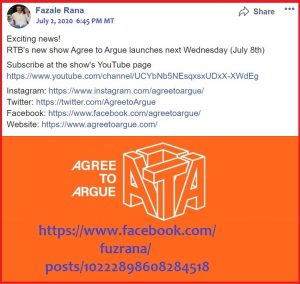 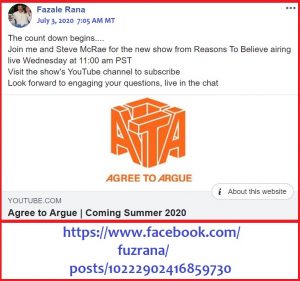 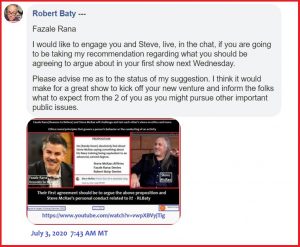 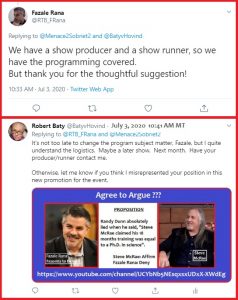 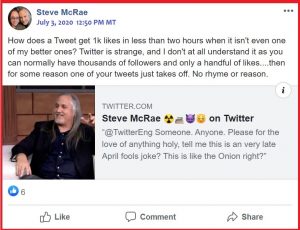 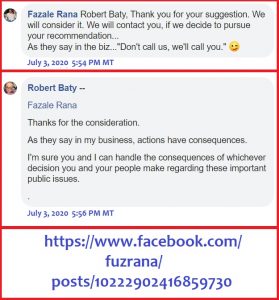 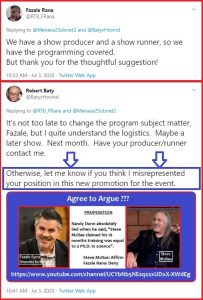 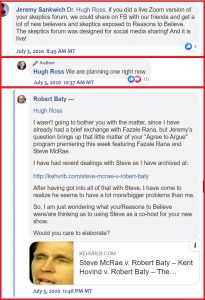 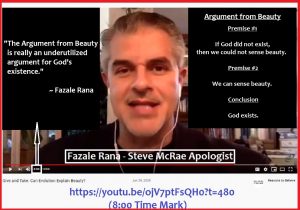 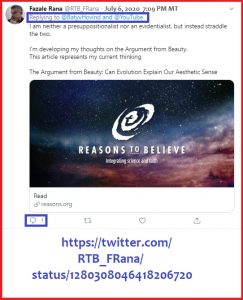 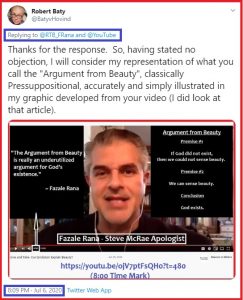 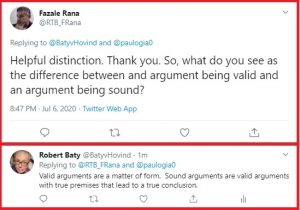 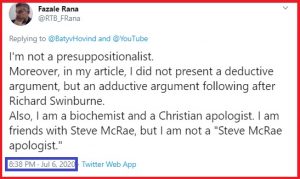 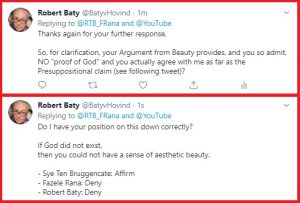 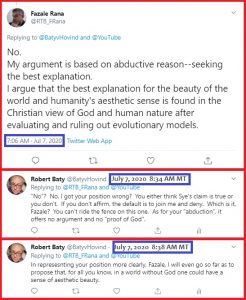 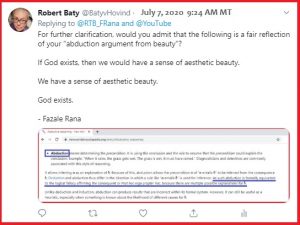 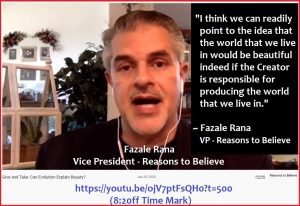 I just noticed the following from Fazale Rana, on Twitter, after I posted this article.  I think it adds confirmation to my analysis above. 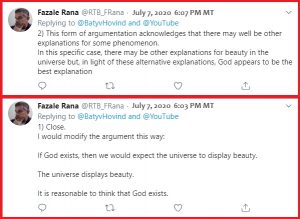 I responded to Fazale with: 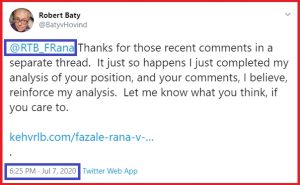