One of the recurring themes in the false legal narrative being promoted by Kent Hovind and his people is the claim that Judge Rodgers uttered the word “rape” in describing Kent Hovind and/or his crimes during his sentencing hearing in January of 2007.

Neither Kent or his people, however, have ever been open and honest in dealing with that issue and so it is to this day as evidenced by the recently released Brady Byrum production of a video series, “Kent Hovind is Innocent DVD Series”, and the YouTube broadcast by Rudy Davis, aka LoneStar1776, dated December 30, 2016.

Following is the link to and transcription of how Rudy presents the matter, lies and all, in his December 30, 2016 broadcast.

There’s some people that believe that we should

lay off Judge Margaret Casey Rodgers and they

when you don’t have a standard for truth like

zeitgeist of the times and select, for instance,

I believe two plus two equals four and no matter

what peoples’ opinions are two plus two will

amount of the public to believe a certain way then

the law, the law of the land, justice, becomes like

that law because simply because the majority of

But see, I believe justice is very similar to

mathematics and that it’s always wrong to throw

a Baptist in prison for withdrawing his own money

from his own bank to pay his own bills when he

did not raise that money illegally.

And so no matter what statute you refer to or

whatever legal argument you come up with, it’s

wrong to put a Baptist miniser in prison for nine

We are going to be promoting that Judge Margaret

Casey Rodgers needs to be impeached and convicted

in prison in a cold dark prison eating moldy food

with a, makes you want to vomit, and her family

you put an innocent man in prison nine years so

that would be 36 years for you.

You can spend 36 years in prison.

You can wake up in a cold dark prison eating food

that makes you want to vomit.

Your family and your husband and your kids will

absolutely forget who you are.

They will start to believe that you are guilty and

you deserve what you, the prison sentence that

you have and you can be, you can experience the

judgment four-fold over what you did to Kent

And let me just say two plus two equals four and

it doesn’t matter what laws or what legal arguments

wrong to put an innocent man in prison and to take

him away from his family for nine years and justice 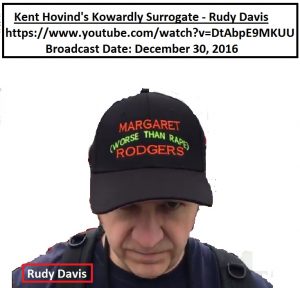 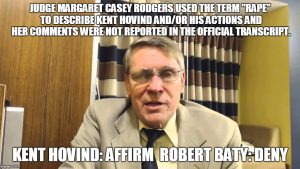 The other voice and image on the video: 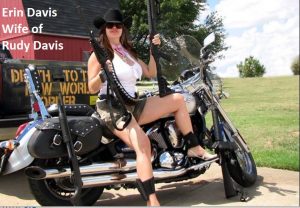