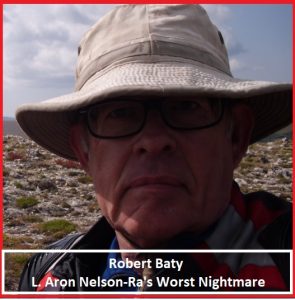 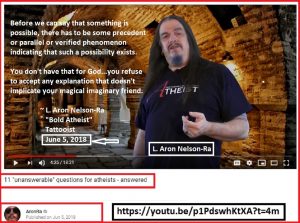 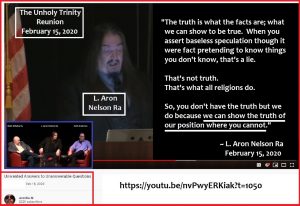 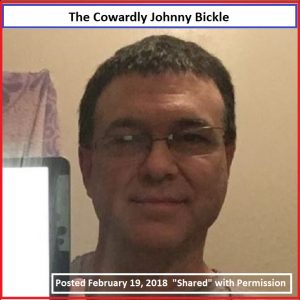 Link to thread on FaceBook page of L. Aron Nelson-Ra where the exchange took place on the dates of June 6 & 7, 2018:

Aron
.
I have been getting some flack from a couple of atheists that seem to think I have somehow misrepresented you (Brian Westley & Chris Tweety).
.
Without getting in to all the details, maybe you can at least affirm that you agree or disagree with the following claims:
.
1. The origin of the concept of God is the result of natural processes (imagination).
.
2. Ancient man had the ability to originate the concept of God through natural processes (imagination).
.
I don’t happen to agree with either of those claims.

I thought to post this message because of your most recent broadcast, and I created a screenshot to use on my Atheism 101 Critical Thinking page and in my discussion with Brian and Chris.

I legally changed it to Aron Ra.

Aron
.
You didn’t answer my earlier inquiry, and another not-so-bold atheist, Brian Westley, is prodding me to make further inquiry of you, so I thought I would pacify him with this inquiry.
.
If you accept the minor premise and conclusion of the following Argument, what is your position on the major premise.
.
That is, do you accept or reject the major premise?
.

I guess I don’t understand the question.

Either that or the answer is too obvious.

Again, I must not understand the question.

Why are you still asking it after I have already answered it?

.
Yes, man certainly can imagine gods in his own image and has evidently done so many times.

I will repeat my affirmation of your major premise that I gave when I answered your question the first time.

“Yes, man certainly can imagine gods in his own image…”

I have explicitly answered your question three times and you already knew the answer before you asked.

So don’t expect another reply.

Aron,
.
Thanks for that further response.
.
It goes a long way in vindicating my position and my representation of your position as a “Bold Atheist” who is not really so bold.
.
If you answered the major premise question even once, I missed it and you conspicuously evaded simply “affirming” or “denying” it in your last post.
.
I won’t expect another reply.
I think I got what was needed, absent an explicit, open, honest “affirmation” or “denial”.

Robert what is your position ?

And in a simple sentence, not a manifesto of nonsense.

In part:
.
My position is neither of the premises or conclusion are true; I “deny”.
.
My position is the Argument, the foundation of my Atheism 101 Critical Thinking Exercise, which developed out of my debate with Dr. Dziubla, is what the “Bold Atheists” like Aron are stuck with and yet, when presented in such a simple, logically valid format even atheists can see they have nothing but their own imagination to account for the origin of the concept/idea of God.

My debate with Dr. Dziubla, similarly, was in response to his challenge to me via the James Randi Educational Foundation Forum (has a new name now) and deals with an issue raised by Alexander Campbell in his 1829 debate with Robert Owen.

Men made gods up…what is your position?

There is no debate unless you would also like to debate the existence or the thought up existence of the Grinch.

Come out of your false character and answer simply or I’m out and will write you off as another Hovind.

See, the thing that is very different with me as opposed to other disbelievers; I make it very simple to understand.

There are no gods.

Wow!
.
That Johnny Bickle character!
.
I guess he just can’t handle the truth, but may be the best surrogate Aron has to run a little interference for him.
.
FYI – After showing up, popping off, he, Johnny Bickle, ran off and blocked me.
.
Wonderful demonstration, huh, Aron!
.
Bye, bye, Bickle! 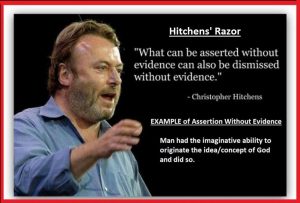 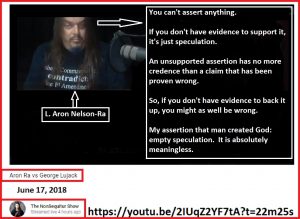 A Discussion With L. Aron Nelson-Ra

From the Above Performance

Link to clear copy of image below: 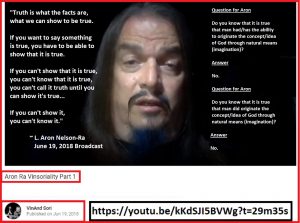 Link to clear copy of image below: 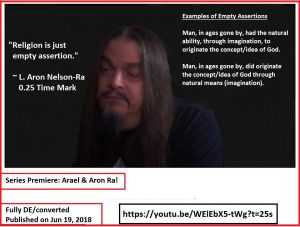 Time-marked link to comments below: 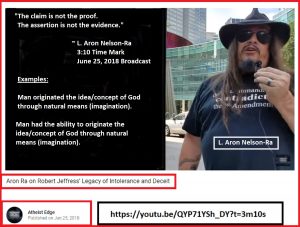 Link to clearer image of above:

Link to video illustrated below: 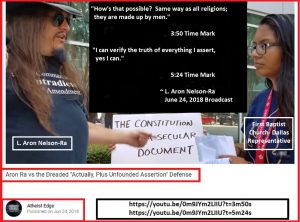 Time marked link to image below: 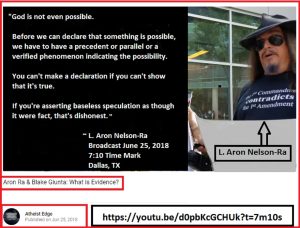 Link to clearer image of above:

Link to video below from which image was created: 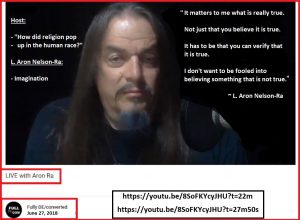 I guess L. Aron Nelson-Ra is implying that he does not propose that it is true that the origin of the idea/concept of God resulted by natural means/imagination; because he certainly cannot prove it. 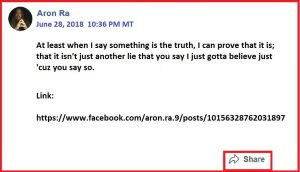 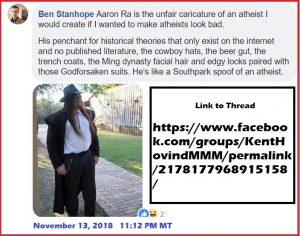 Still an issue with Aron! 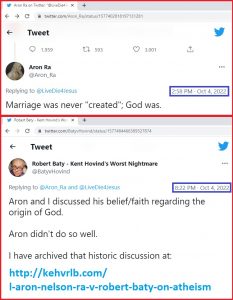 After I posted the previous tweet in response to Aron’s “God” claim, he and his people came out of the Twitter woodwork to everything but deal with Aron’s “God” claim.  Too many tweets to copy here for now.  The following reflects the final results, possibly, for now at least.  When I posted my tweet shown below this morning, Aron almost immediately blocked me and without Aron or his people openly, honestly addressing the “God” claim I challenged. 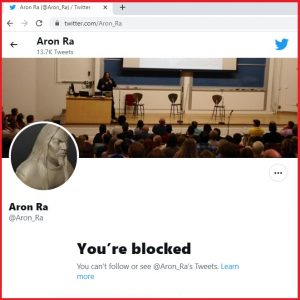 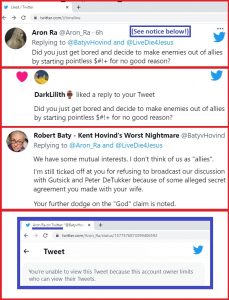 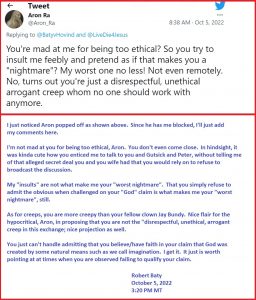 Would this have provided motivation for L. Aron Nelson to legally change his name in 2017 (as someone claimed today)? 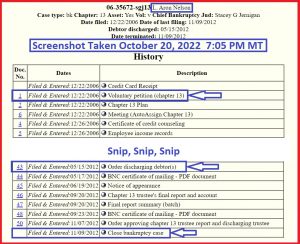 I thought it interesting that Aron appears to have never said “L. Aron Nelson” or explicitly claimed to have legally changed his name. 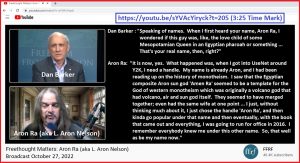