On or about the night of December 28, 2019, Robert Baty deleted from the FaceBook Group “Kent Hovind’s Worst Nightmare” a post made by Valley Perez wherein was something about the school where Shara Michelle’s son, Joseph Austin, was in attendance.

Shara raised this issue on her FaceBook page in a thread at the following address:

The following are screenshots taken from Shara’s thread: 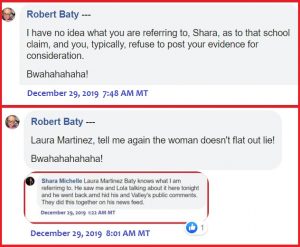 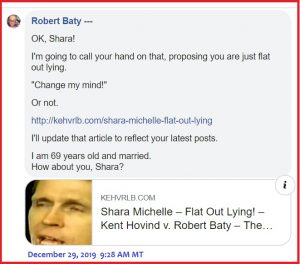 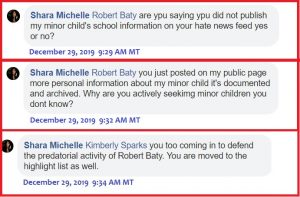 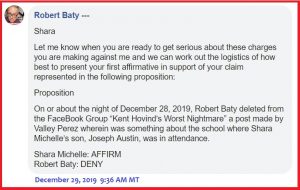 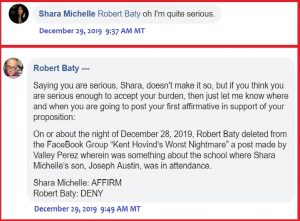 I became familiar with Shara and her work on Memorial Day 2018 when she began a live broadcast of the standoff in New Jersey between Lee Kenworthy and law enforcement/child welfare officers.  Shara has a problem telling the truth.

The above referenced claims about my deleting some comment seems simple enough, and significant enough, that it should be easily resolved in my favor.

We’ll see how Shara handles this matter (one of many she has refused to openly and honestly deal with regarding our differences).

And the winner is: 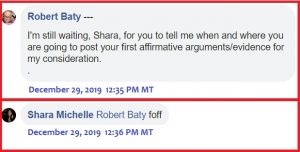 Go figure!  Now that that is all over, Shara’s friend with benefits shows up to express himself in her defense.  Bwahahahahahahahaha! 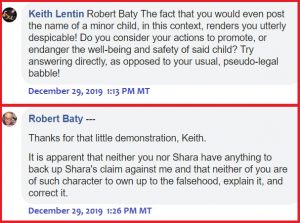 Then Shara rides in to try and help out her friend with benefits! 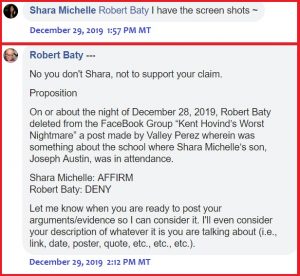 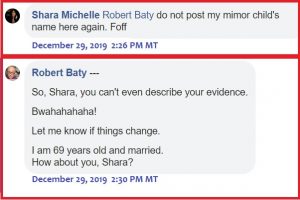 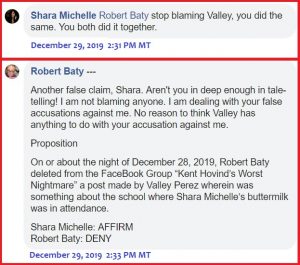 Hopefully we are close to wrapping this up! 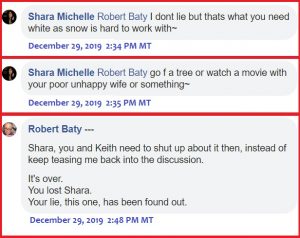 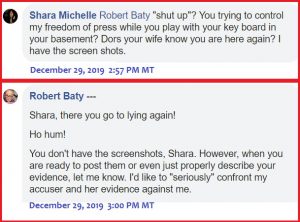 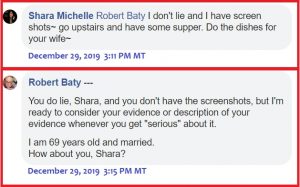 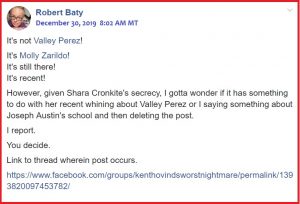 I sent Shara a message about it via her FaceBook thread at the following link, and so there is this! 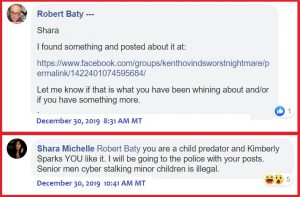 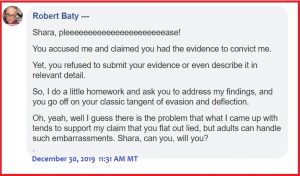 Bwahahaha!  Shara’s thread at the following link, which is referenced above and was where we were chatting, has disappeared from public view.

Shara tells another whopper (i.e., flat out lies) today in her thread at:

The above was posted as the cover photo for the “Kent Hovind’s Worst Nightmare” FaceBook page and also posted to Shara’s thread at: 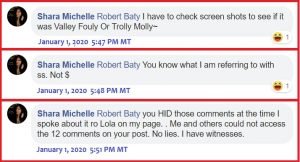