As most of you are aware, Christian had his traffic ticket hearing this week.

What you might not know, is that he refused to “submit to the jurisdiction of the court” (as if that is something you can legitimately do), and would not approach the judge.

So if anyone still had any doubts that he is firmly entrenched in the sovereign citizen ideology, have no more doubt about it.

He’s now blatantly and explicitly telling the court that it’s rules don’t apply to him and that the court has no jurisdiction over him.

The court is doing what many courts do when confronted with these shenanigans.

It just interprets it as a not guilty plea and forces them to have a trial.

The trial will be held July 17th. 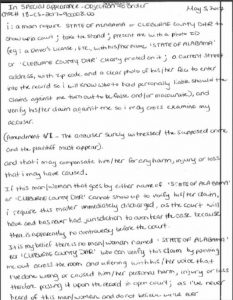 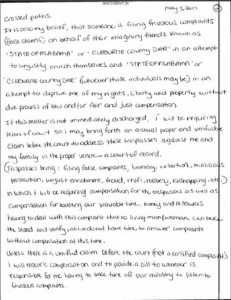 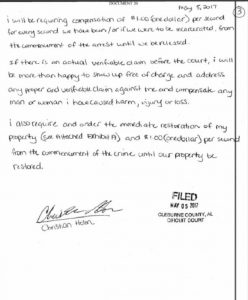