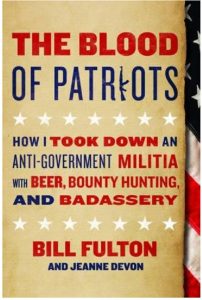 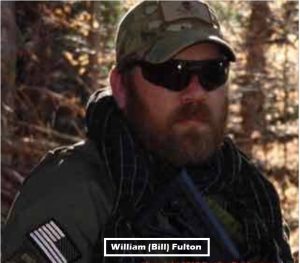 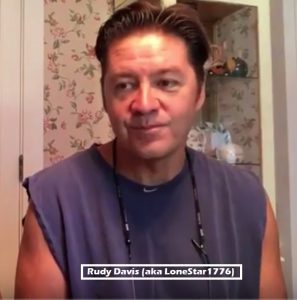 Some might recognize Schaeffer Cox as Rudy Davis’ (aka LoneStar1776) number one cause these days, and Rudy doesn’t appear to like William (Bill) Fulton in the least.  Bill wrote a book, that has recently been released, detailing his involvement in the Schaeffer Cox and related cases.

Today, Rudy took to the YouTube airwaves in an attempt to justify a complaint against Bill and his book.  To me, it seems to have backfired and demonstrated how desperate Rudy is to find something to complain about.

This article is simply my attempt to archive the issue and show how Rudy’s effort fails to do what he claims for it.

Consider the difference that might be noted between the following two claims:

Bill Fulton’s book claims Schaeffer beat the xxxx out of his wife.

Bill Fulton’s book reports a conversation during which Bill Fulton said that Schaeffer beat the xxxx out of his wife. 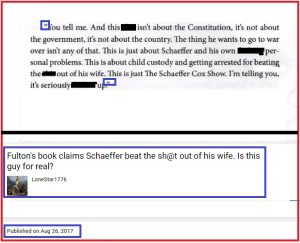 Alright, peace and blessings everybody.
.
It’s Saturday, August the 26, year 2017.
.
This video will have reference to cuss words,
words so be aware of that before you go any
further.
.
This is a scan of Bill Fulton book.
.
I refer to Bill Fulton’s book as a God hating Judas
justifying snitch glorifying government lies and
propaganda.
.
This right here is a scan of page 148 of chapter 15.
.
Notice that this is bill Fulton, supposedly, although
I doubt bill Fulton wrote any of it.  All came from
Jeanne Devon, but it says this is about child custody
and getting arrested for beating the s-h-i-t out of his
wife.
.
So they want you to believe that Schaefer Cox beat
the s-h-i-t out of his wife.
.
Well we have the pictures that were taken by the
police that night.
.
We have a retraction from Marty.
.
I’ll put all this out in videos before.
.
I suspect that when bill Fulton wrote in his book that
Schaeffer beat the s-h-i-t out have out of his wife that
he didn’t expect anybody make anybody to make a
video and show the actual police pictures that were
taken that night.
.
Does that look like a woman that has the s-h-i-t beat
out of her.
.
Marty Cox wrote a retraction said that the thing was
blown way out way out of proportion by the mother-
in-law who holds a belief that Schaeffer should not
speak out against the government.
.
That’s the kind of people that we’re dealing with when
you deal with Bill Fulton.
.
He lies.
.
Jeanne Devon also lies.
.
They justify being a Judas Iscariot.
.
They try to glorify being a government snitch and their
definition is anybody who unquestionably follows orders
from a satanic Federal Bureau of Investigation and
Department of Justice.
.
I hope you’re putting your thinking cap on and I hope
you understand that there’s a battle going on here and
it’s a battle for the freedom of Schaeffer Cox and I hope
you’re putting all this stuff into perspective.
.
– Rudy Davis (aka LoneStar1776)
– August 27, 2017 (broadcast date)
.