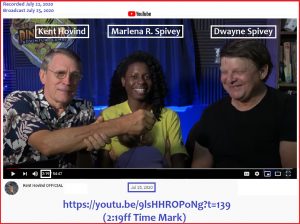 (Thread has since been removed from public view!) 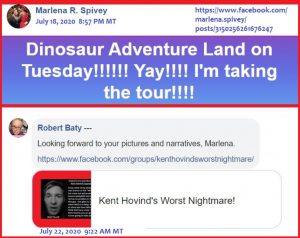 I later posted another comment to Marlena’s FaceBook thread noting her appearance in Kent Hovind’s promotional video, but I seem to have failed to have made a screenshot of that.  She did not respond and I was thinking that was the end of that discussion.

Then, quite strangely, Jonathan Jones “reacted” to some of the comments in my Kent Hovind FaceBook group which addressed Marlena’s visit.  Jonathan was not a member of the group.  Then Jonathan contacted me via FaceBook Messenger and a rather strange exchange took place as shown below.  In the end, he blocked me and has not contacted me since. 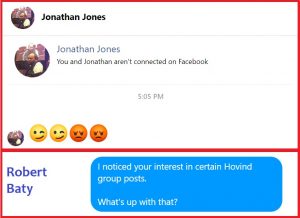 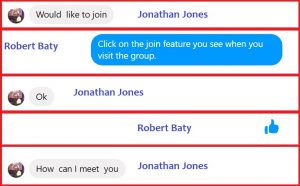 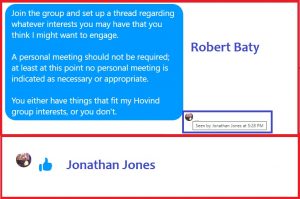 Jonathan blocked me instead of join the group! 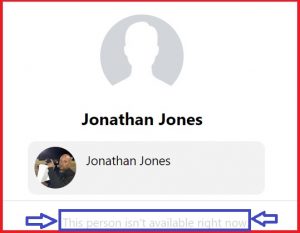 That led me to post a new thread in my Hovind group to report the strange behavior of Jonathan Jones.  At the time I was unaware of who he was or what he was up to.  Now it appears he works with Marlena R. Spivey at WLTZ, a television channel operating out of Columbus, GA.

Upon noticing the WLTZ connection, I wrote to the station via their on-line feature and made an inquiry as to what the station might know about what Marlena and Jonathan are up to in this matter. 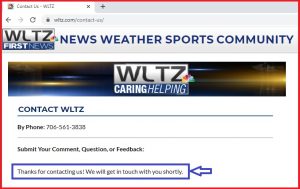 Perhaps it was just coincidence but, some time after Jonathan blocked me and I sent that inquiry to WLTZ, Marlena started posting again to her page thread dealing with the Hovind conpound visit.  That discussion is shown below. 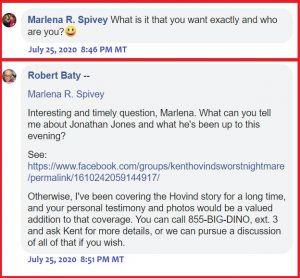 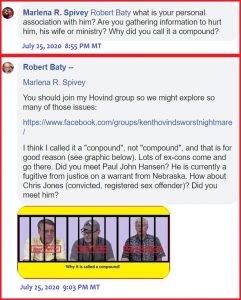 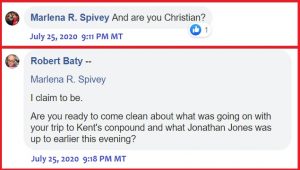 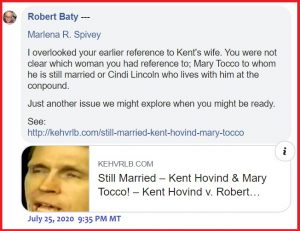 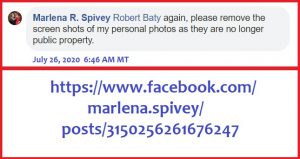 As I was still trying to figure out who Marlena R. Spivey is I looked up and posted various images indicating she is some kind of reporter, or was, and is on the staff at WLTZ and Jonathan Jones seems to be a cameraman for WLTZ.  However, for whatever reason, I did not find a reference that actually gave notice as to what position Marlena R. Spivey and/or Jonathan Jones have with WLTZ now.  I assume they are still there and that the station simply doesn’t post such information on-line.

Following are images which I gleaned from on-line, public, “share” resources giving some insight into who these people are that don’t want to actually talk about Kent Hovind and what they were doing on his conpound.  These are such as Marlena indicates she wants removed, but she was not specific as to which ones are all of them. 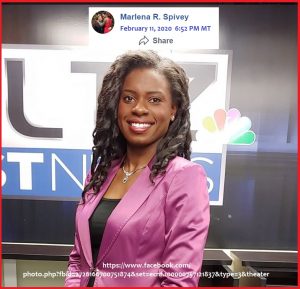 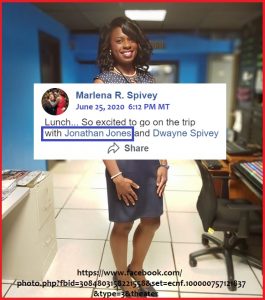 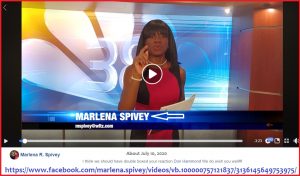 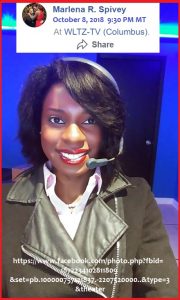 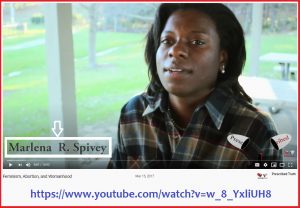 Looks like Marlena may have recently left her job at WLTZ in order to be a stay-at-home mom. 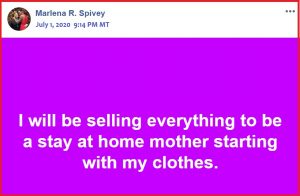 It’s been a month, and she didn’t do it yet! 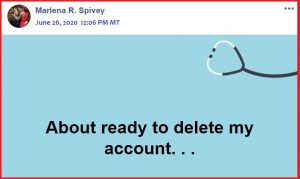 It’s 6:15 PM MT, July 26, 2020, and I just noticed that Jonathan Jones has unblocked me on FaceBook.  Maybe that is because he figured he could not keep an eye on me or mount an attack on me and my group if he had me blocked.

I asked WLTZ via FaceBook Messenger about the Spivey – Jones antics and got a response as shown below: 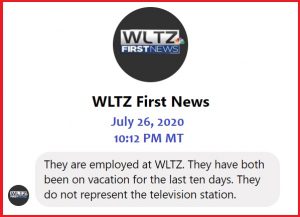 I guess Marlena did not stay home long!