I thought I would post this report in light of my exchange today with Ernie Land, Kent Hovind’s handler who has a problem with being open and honest about what he knows about important public issues related to what he is and has been involved.

As some are aware, Brady Byrum has been, effectively, in hiding since Ernie Land made us aware of Brady’s secret involvement in the “Baby Holm” custody case out of Heflin, AL.

Kent Hovind claims that Brady spent 15 months working on Kent’s “innocence” project (see link in references below); 5 or so of which were spent on Kent’s 145 acre compound near Lenox, AL.

I have recently noticed reports alleging Brady Byrum is a child molester who is not allowed to be alone with his own children (he’s divorced).

With Brady being a “sovereign citizen” sort, it is also not surprising that reports also indicate he has had his car impounded because he had no license or registration.

I had occasion today (September 15, 2017) to ask Ernie Land about the latest on Brady, and the following exchange took place on the FaceBook page of Peter J. Reilly. 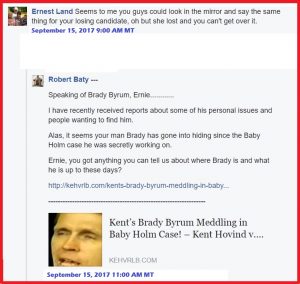 Maybe we will find out more about Brady Byrum and what is up with him.

Some may recall that Kent Hovind was recently found to be fraternizing, apparently in violation of his federal terms of Supervised Release, with a convicted child abuser and trying to get Billy Summers, a now-former supporter of Kent, to help the guy out by promoting his, similar to Kent’s, “I am innocent” promotions.  Billy would have none of that, part of what led to him being a former Hovind supporter, and has documented that in YouTube videos/recordings.

Others have suggested that Kent Hovind has been knowingly fraternizing and promoting a “rogues gallery” of people who have been willing to come and help him develop his 145 acre compound near Lenox, AL.

Indeed, the privacy surrounding those who come and stay and come and go at Kent’s compound appears to be for not-so-good reasons in many cases. 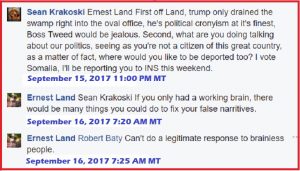 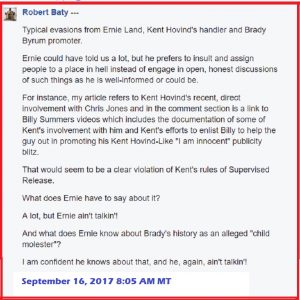 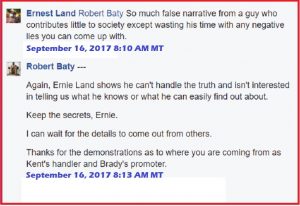 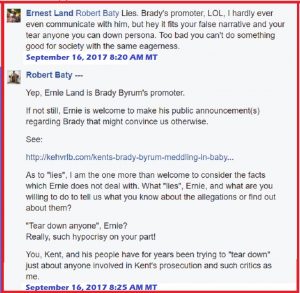 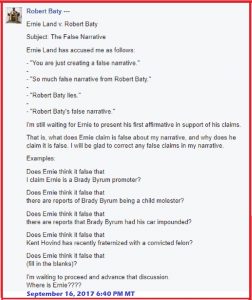 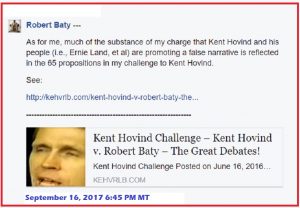 Earlier “Who Is Brady Byrum” Article: 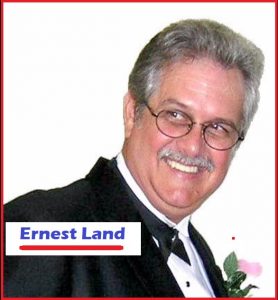