Regarding the quality of reporting by the New York Post:

“Overall we rate the New York Post on the far end of Right-Center Biased due to story selection that typically favors the Right and Mixed (borderline questionable) for factual reporting based on several failed fact checks.” 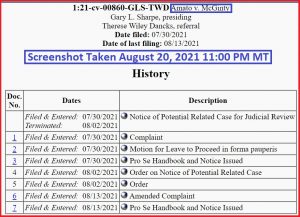 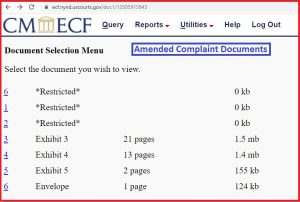 The New York Post article mentioned that Judge McGinty was to be deposed yesterday in the related case of Alana Orr.  Frances Amato was dismissed from that case.  Frances Amato may be hoping to get her own deposition with Judge McGinty, but I don’t think that is going to happen.  I think Frances Amato’s new case, referenced above, will ultimately be dismissed as was her earlier attempt to sue Judge McGinty.

Below are the restrictions the Court put on the deposition of Judge McGinty.  I suspect Orr and Amato may have trouble keeping their mouths/keyboards shut about the matter.  We will see. 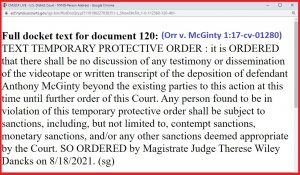 For all of her experience with federal cases, Frances Amato is talking big and as if she doesn’t know how things work in federal court.  She has posted the following 2 messages to her FaceBook page.

Criminal charges are not “pressed” by civilians.  Frances might whine all she wants about alleged criminal activity, but it’s up to law enforcement to “press criminal charges”. 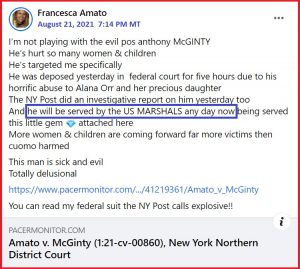 Judge McGinty is no where near being served in Frances’ suit referenced above.

I decided copying Exhibits 3, 4 & 5 for this article was appropriate and they are listed below!

Frances Amato is getting a little threatening, as have so many others (i.e., Kent Hovind), by invoking God and suggesting God will “get McGinty”!

For reference and background, here is a link to a New York Appeals Court case on the custody matter; from 2018.

So, seems to me, Frances filed her own new lawsuit in hopes she could get her own deposition out of Judge McGinty.  I don’t think that is going to work for Frances.  We will see. 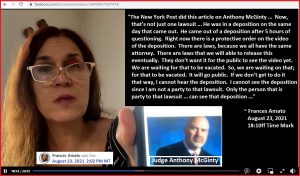 I report.  You decide. 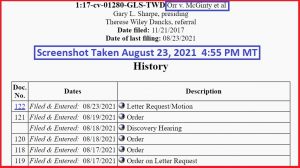 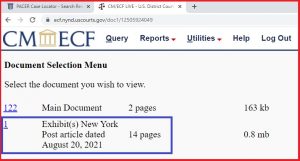 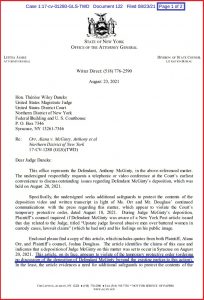 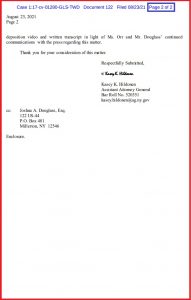 Alana Orr gets a pass, for now, regarding the Attorney General’s concern over the New York Post article about Judge McGinty’s deposition. 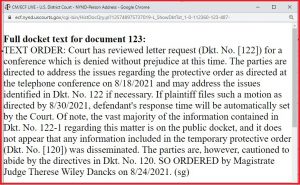 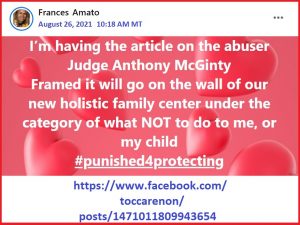 The Court has been cleaning up the docket record in the Amato v. McGinty case.  Following is the latest updates with the files containing the amended complaing and Exhibits 1-5. 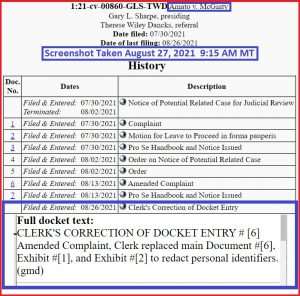 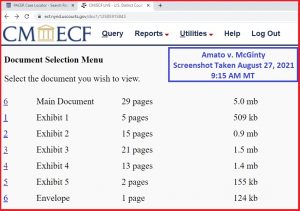 Someone could have a problem regarding Exhibit #2, the Beesmer Criminal Record!  I report!  You decide! 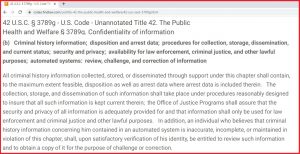 Alana Orr really, really wants to have the McGinty deposition released to the public!

Judge McGinty has filed his brief in support of his motion that the deposition not be released.

McGinty Brief in Orr Case Regarding Release of Deposition 09132021

McGinty files another motion alleging Orr in violation of protection order as to deposition; wants hearing! 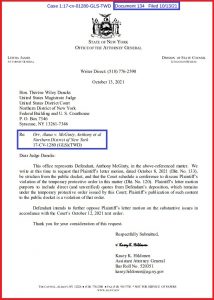 Seems Frances failed to keep the Court advised of her address!  She did, however, amend her request for “pauper” status and provide her super secret address to the Court (redacted from exhibit below). 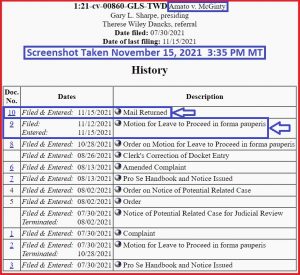 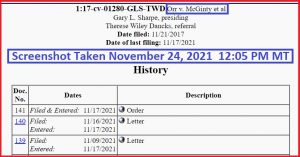 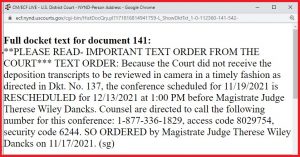 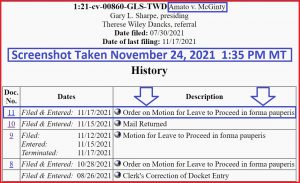 Another woman, Tammy Terpening, joins Orr & McGinty in trying to “get McGinty”: 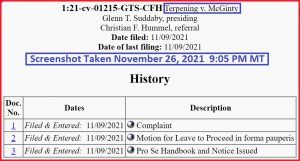 A little more progress in the Orr case: 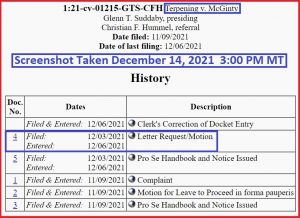 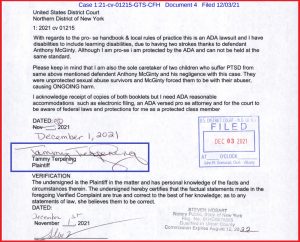 Orr and Amato both lose in latest round of decisions by the Federal District Court! 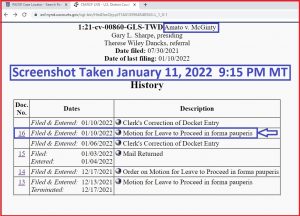 Orr gets Show Cause Order for alleged violations of protective order! 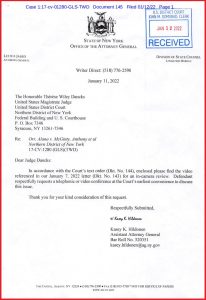 Judge McGinty, in the Orr case, asks Court to stay proceedings pending a resolution of the Show Cause Order directed at Orr, as indicated above. 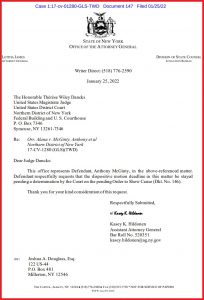 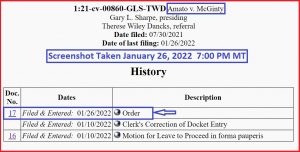 Orr’s lawyer pleads guilty and wants to apologize to the Court and Defendant. 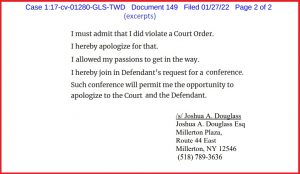 Summary Judgment Motion in the works in the Orr case, and it looks like it is more likely to be granted than not; in my opinion. 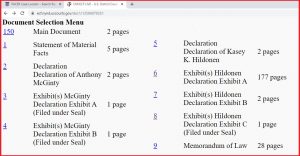 Judge McGinty responds to Orr’s response to Show Cause regarding the imposition of sanctions, and Frances Amato is featured prominently in Judge McGinty’s response.

McGinty Responds to Orrs Response to Show Cause 01102022 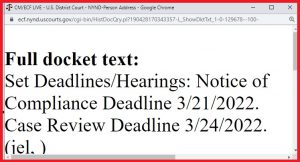 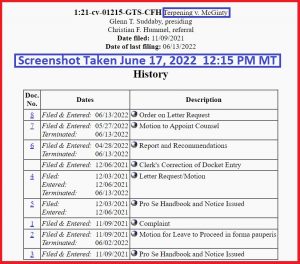 Is a dismissal coming next?

ORDER and JUDGMENT in the case of Alana Orr!

Related Articles on This Site