Daniel Blake Turner strikes me as a local “tough guy” in the Calhoun County, AL area.  My first familiarization with him came when he, allegedly, assaulted the granddaughter of Alabama State Representative Steve Hurst with consequences involving the Rep. Hurst, her parents, and Daniel Blake Turner.  That matter, to my knowledge, has yet to be resolved.

Daniel Blake Turner has returned to the news and he appears to have “upped his game” to a degree that just might, finally, allow him to spend some serious time behind bars.

Sheriff: Daycare owner a “hero” for standing up to armed man

CALHOUN COUNTY, AL (WBRC) – Calhoun County’s sheriff is calling a daycare director a hero, after a man pulled out a rifle and threatened to shoot every adult and child in the place.

Wade says it happened around 1:30 pm. at Friendship Childcare Center, located on Dewey Drive. It has an Oxford address but is in the Calhoun County Sheriff’s Office jurisdiction.

Wade says Turner demanded his daughter, but the daycare’s owner and director, Kimberly Gregory, knew he had a protection from abuse order filed against him earlier this week, and refused to let him in. That, after he made several threats.

“He then gets a long gun, a rifle out, starts loading the rifle, saying he’s going to kill her and everybody inside, if she doesn’t give him the child. She still stands tall to this armed man and doesn’t give into him. Instead, she says, ‘I’ve called 911, police will be here any minute.'”

That, Wade said, led the man to leave the premises in his Dodge Ram pickup. Deputies, along with Oxford police, Oxford’s fire chief and a park ranger, arrived moments later.

Wade says he was able to get the man’s cell number and called him, talking Turner into driving to the sheriff’s office in Anniston to turn himself in.

After Turner was booked, investigators seized his pickup and the rifle, and got a warrant to take his other firearms as well.

Wade said Gregory had moved all of the children to a safe room and had ordered her employees to protect the room and the children any way they could.

“This woman, I call her a hero, I call her brave,” Wade said, noting the incident the same day 14 people were shot at a school in Parkland, Florida. “‘You stood tall to a man with a gun,'” Wade recalls telling her, “and you kept him out of your daycare and you kept those children safe.” 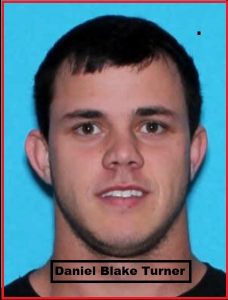 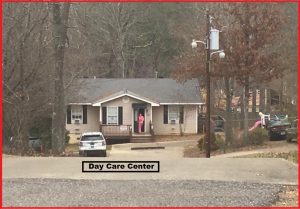 Katie Watson is, supposedly, the mother to Daniel Blake Turner’s daughter and she posted the following today. 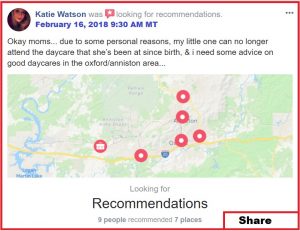 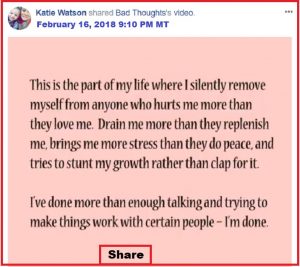 Blake Turner is in jail waiting to go to court on Katie Watson’s case.

He has been in so much trouble with the law.

Was arrested several times since the day care instance.

He has certainly been a menace to society.

There has been other girls that he treated the same way

but they are afraid to testify for Katie.

Continue to do the good job that you have been doing

I admire you for getting involved.