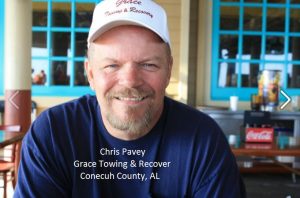 I live in the area that you are seeking to purchase land for your new Dinosaur Adventure Land.

As a potential neighbor to you, I have attempted to contact you by email asking you to call me that we may have conversation, yet you chose not to call me.

Now sir, I wish to state that I am a Christian and fully support the ability of God’s people to bring Glory to his name and leading the lost to Christ as their personal savior.

However, I have concerns about your past that are quite disturbing.

I wish to say that before I walked into the Kangaroo gas station a couple of weeks ago at Highway 41 and I-65 and the woman there telling me that the land next to my farm was being purchased for a water park, I had never heard of you.

The loud noises sweeping across the open field to bother my evening of watching the animals graze in my fields.  The potential for other bustling noises and people which just goes against the grain of this area.

This is my concern and the reason for which I wished to speak to you.

Having said that, I began to investigate who my new neigbor was going to be and boy was I in for a shock.

I have spent much time investigating your issues and I am really concerned of the person you are.

Now, I am not casting the proverbial stone as I have many issues in my own closet, but as a man of God, which I am not, YOU have a DUTY to present yourself above the rest in service to God.

You continuing to fight and keep the fray alive is a detriment to your ministry and is hurting the God that you serve.

But above all that, the one issue that really irritates me is the treatment of your wife.

To me, that shows a lack of morals that makes you unfit.

In my opinion, if the time came that I was being charged with any crime, I would have plea bargained to make sure that my wife did not suffer for my wrongs.

Before you can fix any of this, you must accept responsibility for your wrong doing.

The Federal Government just doesn’t pick a minister out of the blue and say let’s get him for tax evasion.  My father was a Pastor when he was alive, and my ex father-in-law has served God for 65 years as a a Pastor, and never once was investigated by the IRS.

Matter of fact, his precious wife worked for the IRS.

God will not bless you or your ministry as things are now.

Yes, you may get the money together to buy your land and defeat the IRS by putting it in someone else’s name but then again maybe you won’t.

God protects those that serve him and those he loves.  Lord knows he has protected me all my life and yet I have failed him every day in my service to Him.

As I said, I fail him daily and feel compelled to tell you that the main purpose in our lives as Christians is go and teach those about Christ, not to argue or debate aspects that have no bearing whatsoever on whether a person accepts Christ as their Savior.

When I see you antagonize atheists on your program, I think that you should pray for them rather than incite them to hate you anymore.

Just a word from a sinner who is saved by the Grace of God and fails him daily.