The posting by Robert Baty to his FaceBook group of the document screenshot below was a criminal act. 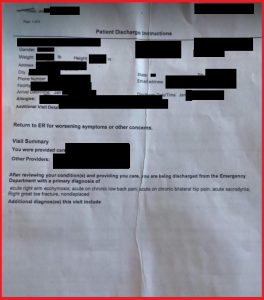 I, Robert Baty, am still waiting for Shara Michelle (affectionately known as Sharon Cronkite because she is a wannabe “journalist”) to present her first factual and legal presentation in support of her accusation against me.

I have pledged to accept her claim, if convincing, or respond explaining why her effort has failed if it does not appear convincing; with the discussion to proceed from there as necessary.

This controversy involved the developing case of Jamie Wehrheim-Johnson (just one of many names Jamie has used over the years) and her disputes with local authorities, including child protective services, in the Indianapolis, IN area (Hendricks & Marion Counties).

On January 24, 2021, Jamie was arrested by Avon, IN (Hendricks County) police on suspicion of theft from a local Meijer store.  Jamie, allegedly, resisted that arrest and some sort of scuffle occurred.  Jamie has claimed the scuffle resulted in injuries to her and that there was “excessive force” used to affect her arrest.

On January 25, 2021, Jamie’s bond on an earlier case was revoked, based on her above arrest, but not before she had been released from jail.

On January 26, 2021, a warrant for Jamie’s arrest was issued on the earlier case.  Jamie, at the time of this writing, appears to be a fugitive from justice.

On January 28, 2021, Jamie visited a local emergency room and made certain complaints about her aches, pains and injuries.

On January 29, 2021, Jamie posted on her FaceBook page some pictures; including 3 pictures allegedly reflecting her leg(s) with a “boot” on one foot. 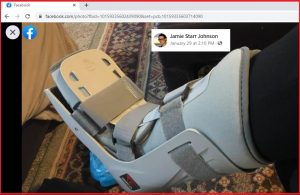 The following appears to be the same “boot” shown above:

Numerous allegations have been made regarding Jamie’s alleged injuries and the causes, by Jamie and Shara, that have been the subject of some concern.

As that story developed, I came into possession of the document noted at the beginning of this article, and posted it.  I added substantially more redactions than the document I received.

Some have concluded that the document is a record of Jamie’s emergency room visit and reflects aches, pains, and injury that Jamie has complained about for years (a toe injury being something Jamie complained about in December 2020).

While it appears Jamie has consulted with a private attorney (she has a public defender for the related criminal case), it is not know whether or not Jamie has filed a formal “excessive force” complaint with the Avon Police Department, or her plans to do so.

Amidst the social media banter about Jamie and her case(s), Shara Michelle has been explicit in repeatedly accusing me, Robert Baty, of a criminal act in posting the above referenced document.

Shara has been invited to prove up her accusation with facts and law, but, so far, has refused to do so; while continuing her accusation(s) against me.

As indicated in the screenshot below, Jamie appears to be aligned with a local “1st Amendment Auditor” and is hinting at suing the Avon Police Department over her arrest on January 24, 2021.

Link to Jamie’s page thread from which screenshot below taken: 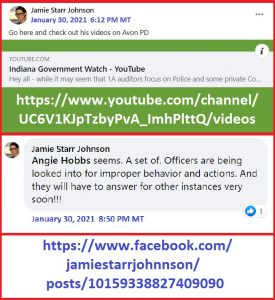 Links to some of the articles about Shara on this website: 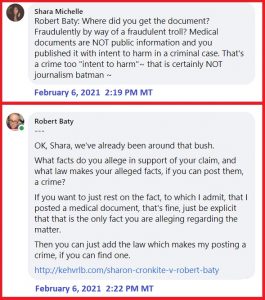