Shara has removed that video from public view on her FaceBook page, but it was captured and preserved at the following link:

In that video, Lee did what he typically does, but possibly to a greater extreme.  That is, he came across as one with mental illness and/or drug/alcohol problems that are not being properly treated.

Typically, Shara acted as his enabler on behalf of Freedom Public Press (Shara’s alias) and participated in a lot of touching between Lee and herself, which is the focus of this article; to illustrate how the hyper-sexual Lee Kenworthy (he used to brag about having sex 3 times a day when he was married to Shayling) treated Shara during the interview (or whatever one might want to call it).

Samantha Brown, Lee’s girlfriend, was also present and part of the event, whatever it was, and she may have enjoyed the touchy-feely antics as much as Lee and Shara.  Lee also has a history of having an “open marriage” and enjoying group sexual activities.  Samantha appears in some of the images below.

I have no information regarding what might have transpired after the public broadcast as to Lee, Samantha, Shara, and Keith Lentin, Shara’s boyfriend/husband or other parties.

The images below were taken from points throughout the performance and may be considered separate touching events. 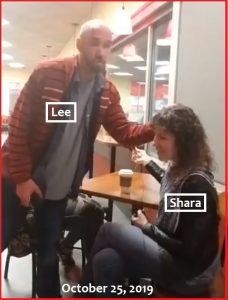 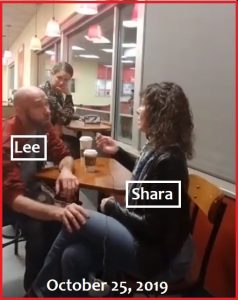 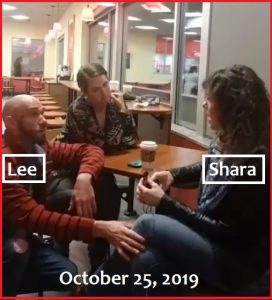 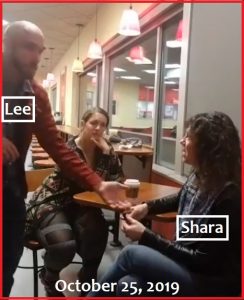 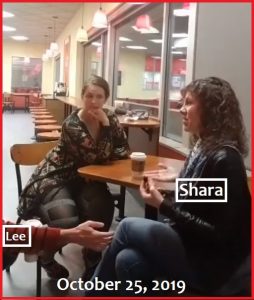 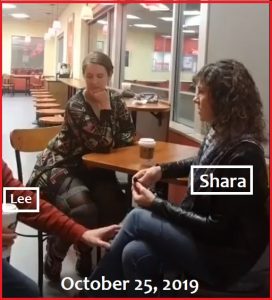 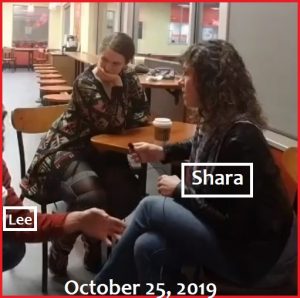 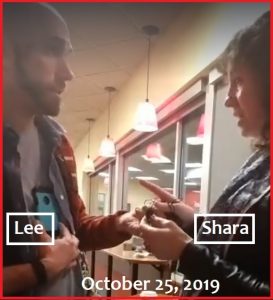 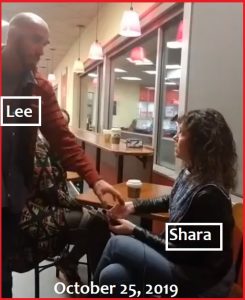 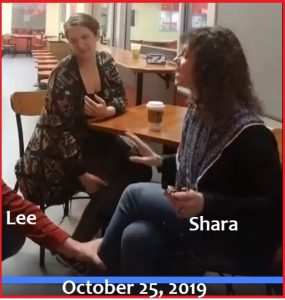 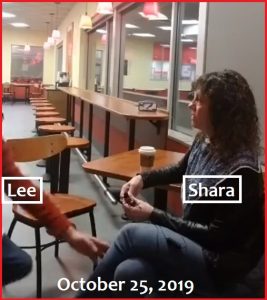 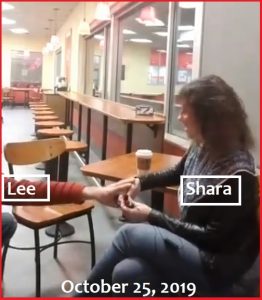 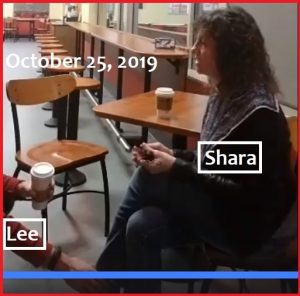 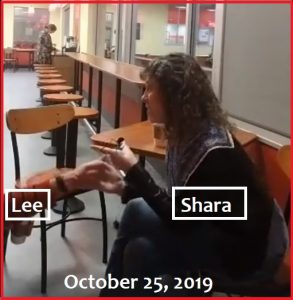 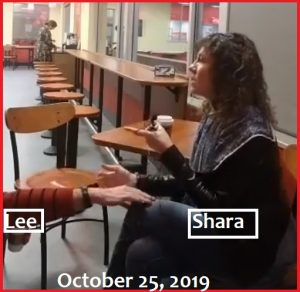 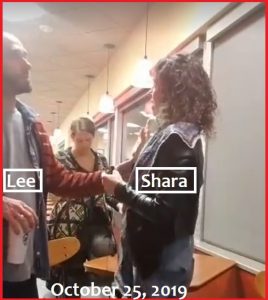 Shara has indicated that she will make a public statement regarding her removal of the video from public view.  However, many hours have passed since she posted that claim, and no such statement has been noticed.

Since the above-referenced “last interview”, it appears Shara, Lee & Samantha have had something of a falling out that is keeping the post stirred as represented by the following cryptic message posted by Shara to her FaceBook page at: 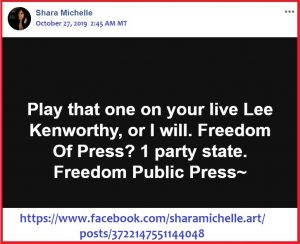 You can go to the link above and review the various and sundry messages in that discussion thread. 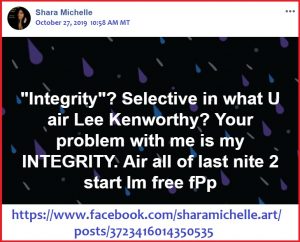 Same ol’ Shara.  Go to link above to thread on Shara’s place for the continuing discussion about all of that.  Here are just 2 posts in that ongoing discussion.  Shara appears unchanged and promising to reveal something, at sometime. 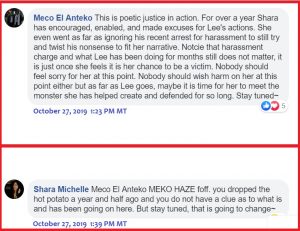 Lots more at Shara’s place, but this one caught my eye: 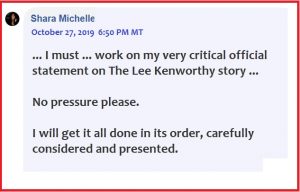 Another cryptic one-liner from Shara.  I don’t think she knows how to actually write a narrative regarding her relationship with Lee Kenworthy and Samantha Brown, and I get the impression she hasn’t really changed much regarding her social media antics and preference for secrecy.  Go to link below for comments following the opening post in her latest thread. 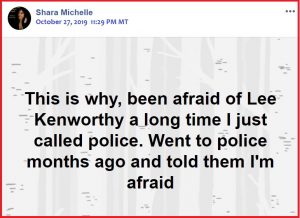