↓
Home→Lee Merritt – Time To Give An Answer!

Lee Kenworthy has been boasting he has hired nationally known civil rights lawyer Lee Merritt to represent him.

I, Robert Baty, have asked Lee Merritt about a dozen times to provide a statement regarding his involvement in the Lee Kenworthy cases and he has steadfastly refused.

Now Lee Kenworthy is trying to sue me in federal district court in New Jersey.

Lee Merritt, are you listening?

It is time for you to give an answer! 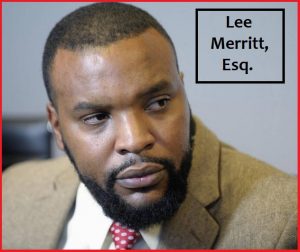 Lee Kenworthy’s federal complaint against me and others is in the file below: 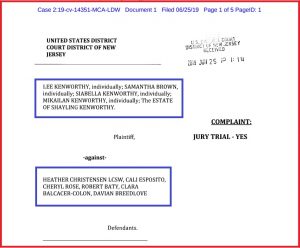 Most recently Lee Kenworthy has boasted of his having retained Lee Merritt in a filing in his separate wrongful death action in federal court (which is on the verge of being dismissed).  Following is the file containing that document with an excerpt following.

“I (Lee Kenworthy) seek a 2 month to undetermined time as we are truly at the will and mercy of the federal court and state of New Jersey for a continuation so my retained attorney Lee Merritt esq paid 5k in February and trying to come on since can and may formally make appearance in good standing once the retaliation his office is experiencing subsides hopefully with your honors assistance and he is given way to make said appearances without further inference or hindrance from the state of New Jersey to further deny his clients Shayling Kenworthy estate and family justice and the federal court must allow him to end the undue harm threats separations and retaliation that the Kenworthy family specifically and everyone who seeks to help from lawyers to reporters (Shara/Sharon Cronkite Michelle Wolf Donato Austin Lentin) endure with regards to threats retaliation and pressure delays surrounding our case and civil rights.
.
No motions or timetables without Mr Merritt being allowed to come on record should be allowed causing prejudice and possible discrimination and dismissal due to lack of knowledge on my part pro se when especially when I’ve retained Mr Merritt who is being blocked retaliated against deliberately for taking on my family’s wife’s Shayling Kenworthy’s estate case.”

As a courtesy to the Court, I have mailed the following letter to be entered into the record in the case Lee Kenworthy is trying to prosecute against me.

(Begin Letter to the Court)

UNITED STATES DISTRICT COURT
DISTRICT OF NEW JERSEY
Case 2:19-cv-14351-MCA-LDW
Filed 06/25/2019
LEE KENWORTHY, et al,
PLAINTIFFS.
v.
HEATHER CHRISTENSEN, LCSW,
CALI ESPOSITO,
CHERYL ROSE,
ROBERT BATY,
CLARA BALCACER-COLON, and
DAVIAN BREEDLOVE,
DEFENDANTS.
LETTER TO THE COURT
It has come to my attention that a LEE KENWORTHY has filed a COMPLAINT in your Court against me and certain other individuals.  Your records show it was filed on June 25, 2019 and entered on June 27, 2019.
This letter is to advise you that it is my opinion, after covering the Lee Kenworthy story for over a year, that he has a long history of mental illness, treated and untreated, and is not mentally competent to properly prosecute any such lawsuit pro se.
As your Court has an extensive record of Lee Kenworthy’s legal antics, with and without representation, as well as the present COMPLAINT, you should be able to review the record and make your own determination that his pro se filings bear evidence of mental illness and incompetence.
I would recommend you take action to try and resolve that issue before allowing Lee Kenworthy to further advance his case.
Otherwise, on the merits, his case has none and is clearly frivolous, being, in essence, an attempted strategic lawsuit against public participation against people who have disagreed with him and his antics.
I will look forward to your further action in this case.
Sincerely,
Robert Baty
IRS Appeals Officer, ret. 2005
June 28, 2019

(End Letter to the Court)

My Position on “Who Killed Shayling Kenworthy” 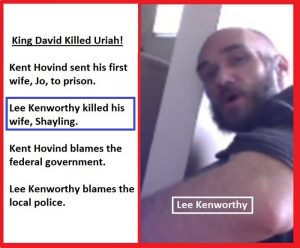