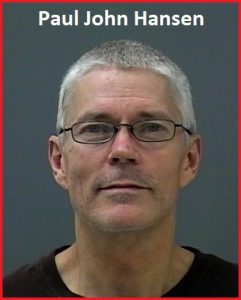 Paul John Hansen is a sovereign citizen celebrity of sorts from the Omaha, NB area, but in recent years he has been aligned with Kent Hovind and is reported as living in Kent Hovind’s neighborhood near Lenox, AL.

Paul has spent time in jail with Kent Hovind and is responsible for much of his latest legal shenanigans.

For instance, Kent’s recent $500,000,000.00+ federal suit to try and overturn in 2006 convictions and receive compensation for his troubles in spending almost 9 years in prison!

That case, about a year since its filing, was recently dismissed as “frivolous and delusional”.

In December 2020 Paul also filed a federal suit in California on behalf of T.J. Herbst.  T.J. Herbst has hired Paul to set up a bogus “corporation sole” to which he transferred certain real property which was subject to a mortgage on which T.J. Herbst quit making payments.

This article is designed to present information about the Herbst case which is on the verge of being dismissed.  However, while the federal case might not reach the related issues, it appears Hansen’s setting up the bogus corporation for Herbst and the related mortgage shenanigans has been an attempt at fraud. 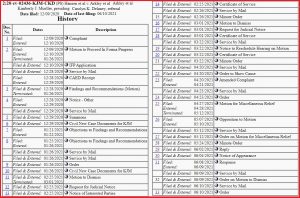 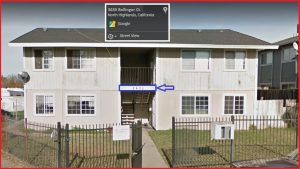 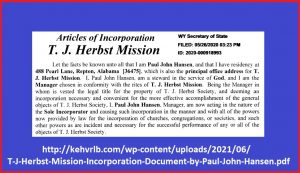 (excerpt regarding property noted above) 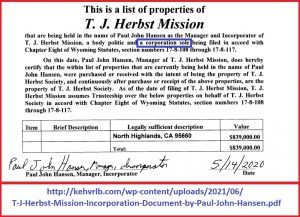 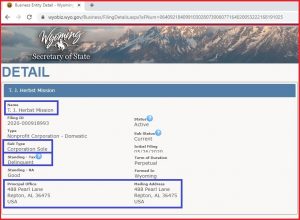 Paul John Hansen advertises his services as a “lawyer”, and has been recommended by Kent Hovind.  It is not known how extensive his “legal practice” might be.  The Herbst case may just be one example of extensive activity with such efforts. 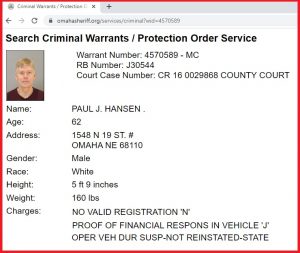 One of Hansen’s other clients, I just noticed, is one Thomas Hird who was recently convicted, in part, for income tax crimes.  Hansen reports on this on his website at: 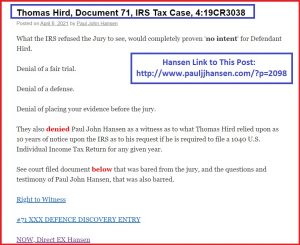 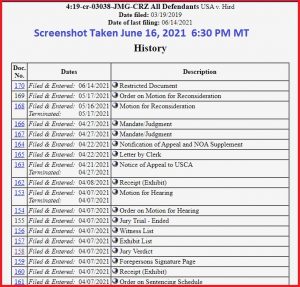 Hird and Hansen put together the following documents which Hansen has on his Word Press Website noted above:

Hird tries to get Hansen to testify

Below is an excerpt from the above, a screenshot from Hird’s document reflecting Hansen’s claim to being a lawyer, twice, and having hundreds of clients successfully using his scheme to evade income taxes. 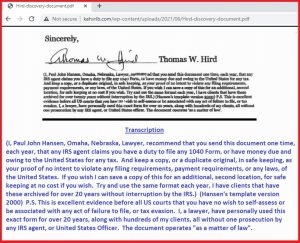 In the above document, Hansen is reported to claim over 1,000 clients.

Why am I not surprised.  It seems Mr. Hird is a registered sex offender which is consistent with his connection to Hansen/Hovind. 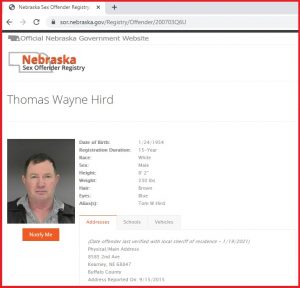 Hird tried to get Paul John Hansen to act as his “6th Amendment Counsel”, but Hansen would never attempt to file his entry of appearance and the Court noted that Hansen is a known tax protester and sovereign citizen! 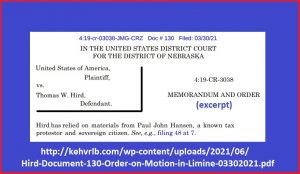 Excerpt referenced above is shown below: 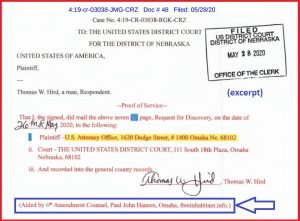 Hansen-style affidavit filed by Thomas Hird in his criminal proceedings in December 2019:

Hird trial brief filed by prosecution in March of 2021:

Paul John Hansen and Brady Byrum are both associated sovereign citizen theologians with direct connections to Kent Hovind and his conpound near Lenox, AL.

Following are documents from the Coker case which Brady Byrum meddled in, practicing law without a license, in a manner similar to what Paul John Hansen does for his clients.

Byrum was not allowed to prosecute the case and it was ultimately dismissed. 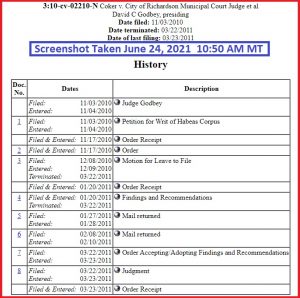 The Government has filed a presentencing brief in the case of Thomas Hird, recommending 33 months in prison, and the Court has issue its tentative findings of fact regarding sentencing.

The Government has filed a response to the sentencing report in the case of Thomas Hird!

The document in the file below is from the old Hovind cases and is posted here for reference as to the Court refusing to allow Paul John Hansen to represent others.  See comments on page 1 of document.

Will Paul John Hansen be going to Nebraska to testify at the sentencing of his client Thomas Hird? 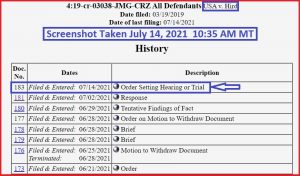 Paul John Hansen’s client, Thomas Hird, sentenced to 3 years in federal prison, but it sounds like the Court may be content to let him continue his freedom pending his appeal. 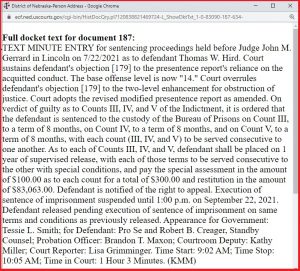 Latest action in the Hird case: 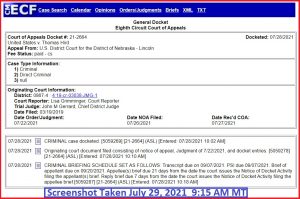 Looks like Hansen and Herbst are abandoning their bogus trust/corporation! 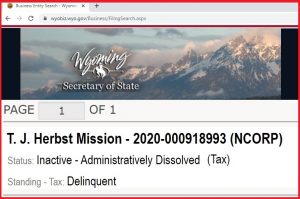 Upon further review, it appears that John Thomas Herbst may have wised up a bit and has moved to voluntarily dismiss his latest bankruptcy in order to save his hide.  It’s not conclusive, but I think the following is the same as the TJ Herbst in the case cited above. 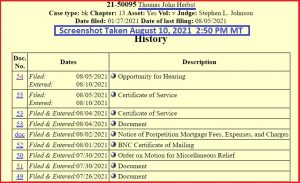 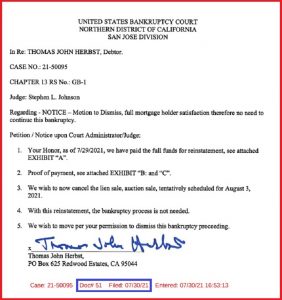 The above noted motion to dismiss his (Thomas John Herbst) latest bankruptcy is now noticed to be because he has a proposal to buy his property for $700,000.00 and he wants to be allowed to make that sale and settle the mortgage dispute in the bankruptcy case.

Herbst Bankruptcy Offer Based on Sale of Property

Hansen’s client Thomas Hird is without a lawyer at present.  Hansen has yet to attempt to file his entry of appearance and so Thomas Hird is left to represent himself on appeal.  Thomas Hird seems to be having trouble getting a transcript for the appeals court.  Maybe that will be resolved.  Maybe not. 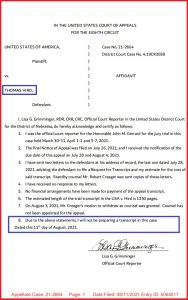 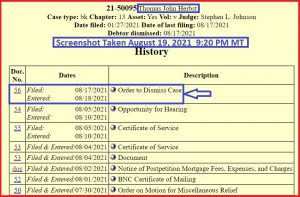 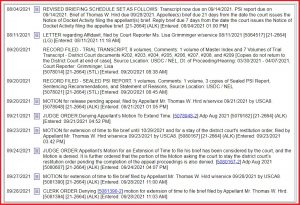 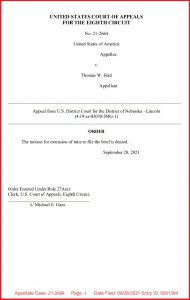 Paul John Hansen client Thomas Hird gets his brief filed in his criminal tax evasion case!  I was not able to copy and post the brief here. 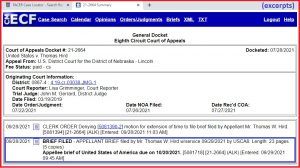