Priscila Wolff has emerged in recent days as one of Frances Amato’s high profile clients to be exploited in her efforts to champion the anti-government, anti-child welfare movement. 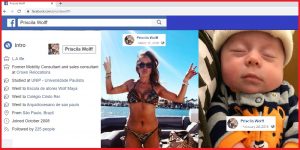 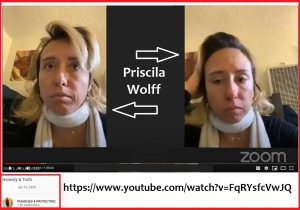 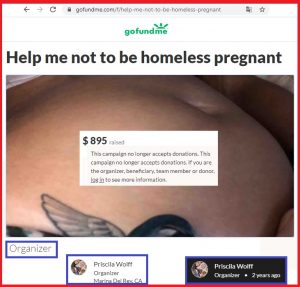 Link to Meko Haze response to video above: 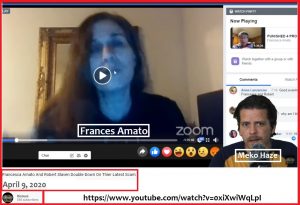 This story came to my attention when Meko Haze (aka Michael Mihalakis) reported that the parents of Priscila Wolff, who live in Brazil, contacted him based on their finding references to him in searching the Internet for information.

Priscila’s parents claimed they had recently paid $5,000.00 so their daughter could get Frances Amato to help her out in a child custody dispute with the State of California.

Message to Meko from Priscila’s Parents

Meko advised the parents of his opinions about Frances Amato and her work.  Priscila and Frances didn’t like that.  Priscila contacted Meko to complain.  Meko reviews his exchange with Priscila in Meko’s video referenced above.

The following messages from Frances give some details/insight as to what Frances has been doing for Priscila, about her trip to California to do it, and the developing controversy. 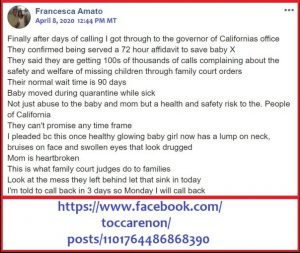 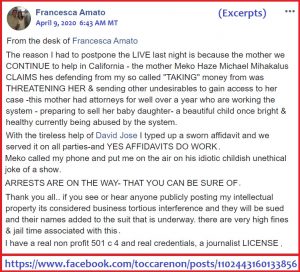 From what Priscila said in her interview with Frances, the father of her child is not involved in the case.  Details of Priscila’s history are not known to me.  She appears to not be a citizen, and may be in the country illegally.  Maybe she was hopeful that her baby would become an “anchor baby” that would allow her to secure her residency in this country.  Her parents have now, seemingly, cut off further financing of any further efforts to be made by Frances Amato.  Up until recently, Priscila appears to have had the services of a public defender in charge of helping her with the custody case, but that relationship does not appear to have worked out very well and, of course, Priscila did not do what might have been required in order for her to have custody of the child returned to her.

It is not known if Priscila has any legitimate, legal, visible means of support.  Drug issues appear to have been involved in the decision to remove her child.

For now, Priscila appears determined to stick with Frances Amato and her program which is based upon the submission of “affidavits” which are known to be frivolous and of no effect when it comes to resolving child custody issues; except to convince authorities that the parent is not serious about having the child returned and hastening the termination of parental rights and adoption processes.

I’ll try to keep up with where Priscila Wolff’s case goes in response to the efforts of Frances Amato. 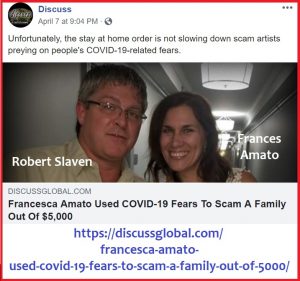 Link to Registry Below: 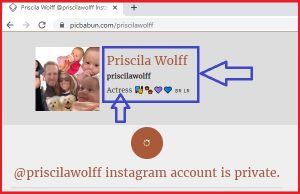 Frances Amato has repeatedly accused Meko Haze (aka Michael Mihalakis) of having first contacted Priscila Wolff while Meko has claimed that Priscila first contacted him.  Following are screenshots; one from Frances’ FaceBook page today where she repeats her claim, and one created from Meko’s broadcast on April 9, 2020.  Looks like Frances is simply wrong, for some reason.  Maybe we’ll hear more of that simple matter.  Maybe not. 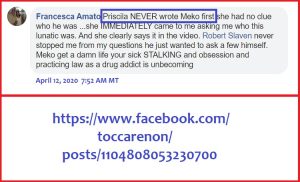 It’s MONDAY!  Will we get a legitimate report? 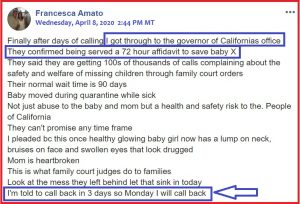 It is beginning to look more and more like Frances Amato no longer has Priscila Wolff as a client!  Frances has been busy everywhere talking about all sorts of nonsense without a word about Priscila’s case. 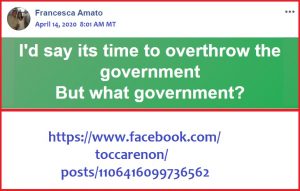 No news seen from Frances Amato or Priscila Wolff about the results of Frances’ affidavits or her followup call to the California governor’s office.

More and more it looks like Frances and Priscila may no longer be enjoying an “attorney”-client relationship.

I have noticed nothing, nothing, nothing from Frances Amato regarding what is going on with her efforts to file all those “affidavits” on behalf of Priscila Wolff and to followup with the California governor’s office as she claimed.  I have also noticed nothing from Priscila about what is going on with that and her “attorney”-client relationship with Frances Amato.

Have they gone their separate ways?

It appears after her split with Frances Amato, Priscila Wolff has started up her own fund-raising, anti-CPS fraud. 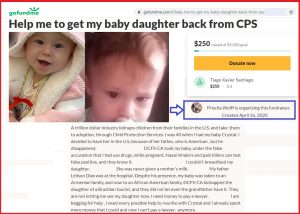 Priscila even has a more recent second fund-raiser to, allegedly, pay for some surgery for her dog that was, allegedly, injured by another dog in an attack. 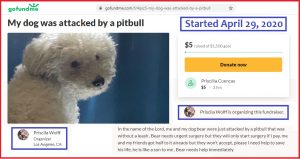 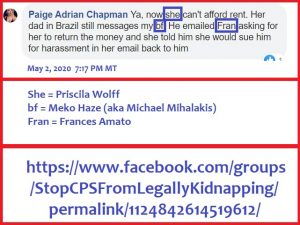 Priscila has just set up a FaceBook fundraiser page at: 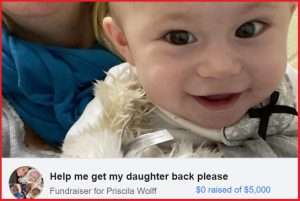 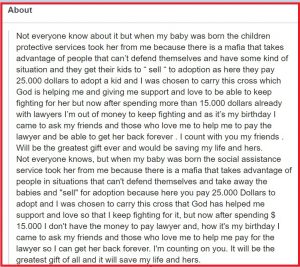 Priscila has contacted me for some reason.  We will see where that might lead. 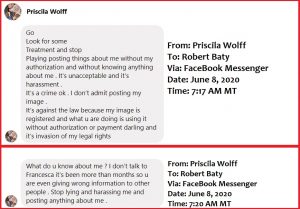 After much private bantering via Messenger, it came down to the following, which threat I don’t think will be realized.  Priscila does not appear to be the type to risk harassing police with her frivolous claims. 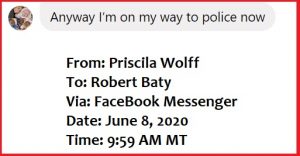 Priscila sent me a message via FaceBook, to which I responded, but she has not responded further (3:20 PM MT).  I have no idea what’s up with her. 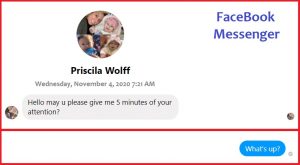 Priscila’s note above relates to the comment in the comments section which is screenshot below: 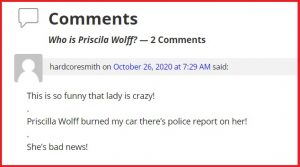 Priscila followed up with: 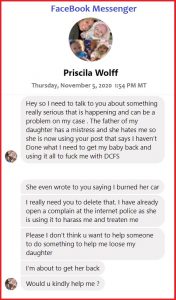 I have not yet replied to the above!

Levi Page mentions the Priscila Wolff case involving Frances Amato in a live broadcast tonight.  It’s in the beginning of the program. 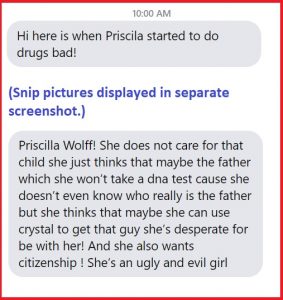 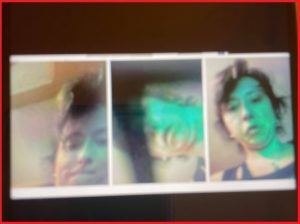