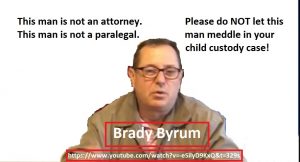 As another milestone approaches tomorrow (a status hearing in Cleburne County, AL reportedly scheduled for February 3, 2017), the attacks, on those who have sought to give a voice to the truth (i.e., Robert Baty and members of his group) instead of the false narrative being promoted by the Holm parents and their sympathizers, seem to have picked up in recent days.
One piece of evidence supporting that conclusion is an article published today by Susan Dunn Cobb, and related comments.
References and quotes are noted below for your consideration. For further details, you are welcome to join the “Understanding The Baby Holm Case” FaceBook group or visit the “#freebabyholm“ FaceBook page.
Understanding The Baby Holm Case page: https://www.facebook.com/groups/1425578747477117/
Matthew Simechak page: https://www.facebook.com/msimechak
Deborah’s page: https://www.facebook.com/dblovette
Susan’s page: https://www.facebook.com/susandunncobb
Raf Man page: https://www.facebook.com/susandunncobb
Paige Holmes page: https://www.facebook.com/paige.holmes.140
#freebabyholm page: https://www.facebook.com/groups/1826254040954882/
Kelly Olvey page: https://www.facebook.com/groups/1826254040954882/
Christian Holm page: https://www.facebook.com/christian.clarke.holm
(“Shared” with FaceBook & Susan Cobb permission.)
https://www.facebook.com/notes/susan-cobb/im-telling-you-he-is-innocent-your-honor-let-the-baby-go/1408021762542618
(Begin excerpts.)
I’m telling you he is innocent, your Honor!
Let the baby go!
SUSAN COBB
THURSDAY, FEBRUARY 2, 2017
Important updates from the “surely they will gather against you” camp.
Kudos to our supporter here for doing the dirty work and going to check it out.
Although none others took the incentive, Ms Deborah (LoVette-Watkins) confirmed what we all knew regarding the “Understanding The Baby Holm Case”.
(snip)
Paige Holmes: Sounds like they are just trolling
Raf Man: Who is just trolling?
Paige Holmes: The people on the other site
(snip)
Raf Man:
It’s the lawyer that they were talking to that put that nonsense up on the site, Matthew Simechak, and his whole premise is wrong because he only understands his shallow little bloated world.
He thinks the Holms should fall prostrate before the gods of the state and beg for their child back and that if they don’t, they don’t deserve the child. I look forward to the day that he must do so, it is always best for hard-hearted people to have to experience that which they judge others for.
Comments from Kelly Olvey following article:
I am sooooo happy !!!! that i am not the only one who believes that a bunch of inbreds is at the forfront of this!!! And i appluad anyone who can remain calm to investigate the site that has less than 200 members , i may add, i was disgustex and perturbed by the self serving opinuins of ppl who are luving in vain glory…
I did however see something that the sister posted in attempts to ??idk???? But it absolutely validated what i already knew about the holms parents and it was about spirituality and prophesies and reading the accounts posted i rejouced it sealed all the little airpickets that present what ifs in my mind….there are no what ifs there is no place doubt can enter my mind about the soludarity and commitment christian and daniele have with one another and thier creator…..
i myself growing up here in cleburne county learned of this case before 1993 through prophesies……
I was beside mysrlf to know the validation was there on that site that matched the vision god gave me the day we were havingc a lighthearted conversation daydreaming about names for baby holm…..
god showed me a memory frimvmy past and me writung certain specific things down on paper…….then the page to learn more sbout the *babyholmcase* became as babylon or sodom and gomorah to me….
tbey were mocking god andcthe prophesies they were blasphemous and decierful i blickesld several ppl after saying my peace and left tbe group…
and i reported the grouo for review for harrassment and hate speech….
also as misuse of my intelectual property to guaramtee my writings in thst group can nit be removed….
i went back to findcmy comments andcthey were gone…
i know ppl can see what i daid…..
my writings were sanctioned and preordained…..
thats what haopens while prophesies are being lived out…
ppl cant destoy what god has set in motion….
so with That said….
unless you just eant to feel like your guts are burning from the consuption of godless behavior of tbe hethen mocking god and the blasphemous toungs in wich they speal…..
stay out of that group…..
it is wretched…..
(End Cobb article excerpts and Kelly Olvey comments.)
And Deborah LoVette-Watkins added this in the thread from which Susan got quotes for her article above. For some reason, Susan did not include it in her article. It is a response to the Raf Man comment that Susan did use in her article.
(Begin Deborah’s quote.)
Actually, Robert Baty who has some vendetta against some Byrum guy started that site….i don’t understand his motive at all.
(End Deborah’s quote.)
So, the drama continues in Cleburne County, AL over the custody of Baby Holm in the context of Mr. Holm and Danielle, according to reports, having Brady Byrum, or his kind, come in and meddle so as to insure that no expeditious resolution of the custody issue would be reached.
————————————————————–