Since then, Lala has been boasting about the new suit that will be filed with new charges.

This article is designed to present the documents regarding the dismissed case so that there might be no disagreements as to the claims and the dismissal. 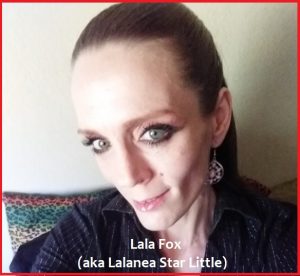 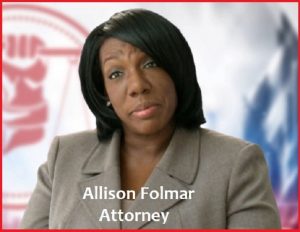 Will there be another federal suit filed by Lala Fox as she has proposed?

If so, will it be filed by Allison Folmar?

I checked PACER and could find NO indication that Lala had filed another federal suit.

Lala is claiming she still has a federal suit that Allison Folmar is prosecuting on her behalf, but I cannot find one.

Not sure what the following taken from Lala’s FaceBook page might indicate.  Somberg is a lawyer and Lala was in attendance at an event he was sponsoring. 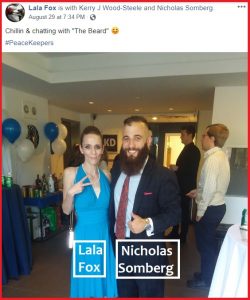 (Update May 27, 2021 – I have had more than one contact today claim that it is NOT Robert Slaven in the video.   I don’t know, but I will try to stop promoting the speculation that it is him.  There appears to be no dispute regarding the woman in the video who is alleged to be Lala Fox. – RLBaty)

Below are 3, edited still shots from the video that was provided to me. 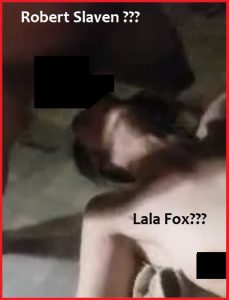 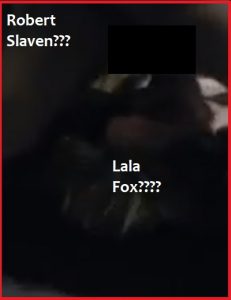 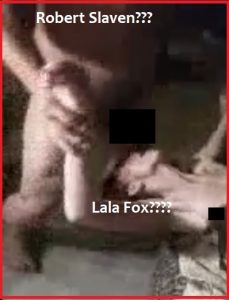 I just report this stuff.

My apologies to Slaven &/or Fox if it isn’t either of them!

Coincidence? I just saw the following on Slaven’s page: 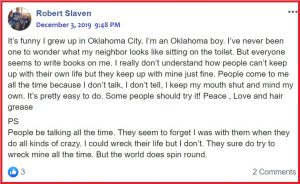 Update May 27, 2021 Regarding the above referenced videotape!

I received feedback that the above referenced videotape does depict Lala Fox but questions that the other person is Robert Slaven, denying that it is.  I don’t know.

Lala popped off claiming she has a federal suit going on, but I can find no record of it. 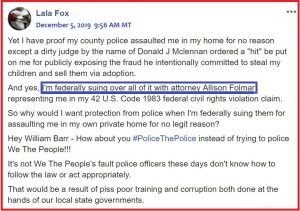 The following is a list of all the federal cases PACER indicates Allison Folmar has been or is representing.  I don’t see any case indicating Lala Fox, whatever name she may be using, has another active case.  The one identified was voluntarily dismissed. 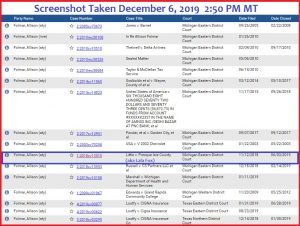 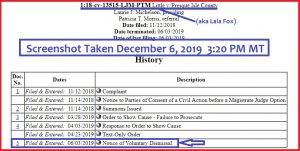 The post below is addressed to some woman who is not named, but Lala claims, again, that she is a plaintiff in a federal suit that is not cited.  I am still waiting for her, or someone, to provide a proper citation to any federal case featuring Lala  as a plaintiff.  The case featured above was, as shown above, voluntarily dismissed. 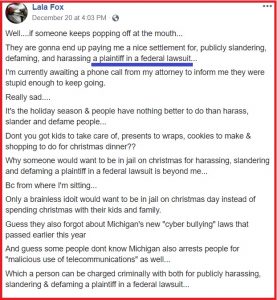 I don’t know who Lala is talking about.  Maybe it’s me.  Maybe not.  Such cowardice is common among her kind.  Lala does indicate that she knows she has no federal case even while claiming she does have a federal case, based on her claim that it is going to take a long time to prepare the new one and get it filed.  Bwahahahahaha! 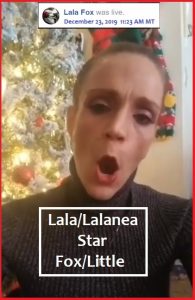 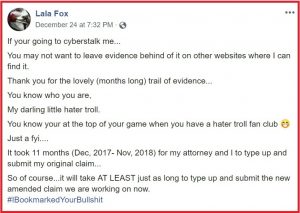 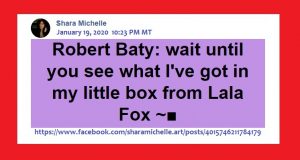 I’m still not sure what Shara had reference to in that post, but that thread was a real circus with hundreds and hundreds of posts about the posters and about the April Birman case.  Lala Fox did, however, post an update on her plans to prosecute a federal case. 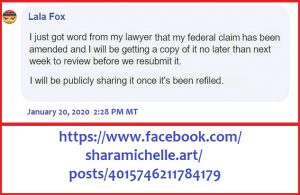 Allison Folmar is Lala Fox’s hot-shot attorney.  Following is the link to the file of Allison’s 2015 bankruptcy.

Reported to be Lala’s “ex”: 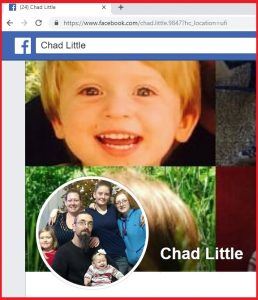 It was also reported that Lala, in addition to other names, has been known as “Lalanea Little Toebler“.

In the context of the ongoing controversy over the April Birman story and Lala Fox’s fuss with Shara Michelle, Lala has again threatened me.  Link below is to Shara Michelle’s thread from which screenshots were taken.

The family referred to is the April Birman family!

It appears nothing new has been added to the docket record; no service, no answers, nothing.  What is with that.  Has Lala given up before ever getting started?

Nothing new to report except nothing new has posted!

Lala Fox is still spouting off about her re-filed federal case, but it still appears to be going nowhere!

I tried to warn her.  Now the Court is warning her that the case is on the verge of being dismissed if she doesn’t get busy and actually prosecute the case. 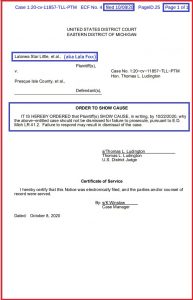 Looks like Lala has decided to restart her case with an amended petition and new summonses.  We’ll see how that goes. 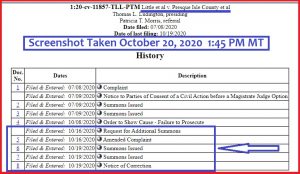 Lala, even with a hotshot civil rights lawyer, can’t seem to get things done, the simple things, like serve the summons.  She has asked for more time. 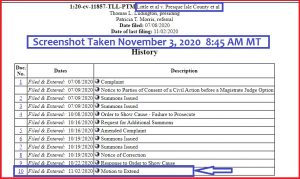 Hotshot civil rights lawyer and all, and Lala still can’t seem to prosecute her case; even get her named defendants “served”.  Alas, the Court is giving her another chance to get that done. 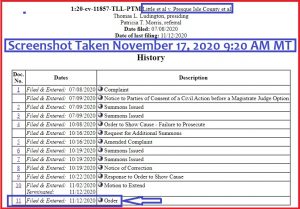 The docket history was recently updated to reflect that Lala may have actually gotten a couple of summonses “served” in the case, but now her FaceBook page appears to have disappeared. 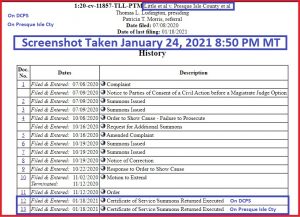 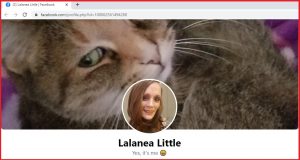 The State has filed a motion to dismiss in this case.  I had trouble copying the document.  May get it later.  For now there is this. 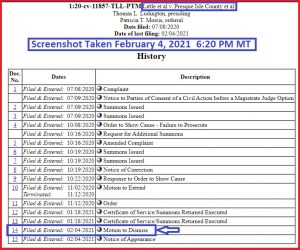 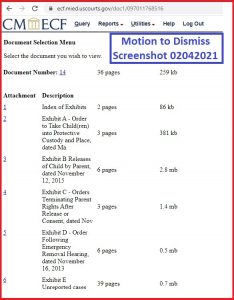 I am having trouble copying documents from the PACER docket record.  On February 5, 2021, Presque Isle County filed a response to the amended complaint asking the case be dismissed and a motion for summary judgment.  I suspect there will be a good chance that one of them might be granted.

Presque Isle, while denying many of the allegations, did admit that Lala Fox (aka Lalanea Little) has been diagnosed with “Borderline Personality Disorder”.

I received a FaceBook Messenger message from Lala Fox. 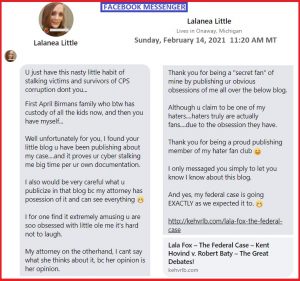 A hearing on the motion for summary judgment has been set!

New date for hearing on motions to dismiss and motion for summary judgment. 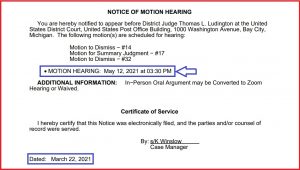 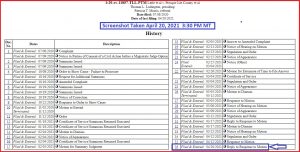 Lala Fox goes down in flames, with option of trying to salvage one defendant.

Lala Fox sees the handwriting on the wall and voluntarily dismisses final defendant! 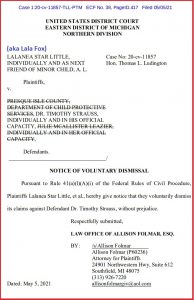