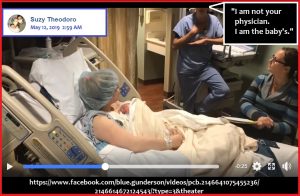 In recent days I have become aware of the child custody case out of Connecticut involving Peter and Suzy Theodoro and the removal of their newborn by Connecticut’s child welfare agency after the parents “odd behavior” and failure to convince the social worker(s) that they were able to properly care for the child.

The removal took place in November 2018, and for months the parents failed to cooperate with authorities.  After 6 months the parents decided to “go public” and set up a fund-raiser and made all sorts of outlandish claims.  Of course, the nature of such cases is that the State is not able to respond.

Typically, numerous anti-government, anti-child welfare types have rallied to the parents side to promote their false narrative and raise money.

My adversaries regarding such things, Susan Cobb, Robin Cobb, and Shara/Sharon Cronkite Michelle Wolf Donato Austin Lentin and I crossed paths today, June 24, 2019, on Suzy Theodoro’s FaceBook page. It was proposed that the Theodoro and Holm cases were analogous.

As a result of that exchange, I decided it might be time for me to post some kind of article about it.

This is that article.

From Above Thread (excerpts)

Our son was kidnapped from us.

The SAME story except I did not have a C section.

But everything else same.

(NOTE: The Holm case played out in Alabama where the Holms attempted to use “sovereign citizen” tactics throughout their case.  Ultimately, their parental rights were terminated and the child adopted into a permanent home. Articles about all of that are available on this website.)

The challenge was made regarding the above, but no one has accepted the offer and begun the negotiations so that that important public discussion might be produced. 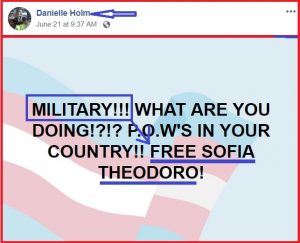 Shara Promises to Write a Song 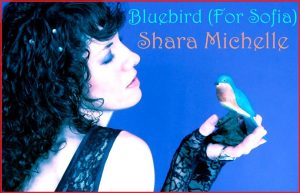 Not surprising that I am now blocked from the Suzy Theodoro FaceBook page; demonstrating that, as supposed, “they can’t stand the truth”!

And in the lastest post to that page, that thread noted above, the woman at the link below posted the meme below, again demonstrating that “those people” are out to threaten and harm those involved in their case. 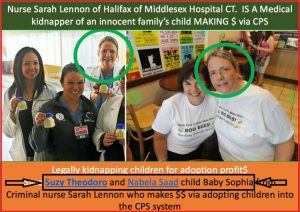 (NOTE: It appears to me that “Nabela Saad” is the grandmother from New Jersey.  We’ll see.  She and a man she is seen with have FaceBook addresses shown below.  Peter Saad appears to be the real name of Baby Sofia.  I don’t know where the Theodoro name comes into play here.)

After following Toni’s advise to seek answers ourselves. I can tell you out of 16 allowed visits from the time of hospital discharge to January, The parents made 5 visits.

Which would explain why Suzy claims that they hadn’t offered parenting classes.

Peter was on maternity leave until January so there should have been no excuse to only make 5 out of the 16 visits.

Guess they should have shown up more for visits.I know that Suzy’s claims that the baby got deathly ill because of daycare, but in her own recordings she states the baby was sick before ever going to daycare.

Also through her own recordings, they lied about where they were staying, which you can hear the caseworker explain, they were willing to look into services in another state but needed the parents to to decided if it would be Tennessee or New Jersey, and that the parents would stay in the place they chose.

Who would drive their pregnant wife from New Jersey to Maine without identification?

The parents can’t understand why the hospital saw red flags?

These parents were given many opportunities to correct and provide what the caseworkers needed, but refused.

The case worker explained that they WOULD work with them to get the baby to New Jersey, but they needed to show that Peter’s parents are the legal grandparents, but since Peter refused to identify himself during the birth, he was not on the birth certificate.

So they couldn’t establish that they were legally the grandparents.

You can hear Suzy in a recording being told over and over Peter establishing paternity would have to be done in court.

Suzy ran around trying to get vital statistics to do it, they asked her if she had asked her attorney for help with it, she acts like he wouldn’t and you can hear the attorney say he did explain it.

It’s hard for an attorney to do things when their client ignores everything they are being advised to do.

The parents were told to petition the court to have the baby placed with family, you hear the worker tell them they have an attorney and they should petition the court, you can hear Peter say “we don’t want court, we want you to do it”.

So it appears that the caseworker and attorney tried to do what the parent wanted, but the parents didn’t like how things had to happen to get there.

It seems that Suzy spent to much time listening to those anti-cps people telling her what not to do, that she belived what facebook advocates told her instead of just following what need to be done.

You hear many times the case worker and attorney tell them what needed to be done and how.

At the case plan meetings, instead of getting a plan of action. Suzy wants to dominate things like bottles and daycare.

It seems like an unwillingness to follow the needed steps and lack of participation has put them in this position.

The mother of Baby Sofia has repeatedly complained about the State, allegedly, violating the law in filing a termination of parental rights petition, claiming it has not been 15 months since the child was removed.  However, information contained in the following document indicates that it is not necessary to wait 15 months before termination can proceed.

Following is a post made by Baby Sofia’s mother today falsely claiming that termination cannot proceed before the child is 15 months old (removed shortly after birth).

Following is a Connecticut pro-forma order used by the Court in making a determination to terminate parental rights and under what provision(s) such termination might be ordered.

Apparently the mother of Baby Sofia is not paying attention.  She again repeats her false claim regarding the 15 month rule. 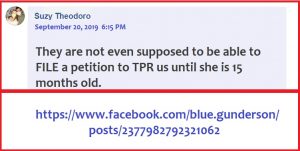 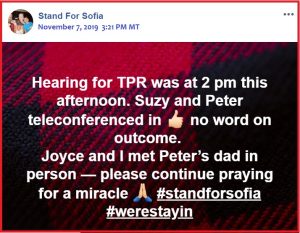 This may be as close as we get to a real report of what happened in court last week, and it appears the mother and alleged father are further indicating they don’t expect to have the child returned to their custody. 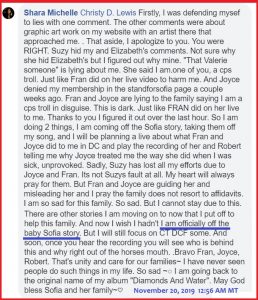 Bwahahahaa!  Maybe she has.  Maybe not!

Shara has changed her mind and now says she’s back on the Baby Sofia story!

Supporters of the mother and alleged father of Baby Sofia have launched a campaign to harass the Federal Bureau of Investigation (FBI) regarding the Baby Sofia case.  This is analogous to the efforts of the parents of Baby Holm to harass the FBI about their case, and the results are likely to be the same (i.e., the FBI is not going to get involved and immediately return the baby to its biological parents). 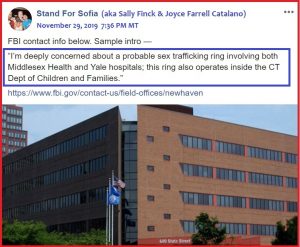 Baby Sofia’s mother has also posted a lengthy message on her FaceBook page promoting her false narrative, which, in part, features the following insight into just how much “stalking” she and her people have been doing as to anyone involved in her case.

Following is the full text of the post of Baby Sofia’s mother: 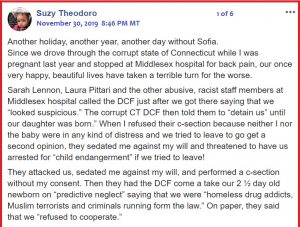 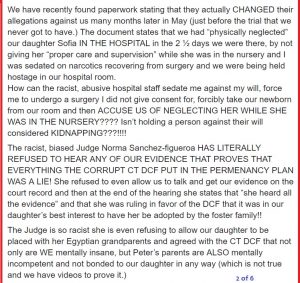 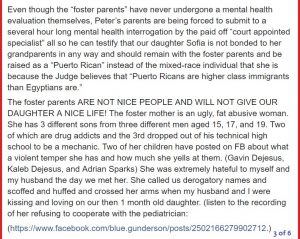 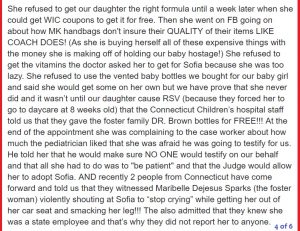 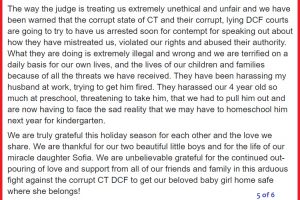 Looks like Sally and Joyce have spent too much time listening to the impeachment proceedings; all that “whistleblower” talk! 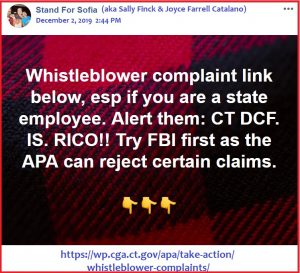 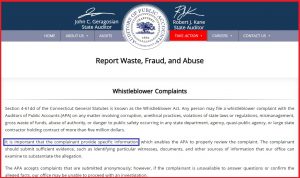 For some reason, this article has emerged as the #1 article on this site as judged by “visitors” and “views”.  It is only about 6 months old while this website has been operating for 3.5 or so years and has over 350 articles.