↓
Home→Shawn Stuller – Back in Jail!

Kent Hovind’s Shawn Stuller is back in Santa Rosa County Jail in Florida.

That’s where Shawn first met Kent Hovind and his sovereign citizen authority Paul John Hansen in 2015 when they were all in that jail together.

It’s a long story, and other articles on this site provide additional history. 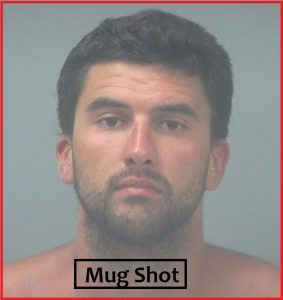 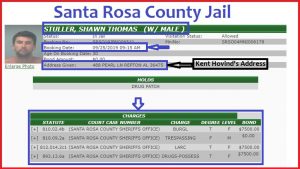 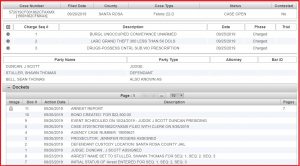 Shawn waives arraignment, pleads not guilty, and demands a jury trial.  He has a public defender. 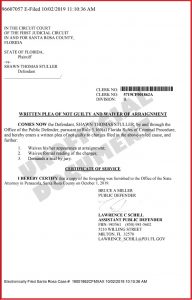 Well, well, well, Shawn did manage to make bond on the above charges and got of jail.  Alas, it didn’t take long to get picked up again, in Escambia County this time, on small charges, and he’s bonded out on that charge as well.  How long before they lock him up for a long, long time……………….again? 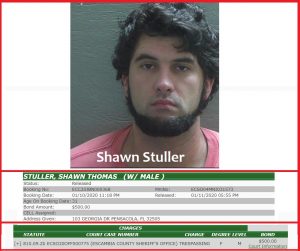 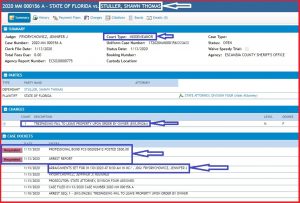 Santa Rosa County has now filed a motion to revoke Shawn’s bond in their case based on the above arrest in Escambia County.  Not looking good for Shawn.

Santa Rosa County has amended its motion to revoke Shawn’s bail and wants him arrested.  Apparently, according to the claims, Shawn didn’t waste anytime making sure that he would test positive for cocaine.

Shawn Stuller back in jail again.  This time, he appears to have stolen a car with a tracking device and, after a chase, was taken to jail again.  He’s looking rougher all the time. 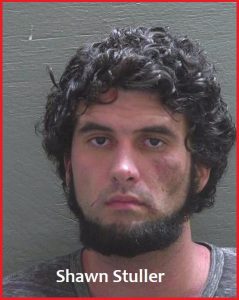 Shawn has now been moved to a cell, his bond increased to $4,000, and a hold in favor of Santa Rosa County put in place. 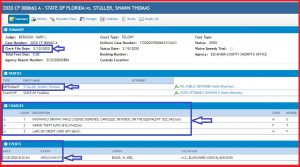 Looks like Shawn has pled NOT guilty today, and the County is still slow on releasing documents on-line.  Next court date appears to be February 28, 2020. 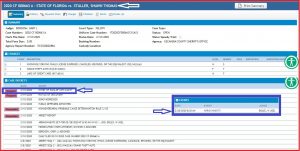 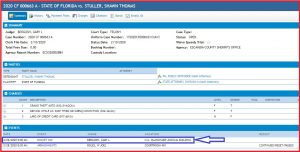 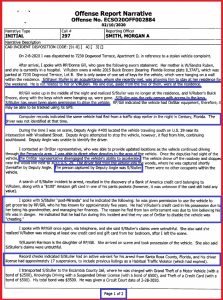 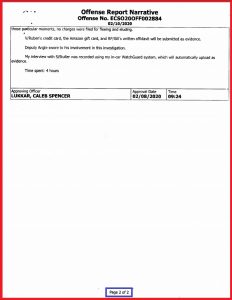 Looks like Shawn has settled the motel trespassing charge with a “no contest” plea, some fines, and time served.  Due to other pending, more serious charges that will likely put him away for a long, long time, the “time served” on this charge will not result in his release. 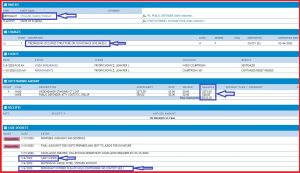 Mr Hansen (Paul John Hansen, Lawyer, freeinhabitant.info),
.
I had to write when I saw your post on Shawn’s page warning the public. I’ve been friends with his mother since her 3 boys and my 4 children have been born. All her kids ended up being criminals and mine upstanding citizens.
.
So I haven’t been in contact with any of them for years.
.
The father‘s name is Thomas Anthony Stuller who is in Escambia county jail as we speak.
His mother’s name is Carolyn R. Bell.
.
My idiot brother (age 59) received a battery charge in December and entered Santa Rosa county jail where he ran in to Shawn. I warned him Shawn could sell ice to an Eskimo but no one would listen to me. Shawn won him over with his talk about being a paralegal and how he could help him get out of his charge. Again I told my brother and my 85 year old mother he took classes in PRISON! They still didn’t listen. So Shawn convinced him that if he would just bail him out too, he could do all the paperwork he needed. So he did, I’m sorry to say.
.
The first thing Shawn did was get them a motel room in a motel that Shawn had a no trespassing order. Shawn got taken back to jail and my brother got kicked out for association. Shawn some how talked his way out of jail and met back up with my brother.
.
Then Shawn borrowed my brother’s car to meet with his probation officer (so he said) and never brought the car back saying he needed it to work on both of their cases. That’s been a month now. During this time Shawn started going to my mother saying he needed money to file these motions.
.
He had several different “reasons” throughout the month and ended up extorting almost $10,000 from my mother and her 85 year old boyfriend.
.
Almost all in cash but sometimes in checks when it was over a thousand at a time. The cash was $800 here, $500 there, a few $300….you see what I mean.
.
Then this past Friday I got involved.
.
He was to meet my mother for another $1,000 but after waiting over 3 hours for him to show up, he text and said he couldn’t meet until Superbowl Sunday. So we waited all day Sunday again. At that time we knew he wasn’t going to get anymore money but we needed the car back. We led him to believe he was getting another check if he would just show up with the car.
.
We think he was catching on to us because again he didn’t show up saying he was at church then lunch with his pastor.
.
All the while we’re saying just bring back the car! He says his truck is in Alabama and he can’t continue to work on my brother’s case without transportation. So no-show again.
That night my daughter googled Shawn Stuller, Pensacola and we saw everything about him.
.
We posted it on Facebook and had all our friends looking for him all over Pensacola beach. He caught wind of that too and slithered away.
.
Monday my brother said he had an appointment with his team at the cancer center and he needed his car. Late that afternoon he abandoned the car in Pensacola and said come get it! Of course he was gone.
.
My brother got there and everything he owned in the car was gone. (All his clothes, medical marijuana, blank checks) and he had taken a hammer and destroyed the entire interior.
We think he’s out of our life now and we know he will get caught scamming someone else and we pray he gets caught .
.
The police wouldn’t help get the car back because my brother originally gave him the keys so they said we had to trap him and if he didn’t give the keys, then we could call 911. That never happened because he found out we were on to him.
.
That’s it!
.
I hope somebody gets that scum before he has other victims.
.
Thanks for listening,
Cindy T. Hardy

Before penning the above, Cindy T. Hardy also posted the following to Hansen’s earlier report on Stuller at:

Looks like Shawn may be making a deal this month or going to trial, while he remains in jail. 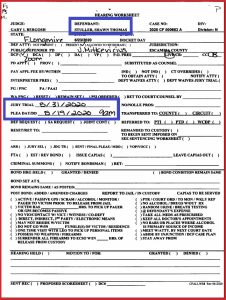 Has Shawn found himself another sugar momma, or what?  In any case, it looks like he found a way to get a private lawyer again. 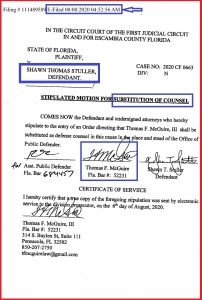 Shawn Stuller, even while in jail, manages to get himself arrested for assault.

Stuller pleads “nolo” on charges relating to the car theft incident and gets 3 years!

Shawn Stuller Back to the Big House! 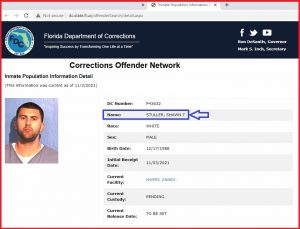 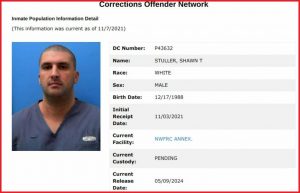