On October 15, 2019 Kent Hovind had an interview with the hosts of The Michael Saunders Show which airs on the Voice America radio channel.

Kent Hovind recorded and broadcast the video he made of the interview on his YouTube channel on October 16, 2019.  The link to that broadcast is:

Voice America aired The Michael Saunders Show interview with Kent Hovind on October 21, 2019.  The link to that broadcast is:

The hosts of The Michael Saunders Show interviewed Robert Baty on October 22, 2019 in an effort to provide a rebuttal to one of more of the legal claims being made by Kent Hovind regarding his history, and related matters.  The link to that show, which is scheduled to air on the Voice America channel on October 28, 2019, will be:

Following are the graphic, on-line promotions of the 2 shows! 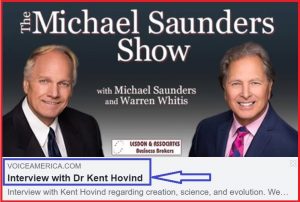 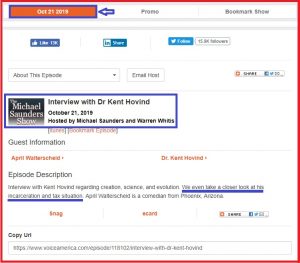 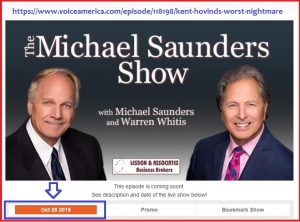 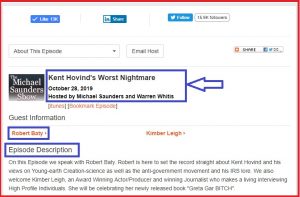 Kent Hovind has stated that understanding “structuring” is key to understanding his legal problems.  While that is not, necessarily, the case, I can work within that context and have, for years, challenged Kent Hovind’s fundamental claim as to what “structuring” is.  Kent Hovind repeated his years’ long claim regarding that in his interview noted above, and so, briefly, I represent here our differing views on that subject; which subject was explored in more detail in the interview I had with The Michael Saunders Show hosts to be broadcast on October 28, 2019. 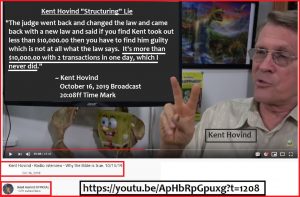 …a person structures a transaction if that person, acting alone, or in conjunction with, or on behalf of, other persons, conducts or attempts to conduct one or more transactions in currency, in any amount, at one or more financial institutions, on one or more days, in any manner, for the purpose of evading the reporting requirements…

The transaction or transactions need not exceed the $10,000 reporting threshold at any single financial institution on any single day in order to constitute structuring within the meaning of this definition.

Additional references to Kent Hovind’s 2006 indictment, the law, and the regulations may be found on this site in the article at the following link:

Kent Hovind has seemed to have been relatively quiet in recent weeks as to his false legal narrative, but it now appears he has decided to be more vocal in consequence of his recent interview with The Michael Saunders Show broadcast on Voice America.  Kent will likely never admit to it, but I think his latest performance regarding that is a direct result of The Michael Saunders Show hosts asking Kent to face me in a followup interview which he refused to acknowledge or accept.  Kent may conveniently deny he ever got the invitation.  We will see; maybe.  In any case, here are time marked links to some of those comments from Kent’s latest performance and my graphic prepared therefrom. 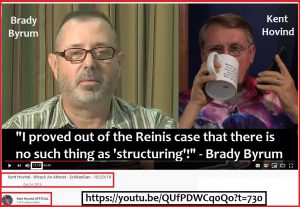 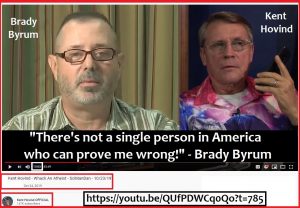 Kent and his IT man “Steve” show their hypocrisy in Kent’s refusal to face me or return to The Michael Saunders Show to answer my rebuttals to his false legal narrative.

Email exchange between Jesse Jamison of Voice America / The Michael Saunders Show and Kent’s people after Kent refused to respond directly to Jesse:

This is Robert Baty’s interview with us and it will be aired on Monday the 28th at noon Pacific on The Voice America Variety Channel.

Mr. Baty is refuting Dr. Kent Hovind on issues relating to whether his incarceration was done lawfully.

We urge Mr. Hovind to listen to the broadcast and please let us know if he wishes to come back on and defend his position.

How did he refute Dr. Hovind when he wasnt even there?

Did you post this interview with Baty about Dr. Hovind without him being involved?

I would hope your station would not do such a disrespectful thing.

Robert Baty is a liar and con man who only wants to destroy what he cant have.

Please let me know if you aired a one sided story or if they were both present for this so called refuting? 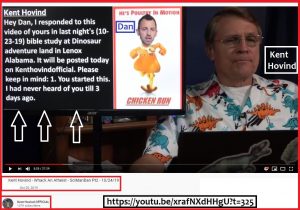 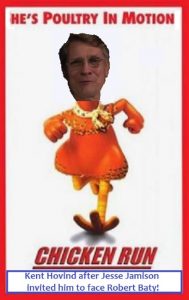 And now this from tonight’s live debate performance, October 25, 2019! 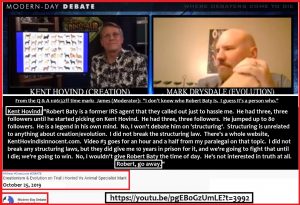 I heard the rumor that the next guest will be Aron Ra, who will be recording with The Michael Saunders Show tomorrow for airing next week.  It’s not official yet, and next week’s show should be officially announced tomorrow evening after the recording session.  Aron should fill the first 2 segments of the show with another guest to fill the 3rd slot.  There’s also the rumor that I might fill the 3rd slot and further followup on the Hovind interview and my earlier appearance on the show which aired today. 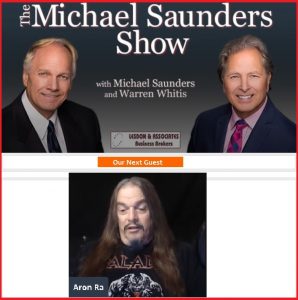 My now-archived edition of The Michael Saunders Show can be heard at the following link: 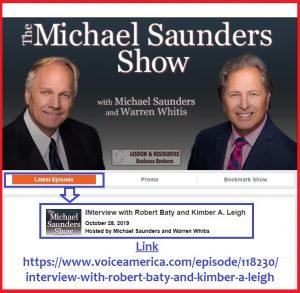 A case that explains why Brady Byrum is considered a cowardly liar when it comes to his defense of Kent Hovind’s innocence:

Hoyland contends that the Treasury Secretary’s failure to promulgate the Currency Transaction Reporting Form (Form 4789) as a regulation should render his conviction invalid. He relies primarily on United States v. Reinis, 794 F.2d 506, 508 (9th Cir.1986), where failure to publish Form 4789 was the basis for reversing an individual’s conviction for aiding and abetting a violation of 31 U.S.C. § 5313(a). Because Hoyland’s case is distinguishable from Reinis, his argument fails.

When we decided Reinis in 1986, 31 U.S.C. § 5313(a) and 31 C.F.R. § 103.22(a) required reports for currency transactions exceeding $10,000. These provisions did not refer to any requirement for reporting aggregate amounts deposited on the same day. The instructions on Form 4789 did refer to this requirement, but we concluded that they lacked the force of law because they had never been published. Reinis, 794 F.2d at 508.

After Reinis, Congress passed 31 U.S.C. § 5324.2 This statute, which took effect in January 1987, prohibits persons from structuring transactions to evade the reporting requirements. Hoyland was convicted of violating this newer statute. As currently written, the law does not rely on Form 4789 to impose any legal obligation on Hoyland. See 31 U.S.C. § 5324. Accordingly, the failure to publish the form does not render his conviction invalid. Cf. Reinis, 794 F.2d at 508. 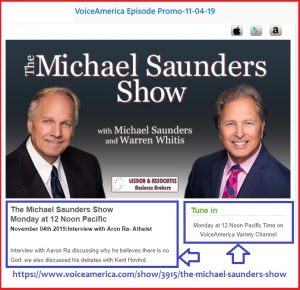 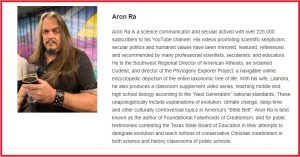 Current regulation regarding reporting by banks as to daily aggregated amounts totaling over $10,000.00:

Links to Related Articles on this Site

I recorded another episode of The Michael Saunders Show, and it is now scheduled to air next week, December 9. 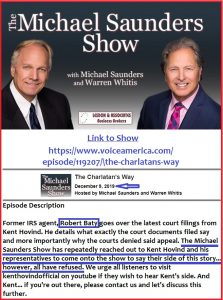 Link to broadcast today of my appearance on The Michael Saunders Show: