↓
Home→Are Marlissa and Her Husband Paul Estranged from Kent Hovind? 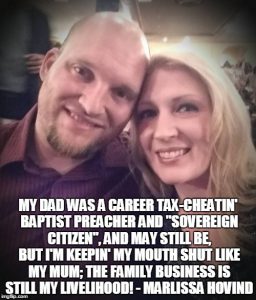 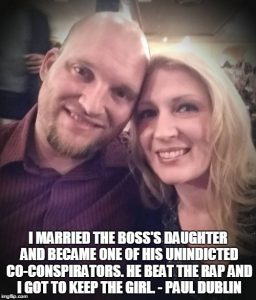 They seem to be, considering their close business connections with Eric Hovind and Eric’s and Marlissa’s mother, Jo, whom Kent Hovind sent to prison and from whom he is now divorced, at Jo’s request.

That Marlissa and Paul are estranged from Kent might have been suggested in the following taken from a post earlier today, July 30, 2016, made on FaceBook by one of Kent’s employees.

I report; you decide!

– Help! In need of an ASL Interpreter for

– paid for driving to the location and an

– honorarium for interpreting. I’ve been

– looking for over a month for people who

– anyone that is available.

She followed up in an answer to a question with:

– In Alabama about 1 hour and 15 minutes

And then someone answered with:

And another answered with:

– husband (Paul Dublin) could do this.

Sure, why wouldn’t Paul Dublin, Kent Hovind’s unindicted co-conspirator in the lis pendens caper, and ASL practitioner, do it!

It’s not like it should matter that Kent Hovind, his father-in-law, sent his wife’s mother to prison for no good reason and the feds had to be generous in exercising prosecutorial discretion in giving him and his wife a pass as to their involvement in Kent’s criminal antics, including the lis pendens conspiracy.

It’s not like Paul’s wife isn’t close to her mother and hasn’t been plagued by Kent’s UNrepentant course in her life for almost 40 years.

It’s not like Paul and Marlissa are unaware that Kent is most likely personally and directly and negligently, if not criminally, responsible for the lifelong disabilities of Andrew, Marlissa’s brother.

I guess in some circles the Kent Hovind story is still not being told.

In any case, it looks like Rhonda found someone to take the job at Kent’s Kompound in Konecuh Kounty, AL on August 2, 2016, but we’ll have to continue to monitor the situation to find out what the event is all about.

Thanks to Rhonda for letting us know there is something brewing at Kent’s Kompound for August 2; apparently having something to do with the hearing impaired.

Link to Clear Image of Graphic: 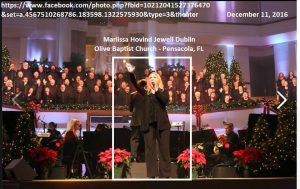 Marlissa’s first husband, also named Paul, died of cancer.  In the following video, starting around the 26:30 mark as indicated by the time marked link, Kent extols the use of B-17 via apricot seeds as used by Paul in conjunction with his cancer treatment.  Kent and Eric are promoting the B-17, apricot regimen as a cure, based on Paul’s apparent recovery at that time.  In reality, it may be that the B-17 apricot regiment, as promoted by Kent Hovind, contributed to his death.

No mention of the fact that Marlissa and her husband no longer want to have anything to do with him! 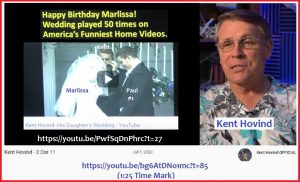