Robert Baty, or someone he knows, has altered the library photograph below so as to distort the true image of Amy Charron on the date and at the time the photograph was taken. 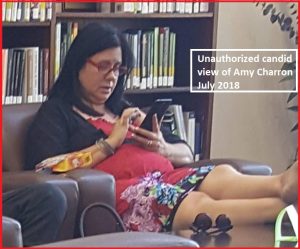 Link to comments below: 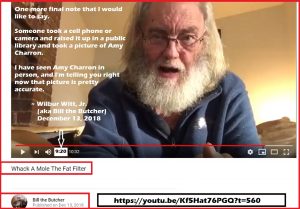 Wilbur has more to say about Amy and her latest antics.

Wilbur reports on Amy’s shenanigans today in Houston with special note about Amy’s claim about me and that library photo:

As soon as she could, Amy posted a live FaceBook video telling her side of what happened today.  She seems quite upset. 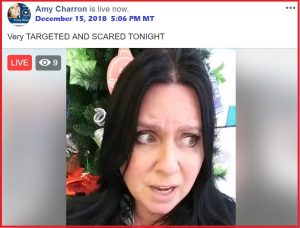 From Amy’s own public broadcast! 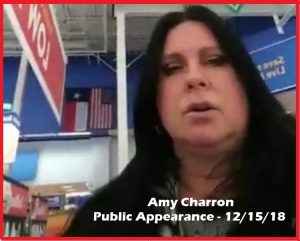 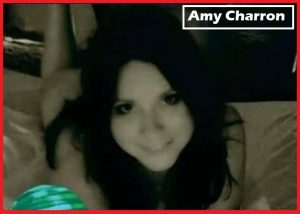 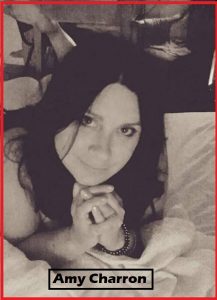 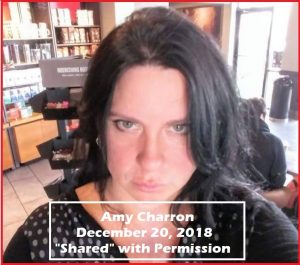 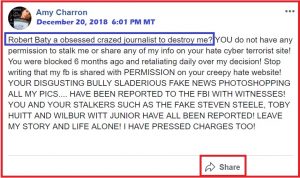 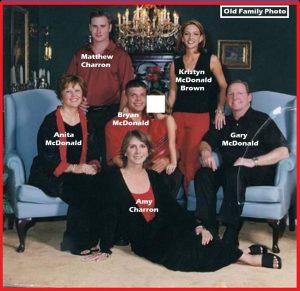 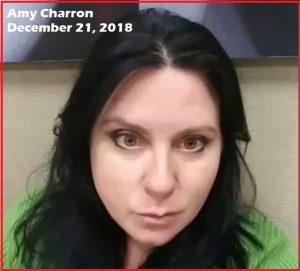 Amy has been most recently spinning a tale about Johnny being in dire physical and mental straights because of joining with her in being a Targeted Individual. Johnny was supposed to have suffered some kind of mental/physical break and been hospitalized.

However, this morning Johnny was spotted outside Amy’s window as she prepared her typical report from an undisclosed location and explaining why she was not showing her face (i.e., she was avoiding facial recognition software used by her stalkers).

Apparently, Amy sent Johnny away from her so she could put on her performance. It is quite likely, in my opinion, that Amy did not expect Johnny to be a “peeping Tom” and show up outside the window. 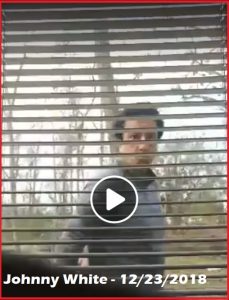 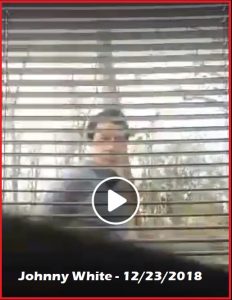 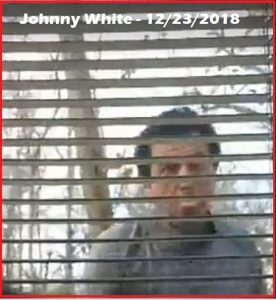 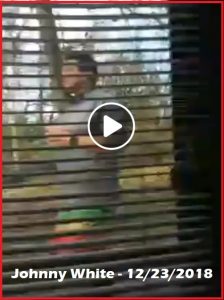 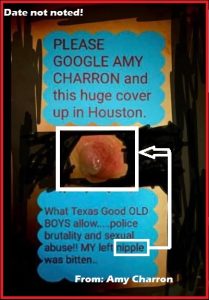 Lots been going on with Amy.  Too much to keep up with all the details.  However, this from Wilbur tonight is a pretty good review. 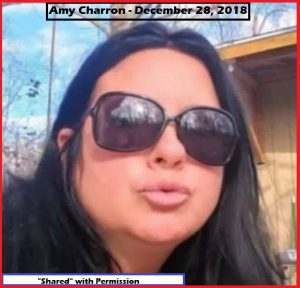 In her performance tonight, December 28, 2018, Amy spends most of her time aggressively accusing Wilbur Witt, Jr. and Robert Baty of all sorts of evil. 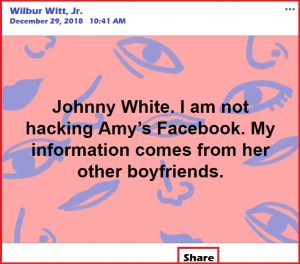 New video from Amy Charron at:

He and another man have made calls.  They’ve done everything they can do possible to try and have me put away…Two creepy elderly men that have nothing better to do, like the police said…  Now we got to move again…over stalkers doing crazy stuff like this…

This is ROBERT BATY and Wilbur Witt, Jr.  I mean, is this creepy or what.  I hope you just heard what I said…Their names are with the FBI…

Wilbur talks about 2 big radio shows to watch for today on YouTube at: 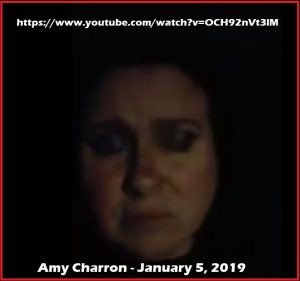 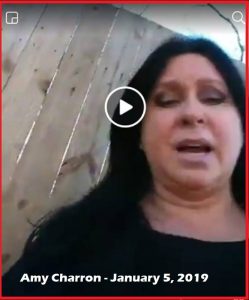 One of my agents has come up with a pdf link to Amy’s old website; perhaps the one she has been claiming Wilbur Witt, Jr. stole from her.  Here’s the file copy for this website: 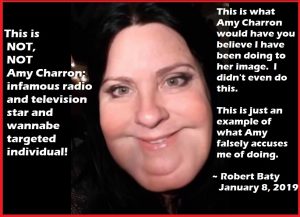