On October 6, 2020 Paulogia (aka Paul Ens) broadcast a video via YouTube featuring Robert Baty and a discussion of Kent Hovind’s legal problems.

Despite Kent Hovind’s fascination with Paulogia, he did not publicly respond until October 31, 2020 around 3:00 PM MT with a posting to the comments section of Paulogia’s video; which could have easily gone unnoticed among the over 2,000 other comments.

That video also currently has over 68,000 views recorded. 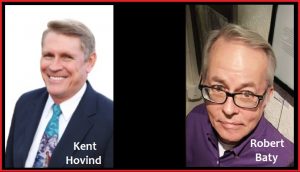 Graphic of Comments Referenced by Kent Above 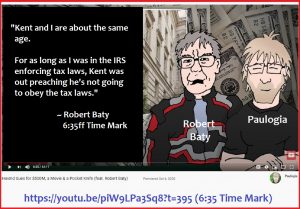 Text of Hovind Post Above Followed by Subsequent Posts

6:45 Baty is lying. I’ve never said I’m not going to obey the tax laws. I’ve said scores of times, on record, that I believe everyone should obey the laws-including the government. Read my lawsuit. I didn’t break any laws that apply to me. The “government” broke over 100 laws to arrest and imprison kenthovindisinnocent.net has all the details for those who care to know the truth. Baty, please show me exactly what law i broke.

How do I know whoever is posting from that account is the same Kent Hovind whose case I follow and report?

If you can establish yourself as the Kent Hovind who broadcasts regularly via the Kent Hovind Official channel, then maybe we can start with the following proposition, since you have claimed that understanding “structuring” is fundamental to understanding your legal problems (I am assuming you are that Kent Hovind and you will demonstrate it in subsequent postings):

Maybe you and I can get together with Paulogia and he can broadcast our discussion of that proposition.

However, if you insist on kicking it around here, feel free to post your first presentation in support of your oft-stated position I have noted above.

I’ll either accept it or try to explain why your effort fails to establish your claim.

Because I have moderation tools, I can vouch for this “Kent Hovind” account as being the same one that has commented on other videos of mine and with which Kent affirmed his identity “on screen”.

I am still waiting for your reply.

We need to work out the logistics so we can have our one-on-one and talk about your legal and related problems. We will take them one issue at a time, with equal time for each of us, for as long as there is time and interest.

I have suggested we start with the issue you have claimed is fundamental to understanding your legal problems; “structuring”.

By the way, we can put your concern about what I said about you “preaching you are not going to obey tax laws” on the list of things to discuss.

We can even take it up after we dispose of the “structuring” issue, if you like.

1. “Baty, please show me exactly what law I broke.”

We see how that game is played, Kent.

3. “I didn’t obey the laws I was convicted of violating

charged personal income taxes as a result of

because they don’t apply to me”

We get it, Kent, and I am ready to have that discussion. You keep running away from it.

Here is an exact law that you broke that you don’t believe applies to you and/or that you flat out have been lying about for years as indicated in my foregoing presentation of a proposition for discussion:

“No person shall, for the purpose of evading the reporting requirements of section 5313(a) or 5325 or any regulation prescribed under any such section…

or assist in ‘structuring’,

or attempt to ‘structure’,

any transaction with one or more domestic financial institutions.”

You asked me to do something.

Come out, come out, Kent.

We have a lot to talk about, but you have to quit running off.

We can work out the logistics and produce a little one-on-one meeting where we talk about some of the fundamental issues in dispute between us; one issue at a time, with equal time.

Melissa Foster, tonight, has been in phone contact with Kent Hovind who indicated he may be willing to appear on Melissa’s BlogTalk Radio show to discuss his legal issues, with or without me; conditioned on his federal case being disposed of first.  Kent referred Melissa to Brady Byrum whom he said would be able to do a show without waiting.

Fan mail from Kent Hovind’s people via the comments section below Paulogia’s video! 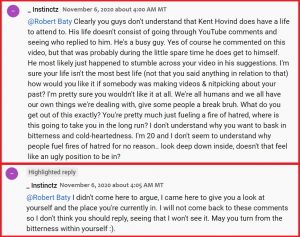 Billy Summers (aka Truck Drivin’ Billy) has added some comments to the comments section of the Paulogia video. 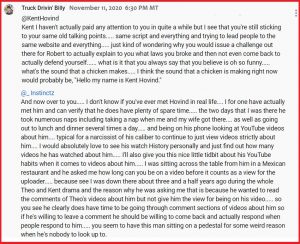 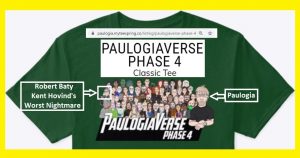 The Paulogia video featuring me, as referenced above, now has over 82,000 views and over 2,000 comments.

Paulogia and AJ have a followup video! 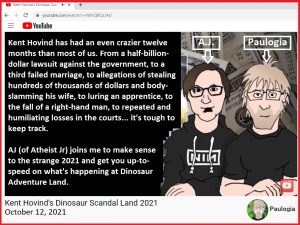