Bill Sardi is a health food/vitamin promoter with some reputation amongst that community.

Bill Sardi is also a business associate of Kent Hovind, an Independent Fundamental Baptist preacher who operates a 145 conpound near Lenox, AL.

In recent months, Bill Sardi and Kent Hovind have been closely associated with controversies involving Kent Hovind’s personal relationship problems with Cindi Lincoln, Kent’s girlfriend who has left Kent’s bed and board and has alleged financial fraud and domestic abuse against Kent Hovind.

Bill Sardi was one of the participants in that broadcast.

In a short segment of that broadcast, a boy, likely inadvertently, appears briefly with Bill Sardi in an unkempt motel room setting.

Bill Sardi was asked about the boy and refused to offer an explanation; suggesting there may be an issue here such as Chris Jones and Brady Byrum are facing.

It may be that some sort of “welfare check” would be appropriate as to the boy seen with Bill Sardi in a motel room.  Maybe one will be obtained.  Maybe not.  Maybe Bill Sardi will ultimately provide a legitimate, convincing explanation.  Maybe not.

However, in the context of Kent Hovind’s continuing controversy regarding alleged domestic violence, financial fraud, and entertaining of and promoting child sex offenders, it seems warranted that some accountability be insisted upon regarding Bill Sardi and his culpability regarding such things. 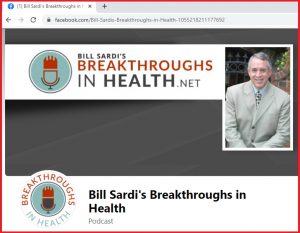 Graphic From The Video Broadcast/Zoom Meeting

Time Marked Link to Images Below 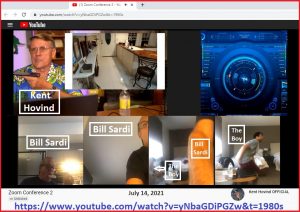 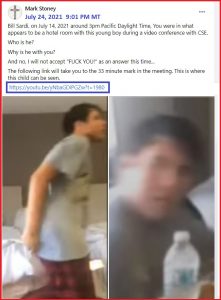 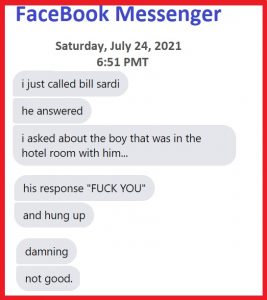 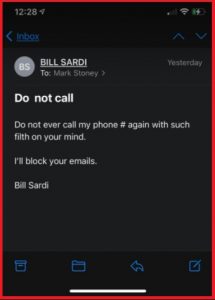 Related Articles On This Site: