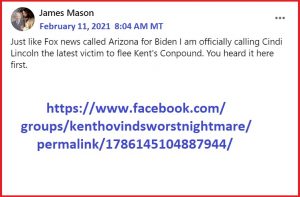 Charles Laine, a member of my “Kent Hovind’s Worst Nightmare” FaceBook group, was possibly one of the earliest Hovind watchers to speculate that Cindi Lincoln may have left or be leaving the Hovind conpound.  His FaceBook address is:

In recent weeks there has been increasing speculation regarding residents at Kent Hovind’s conpound leaving.  Mark Stoney and his daughter recently left as well as the Rife family and Nick & Julie Shunk.  It was reported that other families were leaving.  Some have speculated that Kent Hovind’s girlfriend, Cindi Lincoln, has now left.

I report.  You decide.

Upon release from prison in 2015, Kent Hovind manipulated his wife of 30+ years, Jo Hovind, into divorcing him so he could quickly move on and marry Mary Tocco.  Mary only lasted a few months and Kent, again, manipulated her into leaving him so he could move on.  In Mary Tocco’s case, however, there has been no evidence of divorce.  The record provided indicated simply that Kent and Mary agreed to split without benefit of a civil, legal, on-the-record divorce.  From there, Kent quickly moved on to Cindi Lincoln and began living with her, as if husband and wife, based on what might be called a “church” marriage, not recognized by the State or registered as such.

In recent days, Kent has moved another woman on to his 145 acre conpound near Lenox, AL.  Supposedly, she was brought in to manage Kent’s “farm” operations.  It has been speculated that she may be next in line to be Kent’s female “friend with benefits”.  She is, reportedly, from the Dallas, TX area and Kent calls her Debbie. 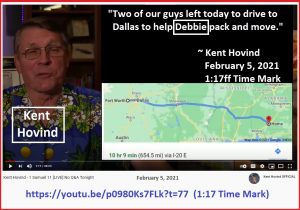 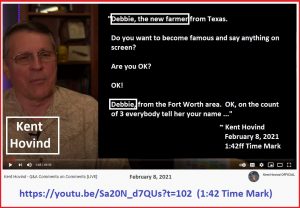 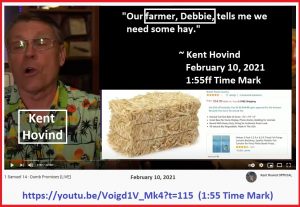 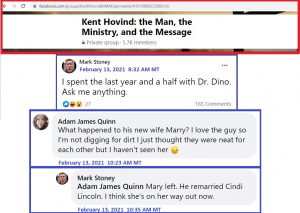 More circumstantial evidence.  In Kent’s live performance last night, he referred to the gate at the conpound and the figures thereon.  He referred to the female figure only as “she”.  In days gone by, he would say the name of the woman he lived with as being depicted on the gate (i.e., Mary, Cindi).  He did not do that last night. 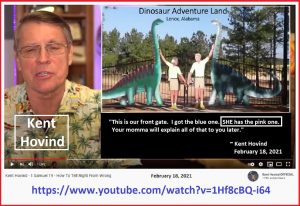 In tonight’s performance, Kent didn’t even mention the gate as he has been in his usual opening remarks.  Yesterday, he mentioned the gate, but he said nothing about who was depicted thereon.

However, he did have something cryptic to say about the people that come and go at the conpound.  When will he be explicit as to who (i.e., Cindi Lincoln, et al) has been coming and going recently? 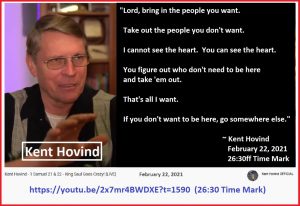 I have received a testimonial indicating that Cindi Lincoln has left the Hovind conpound near Lenox, AL!

I can confirm. Cindi left on Monday.. and is living in a house she bought, 10 minutes from DAL … after Steve was ‘rude’ to her.

She also said every one is leaving … as Kent has lost his marbles.

Hence no audience in his videos.

It has also been noticed that Kent Hovind appears to have scrubbed (deleted) from his YouTube channel certain videos featuring Cindi Lincoln.

Comments illustrated below in first 2 minutes or so of above-referenced video: 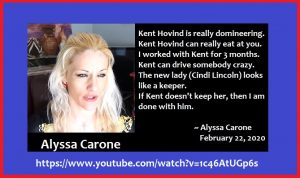 Link to today’s performance by Kent in which he makes cryptic comments consistent with the rumors of Cindi Lincoln having left him. 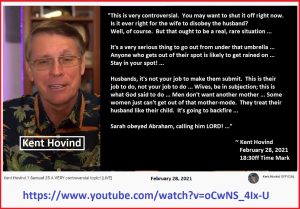 Kent keeps on teasing his audience about the leaving (rumored) of Cindi Lincoln! 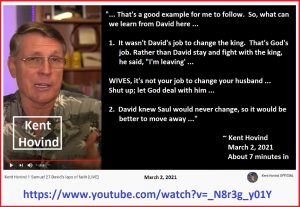 Seems Kent is now actively avoiding any questions about what has become of Cindi Lincoln! 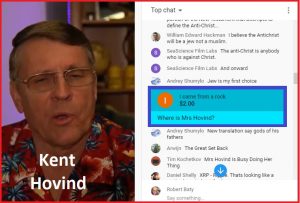 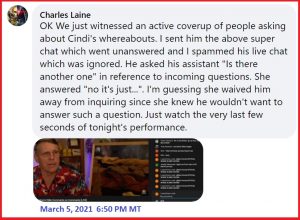 I don’t know what this really means! 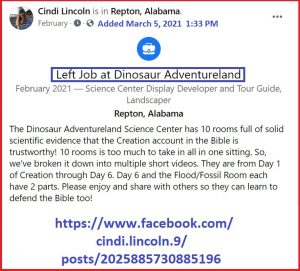 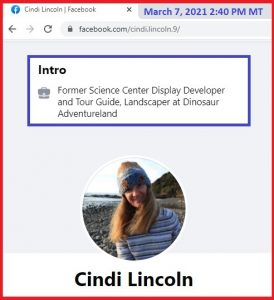 The following was posted to the Cindi Lincoln FaceBook page early this morning:

The following comments were posted today to the related article on this website at: 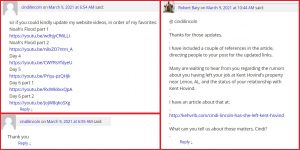 While many references to Kent Hovind still remain on the Cindi Lincoln FaceBook page, the following (screenshots) references appear to have been removed.  Maybe other Kent Hovind references will also be shortly removed. 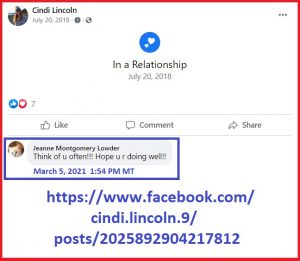 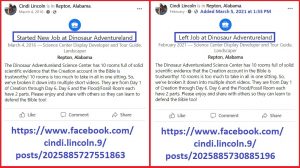 On March 9, 2021, Kent’s former IT guy, Theo, broadcast a video announcing Cindi Lincoln’s departure from the conpound/Kent and warned women to stay away from Kent. 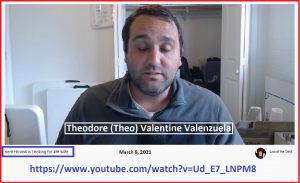 From the tip in the comments section of this article (see below), there is also this from Cindi Lincoln a few days ago: 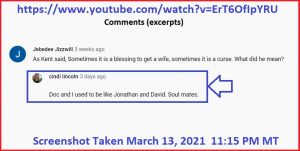 KENT HOVIND may be pretending he hasn’t yet moved his new girlfriend in; making like he’s living alone now that CINDI LINCOLN has, according to reports, left him. 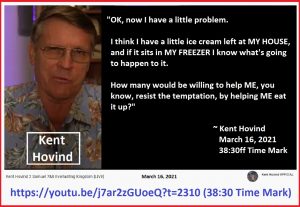 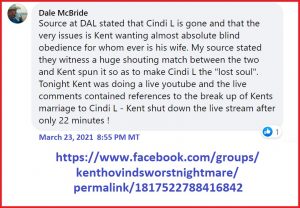 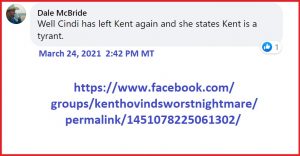 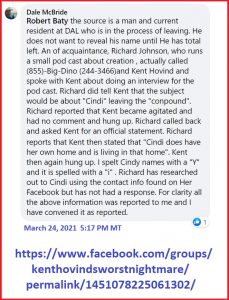 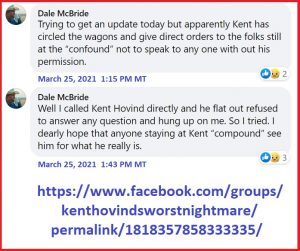 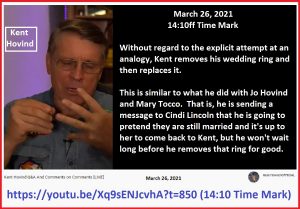 Inquiring minds want to know, Kent, what is the name of the “wife” you are making reference to? 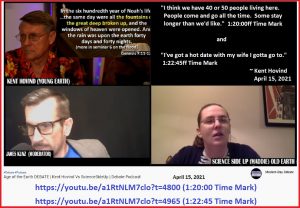 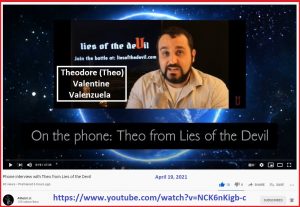 Links to related articles on this website (Link indicates title):