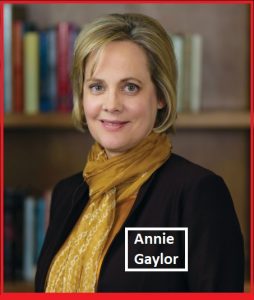 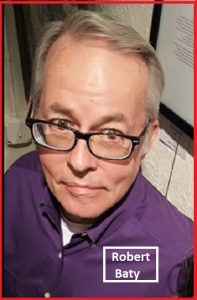 Some have long held the position that IRC 107, the tax law allowing “ministers” to receive housing allowances tax free, is UNconstitutional.
.
However, to my knowledge, there has not been an appropriate challenge to test the theory.
.
Erwin Chemerinksy, as amicus in the Rick Warren case, had indicated that he was intending to mount a legal challenge to IRC 107.
.
Chemerinsky recently advised me that, while the project was worthwhile, he no longer had the time to pursue it.
.
So, I’m wondering if your organization might take up the project or be able to recommend an organization or individual that would.
.
I would like to see the project pursued.
.
Any attention you are able to give to the matter and this inquiry will be greatly appreciated.
.
Sincerely,
Robert Baty
IRS Appeals Officer, retired
.

Thank you for your intriguing e-mail.

My question would be: who would have standing to sue, since the Hein v FFRF ruling?

.
It would have to be in federal court, since it’s a federal law, if I understand this correctly, and if federal taxpayers would not be able to pursue it, who would be an injured party? I could possibly see a neighbor of a “rectory” who might be able to prove they paid more taxes when the “rectory” went off the tax rolls? But such a plaintiff might be very hard to find.
.
I can pass on to our attorneys but a little more information on how you would see this lawsuit proceeding would be most appreciated.
.
Annie Laurie Gaylor
Co-President
Freedom From Religion Foundation
PO Box 750
Madison WI 53701
608/256-5800
.
.

Annie and the FFRF did take up the cause and, ultimately, there were 3 cases filed challenging IRC 107.

The first one in California was dismissed, by mutual agreement, with no decision.

The third case, after another ruling on the merits in favor of the FFRF, is still pending before the 7th Circuit Court of Appeals with oral arguments to be heard on October 24, 2018.

In the first Wisconsin case, there was a deposition of Annie Gaylor and excerpts are reflected below where the Government expressed an interest in me, Robert Baty, and my involvement with Annie Gaylor.

Ms. Gallagher’s Question:
.
Have you ever heard anything about an IRS
examination under Section 107?
.
Ms. Gaylor’s Answer:
.
…And, you know, I’ve come into contact
with, you know, allegations of abuse of
the tax, of the IRS.
.

Ms. Gallagher’s Question:
.
What do you mean when you say, come into
contact with?
.

Ms. Gaylor’s Answer:
.
Well, I’ve seen some write-ups about, you
know, these coaches that were being given
the parish exemption, for example.
.
There was a case involving a school.
.

Ms. Gallagher’s Question:
.
Any information not come from the media?
.

Ms. Gaylor’s Answer:
.
I guess–I am trying to remember.
.
I think that somebody–you know, I was given
a case to look at that wouldn’t have come
from a member of the media, but from an
individual.
.

Ms. Gallagher’s Question:
.
Who was that individual?
.

Ms. Gaylor’s Answer:
.
Do I have to answer that question?
.
Rich Bolton (FFRF Lawyer):
.
Who gave you the particular case?
.

Ms. Gaylor’s Answer:
.
Yeah. Because I feel my source was
confidential.
.
Ms. Gallagher:
.
Unless your attorney is instructing you
not to answer, you have to answer.
.
Rich Bolton (FFRF Lawyer):
.
There’s not really a ground for not
answering the question, so if you can answer.
.

Ms. Gaylor’s Answer:
.
Okay. All right. Well, I mean, I felt this
information was confidential, who gave me
the information was confidential, not the
information. Robert Baty.
.
Ms. Gallagher:
.
Uh-huhh. Uh-huhh.
.
Rich Bolton (FFRF Lawyer):
.
He’s not exactly been under the radar. I
don’t know if you know Mr. Baty or not.
.
Ms. Gallagher:
.
I’m familiar with the name.
.
Rich Bolton (FFRF Lawyer):
.
Yeah, I don’t think you are giving away
any secrets with Bob’s name.
.

Ms. Gallagher’s Question:
.
So, tell me about your conversations with
Mr. Baty.
.

Ms. Gaylor’s Answer:
.
I don’t think I’ve really–I’ve conversed
with him, it’s very rarely. I think it
was mostly just by emails.
.

Ms. Gallagher’s Question:
.
And what kind of emails have you had with
him?
.

Ms. Gaylor’s Answer:
.
Well, that he thinks this is unconstitutional.
.

Ms. Gallagher’s Question:
.
How often do you email with Mr. Baty?
.

Ms. Gaylor’s Answer:
.
Very rarely. I don’t know. I think I may
have heard from him once in the last year
or recently.
.
There was a time when I was receiving more
information from him.
.

Ms. Gallagher’s Question:
.
When was that?
.

Ms. Gaylor’s Answer:
.
Oh, at the time, before we filed out case
in–the franchise board case.
.

Ms. Gallagher’s Question:
.
So, was Mr. Baty one of the motivating
factors to file the lawsuit about the
107 exemption?
.

Ms. Gaylor’s Answer:
.
Well, he gave information that was helpful.
.
Ms. Gallagher:
.
I may end up asking for those e-mails just
in terms of document productions in the future.

My influence in the case is also archived by Peter J. Reilly in his article at the following link:

Pepperdine Graphic Article, “What is a Minister?”

What is a minister_ ‹ Pepperdine Graphic

Gospel Guardian
.
VOLUME 3
April 24, 1952
NUMBER 50, PAGE 1, 9b-11
.
George Pepperdine College
(A Report On Fifteen Years Of Progress By Its Founder)
.
(excerpts)
.
As I stated many times, I did not want and still do not want this college to be an adjunct of the church.
.
I want it to be a good private educational institution with a Christian environment.
.
Above all, it should not try to dominate or meddle in the affairs of the church or ask the churches for money.
.
I do not want it to be a “preacher factory” although many young men who plan to preach have sought and continue to seek their college education here.
.
I want the college, like a good home, to do its best to strengthen and deepen the faith of young people who attend.
.
We are not a church or an evangelistic society or a missionary society, but the individual Christians on the faculty try to instill into the hearts of all students the doctrine of the New Testament church and the spirit of the Christ.
.
George Pepperdine
Los Angeles, California 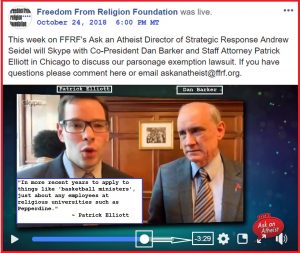 Peter J. Reilly’s report on the oral arguments as published on-line by Forbes.com:

Although you will see this dispute being framed as one between atheists and the religious,  the guy who started all this is a member of the Churches of Christ who was upset about the particularly egregious parsonage shenanigans of his own denomination. (Churches of Christ isn’t exactly a denomination by its own terms, but to those outside of it, it looks like one.)

Robert Baty was an IRS revenue officer when he was asked about the case of a college basketball coach who was excluding part of his income as a housing allowance.  The practice traces back to a revenue ruling that the IRS issued under pressure from Congressmen Burleson and Bush to bail Abilene College out of a payroll audit.

The Becket Fund will give you the impression that the parsonage exclusion is directed toward the ministers of struggling inner-city parishes, but its application is much broader.

Section 107(2) also applies to ordained ministers working at colleges controlled by their denomination either as faculty members or in administration, including the basketball coach.  Churches of Christ has a priesthood of all believers theology. All members are ministers.  So that means that if you were to get on the faculty of Pepperdine you could save taxes by converting to the Churches of Christ.  And then there are the televangelists and mega-church ministers with housing allowances running into the hundreds of thousands.  Don’t get me started.

Mr. Baty eventually concluded that the travesty of Revenue Ruling 70-549   was symptomatic of the unconstitutional nature of the parsonage exclusion.  Retirement from the IRS in 2005, as a GS-13 appeals officer, has allowed him time to pursue his obsession (along with a couple of others) on what seems like a full-time basis.  He reached out to the Freedom From Religion Foundation and FFRF picked up the baton.