A third party, interested in producing a one-on-one exchange between Rudy Davis and me, Robert Baty, contacted Rudy and made inquiry about the prospects.

The inquiry and Rudy’s response made its way into my possession and so I am recording the matter here, for the record. 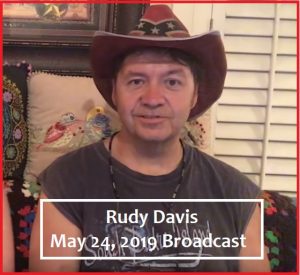 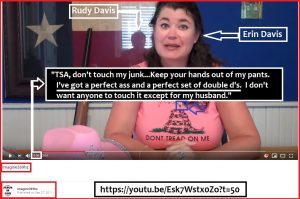 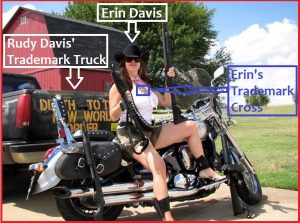 My name is Xxxxxx Xxxxxx and I wanted to reach out with a request.

With all of the climate around CSE I wanted to ask if you’d be willing to answer some questions from Robert Baty over the phone. You would be on a recorded line.

I have reached out to Kent and previously offered to pay him to debate Robert Baty but unfortunately he declined to do so.

This is an opportunity to benefit yourself and the CSE Ministry as it can help clear “some stuff” up and come to the benefit of both sides. There are many unanswered questions that Kent has not answered and many would like answers.

CSE and yourself have commonly discussed the issue of transparency. Many would find it fair if you would put this principle into play for a short time.

Sincerely yours in Christ,

Subject: Re: Discussion with Robert Baty

Please don’t ever mention that devil’s name to me again.

You have NO IDEA what you are asking and you have NO IDEA the amount of problems, trouble, resources and overall heartache that this ex-IRS agent psychopath stalker and his FBI informant friends have caused me.

I have already done one recorded radio show with that ex-IRS agent and he became speechless when I asked him if he ever received money from the IRS. [**(2) – RLBaty]

Mr. Baty enjoys the destruction he brings upon other people’s lives and manipulating people to call in false reports to prisons, people’s workplaces to cause them to lose their jobs, etc… and I have no time for his kind which they all (he has a team of attack trolls) have an especially hot place in the eternal lake of fire.

I pray Psalms 109 for him and his unGodly crew and I believe Robert Baty is getting paid filthy lucre to perform his stalking efforts.

Now when we stand before God Almighty, we will know for certain what filthy lucre this man acquired for his hateful and lying efforts to destroy others lives by lying, doxxing and putting out falsehoods and making false anonymous reports to law enforcement, prisons, workplaces, etc….

Do you know that his team brags about people performing home invasions in my home?

Do you know that his team brags about calling in false reports that I am working with prisoners to defraud people?

And these false reports have resulted in the suffering of my dear friends in prison by moving them to hellholes where they are now suffering even more.

How would you like it if there was a team of devils who called your job, your local law enforcement, wardens and prison officials, FBI, CIA and made false claims about you and those you cared deeply about repeatedly?

I believe they have caused me to lose communications with loved ones in prison and now I can no longer write to my friends whom I care a great deal about while they are suffering even more so.

Baty and his ilk have stalked my wife and my family for years. His band of devilish hyenas always do it sneakily through others and having plausible deniability. They provoke and incite others to attack us and they promote our home addresses and home phone #s on their webpages so other lunatics will know where we live and bombard our phones even when Erin and I were taking care of my 85 year old father and the phones rang and still does ring incessantly.

And you have the gall to bring this man’s name to my doorstep?

Who are you Mr. Xxxxxxx?

Are you a lawyer?

The bible calls out a woe for that profession specifically. It doesn’t say woe to plumbers, HVAC repairmen, auto mechanics, roofers.. The bible says “Woe unto you, lawyers!”

If you have a question for me, then just ask it.

But don’t ever bring up this devils name to me again.

I don’t represent CSE and Kent speaks for himself now that he is out of prison. My assignment with Kent’s ministry is over and I have moved on to other prisoners who can use some attention and help.

Kent is capable of handling his own affairs and Kent never listened to what I had to say anyways.

And I have no interest in communicating with that devil hyena who calls himself Robert Baty.

He is but one of a group of devils who will get their just rewards for the evils they have done.

There will be no tears from my eyes when God Almighty deals out justice for their evil deeds.

I simply can’t imagine approaching a man and asking what you have asked of me.

Do you not have questions of your own?

Why can’t you ask whatever questions you have Mr. Xxxxx?

Yes, I am transparent.

Erin and I didn’t make a dime for trying to help our fellow man and giving all glory to Jesus Christ. We did it because it was the right thing to do.

And we saw firsthand that not only do you have to put up with attacks from Robert Baty and his crew but you have to put with with traitors and cowards in what is supposed to be God’s camp.

The mud-slinging and accusations are sickening, especially from those who were supposed to be “Christian”.

You have NO IDEA of the context and background of the evil these people have inflicted upon our life but I am no victim Mr. Xxxxxx and I am overcomer by the blood of Jesus Christ and our God is a God of JUSTICE and Robert Baty and his crew will choke on their own calamity one day and God will laugh at it as promised in Proverbs 1:26.

And for all those who have lied and made insinuations that Erin and I acted out of impure motives, we will let God deal with that.

Our God sees all, knows all and will one day judge all.

I have not been affiliated with anything Kent Hovind has done since the day he got out of prison. As a matter of fact, I have never met the man in person and I have no desire to meet him.

My assignment with Kent ended the day he was free so asking me to speak to Robert Baty about the recent ongoings of CSE ministry is a bad idea and jeopardizes making me so angry as it comes close to sinning.

Have a good day Mr. Hughes.

All Glory to Jesus Christ,

That radio show Rudy mentions can be accessed at the link below and as of this writing was still accessible.  Peter J. Reilly dared me to call in, so I did.  As to Rudy’s questions about finances, Rudy refused to answer the same sort of questions and so played the hypocrite.  My toying with him about the matter also played into his conspiracy theory paranoia, so it seems.