I have observed in recent days a considerable controvery arising regarding the emergence of one David Shore as a leader amongst what I refer to as the anti-government, anti-child welfare movement.

I have been somewhat of a casual observer, and after noticing the YouTube broadcast of David Shore today, February 21, 2019, I thought I would contribute this article to the flurry of coverage of his case and controversy surrounding it.

In recent days David Shore has been favorably associated with such as Connie Reguli and Jamie/Jaye Sparks Wehrheim Johnson Starr, other leaders amongst the anti-government, anti-child welfare movement.

The controversy surrounding David Shore may be seen as coming amidst the broader controversies amongst the anti-government, anti-child welfare movement as there seems to be much infighting going on amongst those who would be leaders in that movement.

Between November 2003 and November 2004, E.S., who was eight at the time, lived with her parents and brother in their home.

Shore is the father of E.S. E.S. is moderately mentally handicapped, requiring extra attention as compared to other children her age.

E.S. testified that during this time period Shore touched her bottom, vaginal area and her breasts with his hand.

During these incidents, Shore asked E.S., “Do you want to touch my body?”
to which E.S. said no.

In December 2007, E.S. was removed from her home and placed in a therapeutic foster home based on allegations that her brother had touched her inappropriately.

On July 30, 2008, the State charged Shore with Child Molesting, as a Class C felony.

.
After a jury trial in January of 2009, Shore was found guilty as charged and sentenced to six years imprisonment at the Indiana Department of Correction.

David Shore published a book recently which can be found on Amazon.  In it David Shore professes his innocence, presents claims common to the anti-government, anti-child welfare movement regarding the government’s involvement in child welfare matters, and presents similar stories involving others. 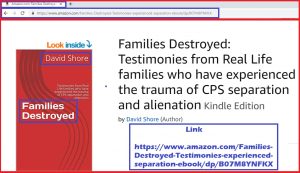 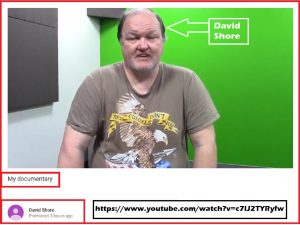 From the Sex Offender Registry 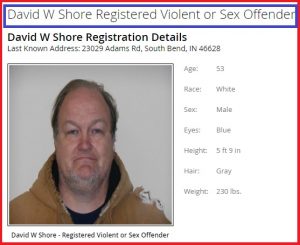 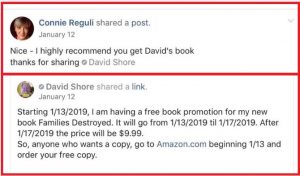 Thank you note from David Shore to supporters, including Connie Reguli: 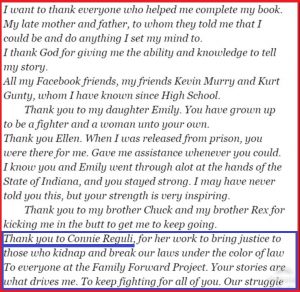 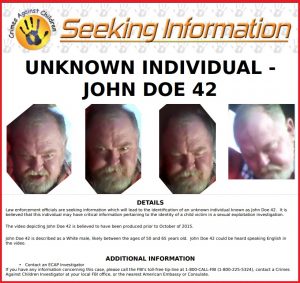