For years, Kent Hovind has been telling stories about a now-deceased Assistant U.S. Attorney by the name of John David “Roy” Atchison and making it sound like he single-handedly prosecuted Kent Hovind in 2006, put him in jail, seized his property, and seized his bank account.

For all his efforts, I am unaware of Kent Hovind ever attempting to document anything Atchison actually had to do with his case.

In recent days, this issue was raised by one of Kent’s conpound residents by the name of Mark Stoney.  In consequence of my discussion with Mark about that, I did some investigating and decided to post this article for the record.  Should additional information come in, the article will be updated accordingly. 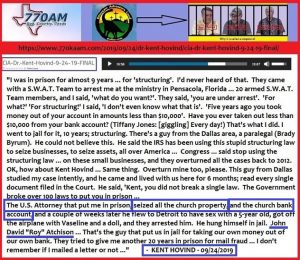 Kent Hovind has, for years, been lying about Atchison’s involvement in his case.  The following shows what I have come up with including a relevant section of the case docket history, the one document found showing Atchison filed a motion (3 pages) in the case months after Kent’s convictions and sentencing, a motion (1 page) filed shortly thereafter by another attorney advising the court the document filed by Atchison was being withdrawn as it was a duplicate of what was filed earlier by another attorney, and the Court’s acceptance (1 page) of the withdrawal of the document filed by Atchison.  Currently, there are 498 numbered docket entries in the case. 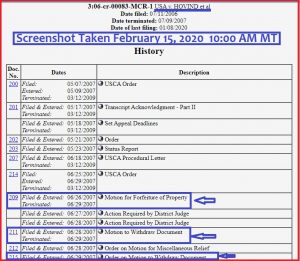 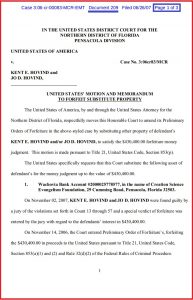 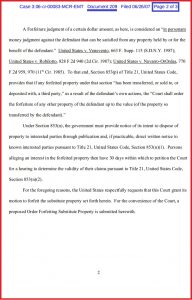 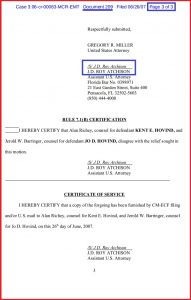 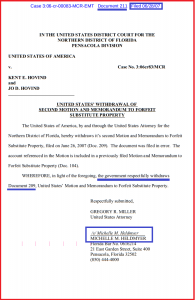 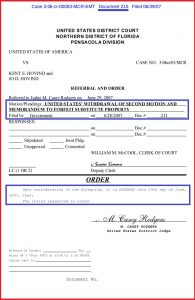