Raymond and Amelia Schwab filed another federal lawsuit on August 27, 2018.

IN THE UNITED STATES DISTRICT COURT
FOR THE DISTRICT OF COLORADO

.
KRIS KOBACH, in his individual and official capacity,
KANSAS DEPARTMENT OF CHILDREN AND FAMILIES,

.
CARLA SCHWARTZ, in her individual and professional capacity,

JULIA GOGGINS, in her individual and professional capacity,

Almost immediately, the Court identified the filing as defective for various reasons and issued an ORDER advising the Schwabs to correct the deficiencies and convince the Court that Colorado was the proper venue or request a transfer, or face dismissal or transfer after 30 days.

ORDERED that Plaintiffs cure the deficiency designated above within thirty
days from the date of this order.

It is FURTHER ORDERED that Plaintiffs shall obtain the Court-approved Complaint
form, along with the applicable instructions, at www.cod.uscourts.gov, and

use that form to cure the above noted deficiency.

It is FURTHER ORDERED that Plaintiffs show cause in writing within thirty (30)
days of this order, why this action should not be dismissed without prejudice for
improper venue or transferred to the judicial district where venue is proper.

It is FURTHER ORDERED that if Plaintiffs fail to comply within thirty days from the
date of this order, the action will be dismissed or transferred without further notice.

Maybe the Schwabs can get their act together and move the case forward.

The Schwab lawsuit based on the False Schwab Narrative failed to pass its initial tests and the Court has already issued an ORDER advising them that they should consider starting over; or at least cure the COMPLAINT’s failures and think about filing in Kansas instead of Colorado.
.
There has also been an on-line feud started because the Schwabs have dared to include Amelia’s family members as defendants.
.
Shame on Raymond and Amelia for continuing their frivolous pursuits.
.
– Robert Baty
– Long-time Schwab adversary (i.e., Raymond & Amelia really don’t like me)

My proposal regarding a discussion of a fundamental and substantive issue regarding the Schwab custody case was never accepted and remains outstanding.

The State of Kansas was factually and legally
justified in taking custody of the Schwab children
and retaining custody.

We just need to get Raymond or Amelia to face me and work out the logistics to where we can produce a proper discussion of that proposition.

Raymond and/or Amelia are welcome to appoint a surrogate to represent their position on the proposition.

We don’t hate Baty, or Amanda Allison, or any of the people we sued.

They should be pitied because inside they are dark, cold and dead or aflame with rage, depression, and personality disorders. They will reap the fruit of all their behavior, and some of them already do and can’t see that because of their lives and behavior, they are miserable. Depressed. Full of envy and hate.

We will save the debating for the Courtroom. The Federal Complaint is public and it is only a fraction of the claims and evidence we have.

We stand by our claims and will present them in a venue which can actually DO something about these injustices.

These trolls hide under pseudonyms and fake profiles. They secretly attack people and are not rational people. The best way to counter them is to continue the battle and expose as many cases as you can.

Don’t engage these people. See them for the cowards they are and block them, remove their comments, and commit to engage with people who are working to change this system. If we are wasting energy fighting trolls, informants, agent provocateurs, etc…we are allowing ourselves to be distracted away from the time we could be spending researching, advocating, learning the law, litigating, court watching, and encouraging others.

Give us a heads up if you see any troll activity so we can counter it without having to engage them.

Raymond Schwab announced he will ask the Colorado Federal District Court to transfer his case to Kansas.

In the last minute of the above referenced broadcast, Raymond Schwab threatens me and his sister-in-law with the following comment:

“Don’t think I won’t come after you 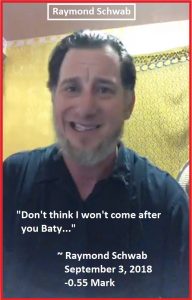 Schwab request for transfer of case to Kansas: 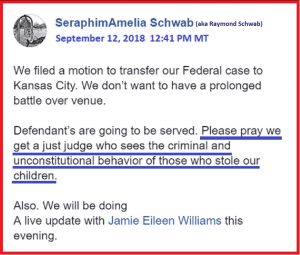 I figure if Raymond believed that tripe he would face me or send his champion to face me and discuss the following proposition:

The State of Kansas was legally and factually justified in taking custody of the Schwab children.

Maybe I missed something, but I couldn’t figure out how Raymond came up with the notion that Judge Crabtree was going to be the new judge in his federal case after the transfer to Kansas is completed. 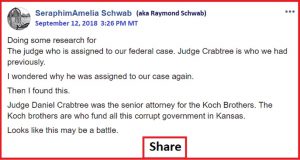 It appears the federal district court in Kansas is in no hurry to give an answer regarding its intentions regarding Raymond Schwab’s case.  I just made this screenshot of the docket entries on the case.  So, we wait for the Court to act. 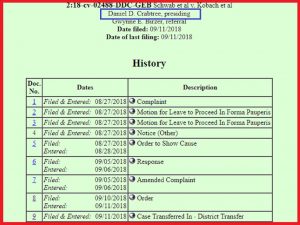 Court may be about to tell Raymond what it thinks about his case! 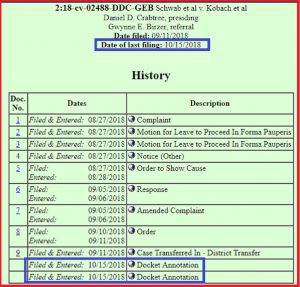 Raymond indicates he is getting rich and so now wants to pay his filing fees instead of try to claim he is a “pauper”, and he also wants to affect his own “service” on the defendants.  See file linked below. 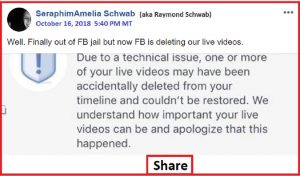 Raymond told to pay up by the end of the month and affect “service” on the defendants by December 17, 2018.  Maybe he will revive his case.  Maybe not. 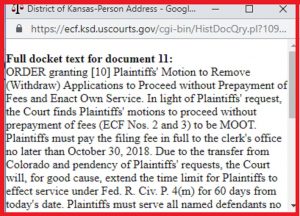 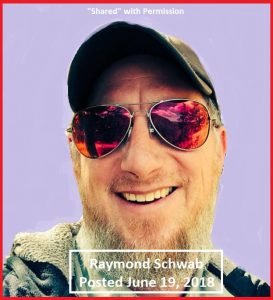 One of Raymond’s new business ventures! 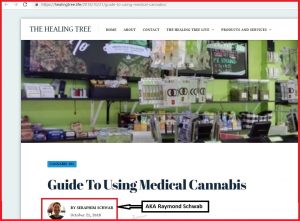 Raymond spends $400 to try and revive his federal case against Amanda Allison, his wife’s sister, and others.

Summonses Have Been Issued to Raymond for “Service”! 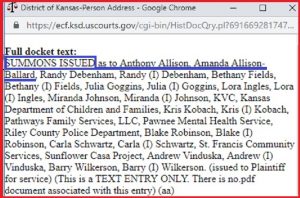 I don’t know if this guy is going to be serving Raymond’s summonses or what, but at least we get a look at the summonses. 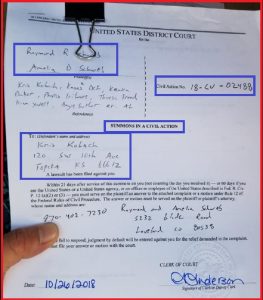 My subsequent exchange with Mike Webb about the above: 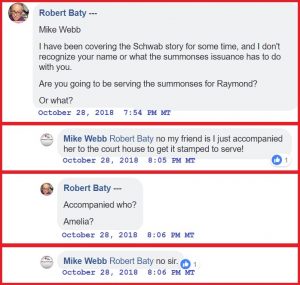 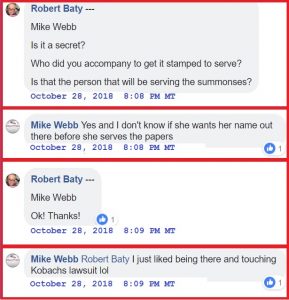 Bwahahahaha!  Raymond’s private process server, at least one of them, is AlmaAnn!  See file below for documentation.

As prophesied, it appears Raymond and his people are going to try and make a public spectacle of his frivolous federal case against his in-laws and others. 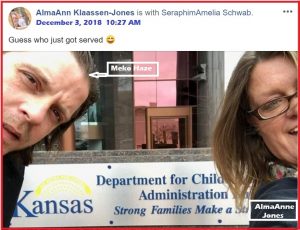 Raymond seems to be implying that his latest litigation is frivolous and that he is just using it for the spin he can put on it as he continues to seek notoriety for his position within the anti-government, anti-child welfare movement.

The first motion to dismiss in the case appears to have just been filed by St. Francis, a file copy which is at the link below:

In a post today, Raymond has indicated he will be talking about it on an Internet radio show tomorrow night. See link below:

I have been neglectful with updates.  Various motions to dismiss have been filed and Raymond has started filing answers thereto.  Questions have also been raised, by us observers, regarding Raymond’s claims to have “served” Amelia’s parents and sister.

Today, St. Francis filed its response to Raymond’s answer to its motion to dismiss, and that document is contained in the file at the link below:

I don’t keep up with ol’ Raymond much anymore, but I saw this today which vindicates the title of this article.

Raymond Schwab has announced on his FaceBook page that his appeal failed.

Here is what Raymond said about it on his FaceBook page: 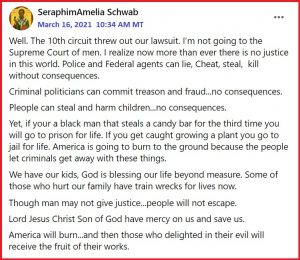 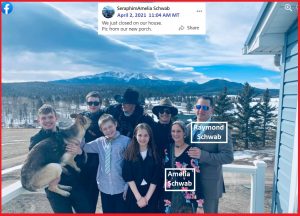