It came to my (Robert Baty’s) attention that on the dates of March 19-21, 2021 American Heritage Girls Troop 1517 from Shalimar, FL (Good Shepherd Lutheran Church) was camping on the 145 acre conpound of Kent Hovind near Lenox, AL.  The troop leader is Laura Nimmo. 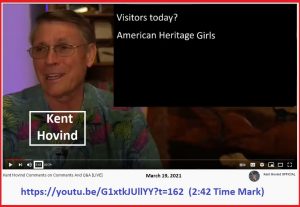 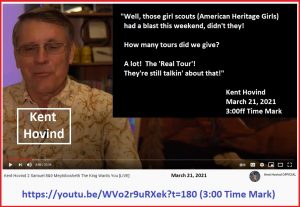 American Heritage Girls was founded by Patti Garibay in 1995 as an alternative, and more religious organization, to the traditional Girl Scouts. 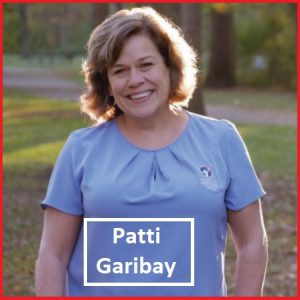 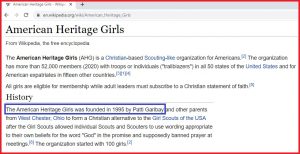 I found it quite unusual that for all that is said for American Heritage Girls that they would patronize Kent Hovind, an UNrepentant federal felon who sent his first wife to prison, manipulated her into divorcing him so he could marry Mary Tocco, whom he ran off as well within a few months, without benefit of divorce, and then took up with Cindi Lincoln whom he has now also run off after only a couple of years.  In addition, Kent is an anti-government, sovereign citizen activist who has pledged the rest of his life to harassing the federal government because he was held accountable for some of his crimes.  Kent’s conpound, since its founding in 2016, has been a hot-bed of suspect behavior including guns, drugs, and all sorts of creepy characters that come and go (i.e., Brady Byrum, Paul John Hansen, Chris Jones, Shawn Stuller, Roger Dean Swartfager II, Mark Stoney, Levi Roberson, Theodore Valentine Valenzuela, and a host of unknowns).

Kent chose his property, in part, so as to avoid as much governmental control/oversight as possible.  He has indicated he doesn’t carry insurance and everyone is on their own as to any injuries/damage they might suffer as a result of visiting his place.  In March of 2015 a 7-year old child drowned on the conpound because of his parent’s negligence and the negligent manner Kent operates.  Kent’s principle, as he has repeatedly stated it is, “you can always make another one”.

Laura Nimmo posted 100 or so videos and pictures of the AHG camping event she appeared to be leading at Kent Hovind’s conpound.  What attracted my attention was the appearance of so many little girls on Kent’s ATVs without helmets.  Kent does not require visitors wear helmets when touring his conpound on his ATVs. 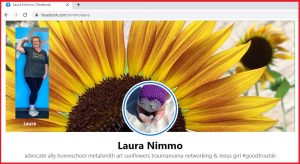 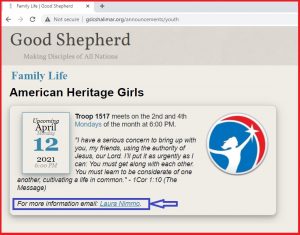 After I raised questions about why Laura and/or AHG would patronize a place like Kent Hovind’s, Laura removed her FaceBook postings of the pictures and videos.  However, I did, before she took that action, manage some screenshots. 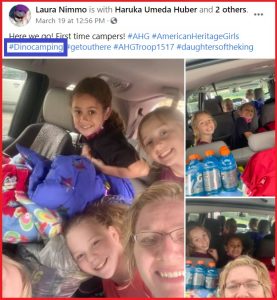 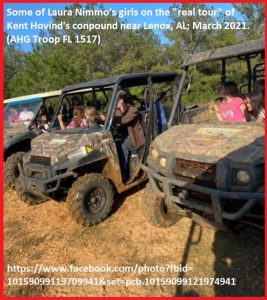 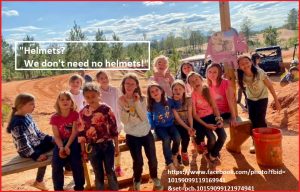 American Heritage Girls (AHG) appears to stand for many of the things that Kent Hovind opposes.

I have made numerous postings on the AHG FaceBook page regarding the matter and have not received any official response from AHG management or Laura Nimmo, who appears to be aware of my interest, regarding AHG’s position on the Nimmo (AHG FL Troop 1517) event at Kent Hovind’s conpound.

So, I sent a more formal request for a statement via the AHG website, as shown below: 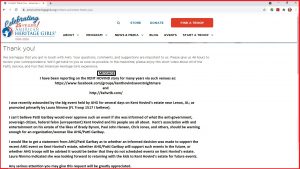 I will try to update this article if I get an official response from American Heritage Girls (AHG). 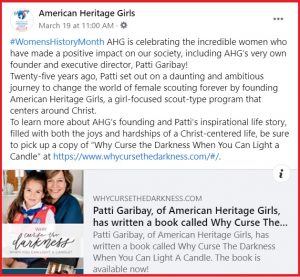 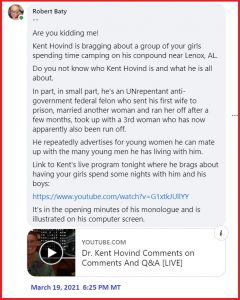 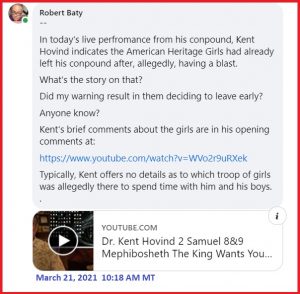 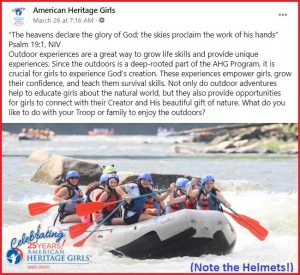 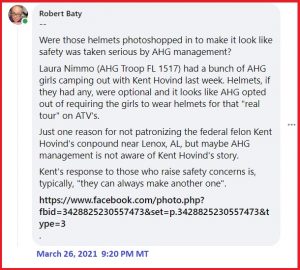 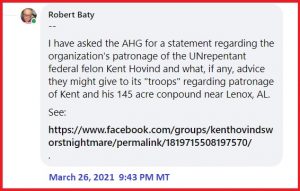 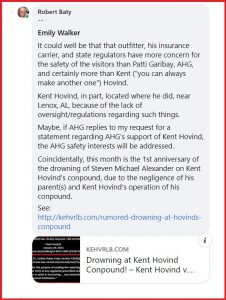 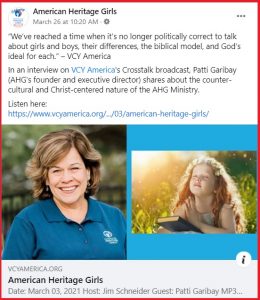 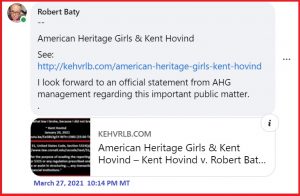 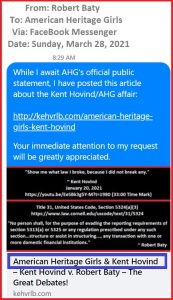 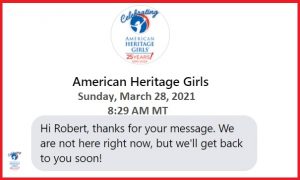 It now appears all of my posts to the AHG FaceBook page have been deleted or hidden from public view.

Besides refusing to respond to my request for an offical statement regarding AHG’s patronage and promotion of Kent Hovind and deleting my comments on its FaceBook page, AHG has now blocked me from being able to post to AHG’s FaceBook page.