“Lee Kenworthy was arrested on 7/7/21 in Fort Lauderdale for felony ‘aggravated assault causing great bodily harm, disability or disfigurement’ in a horrific attack on a homeless man who wouldn’t give Lee a dollar for a beer.

Lee bashed the man’s head with a milk crate repeatedly then smashed a beer bottle in the victim’s face (use of a deadly weapon).

I’ll be uploading the arrest and probable cause documents describing the serious head injuries sustained by the victim (who required emergency transport to the ER and surgery), as well as the blood spatter on the ground, the wall and the milk crate at the scene.

Lee confessed to the beer bottle but didn’t ‘remember’ using the milk crate.” 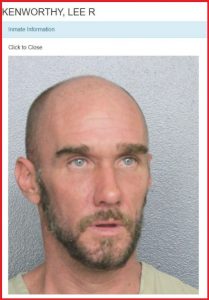 Listed Below Is Reported Kenworthy Residence: 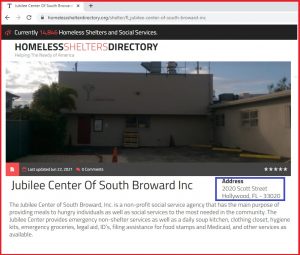 It seems the District Attorney has decided to file 2 more charges against Lee Kenworthy.  One is for “criminal mischief” and the other is “trespassing”.

Briefly, it appears to involve Kenworthy getting mad and throwing a garbage can at a car and breaking the car’s tail light.

It is also being reported that Lee is scheduled to be arraigned on the criminal mischief and trespassing charge on September 1, 2021. 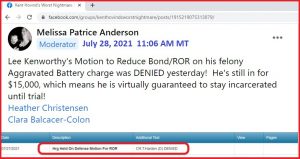 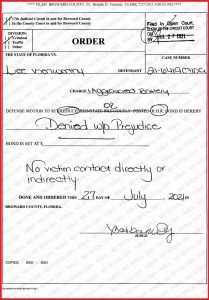 A hearing on a motion for release has been scheduled for today at 3:00 PM! 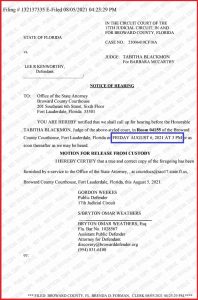 Gets kinda confusing, but it now appears that one or more additional charges have been filed or are pending and that Lee Kenworthy did manage to get himself released.  No telling what he is up to now.  He fled New Jersey to avoid arrest on a warrant.  Will he now flee Florida? 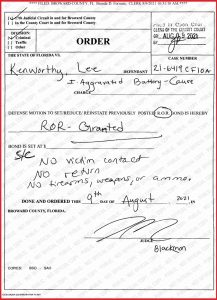 Link to thread/post illustrated below: 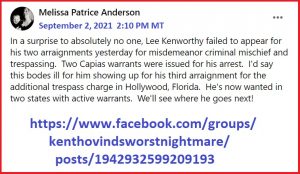 Kenworthy hasn’t been showing up for Court and 2 arrest warrants were issues for him on September 3, 2021. 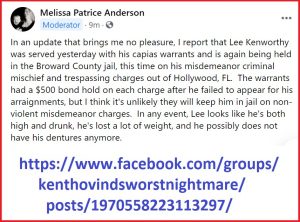 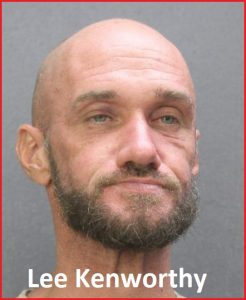 As might have been expected, reports are that Lee is, again, already out of jail. 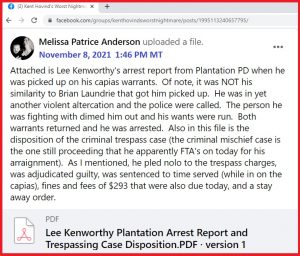 Looks like Kenworthy was a no-show yesterday and had an arrest warrant issued. 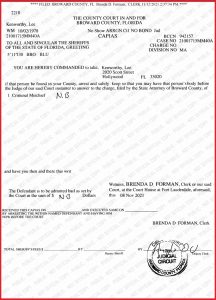 Kenworthy was arrested again and has a number of charges to be resolved.  He has been sent for a psych analysis with drugs as necessary. 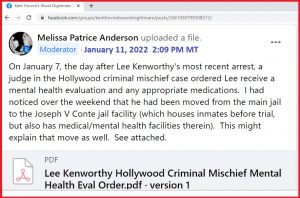 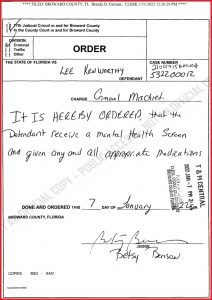 More paperwork on the Kenworthy arrests/charges! 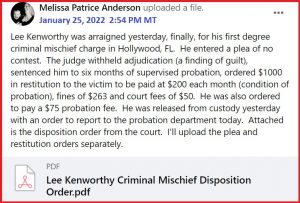 The Revolving Door – Maybe They Will Keep Him Locked Up This Time! 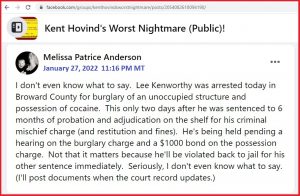 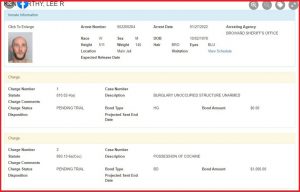 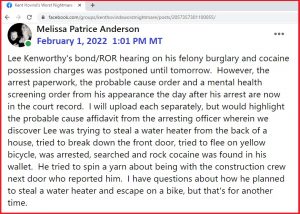 Seems like things have been rocking along for Lee Kenworthy, with him being in and out of jail for various things.  Maybe this time they will hold him.  Yep, he’s back in jail and looking about as bad as ever! 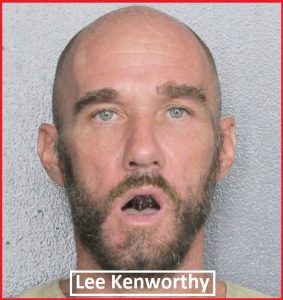 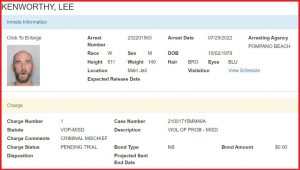 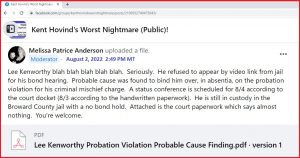 Kenworthy back in jail on cocaine charge! 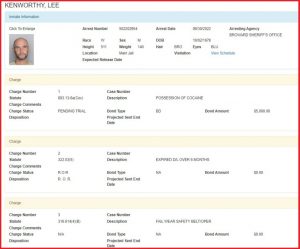 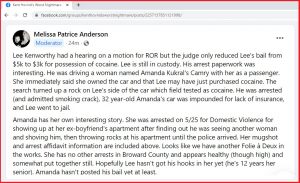 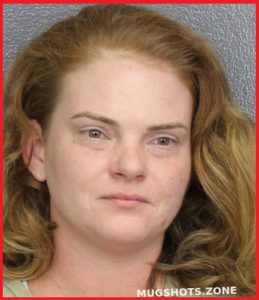 Related Articles on This Site