Ken Scott has been spotted making the rounds in social media and promotion sovcit nonsense in the context of the anti-CPS movement. 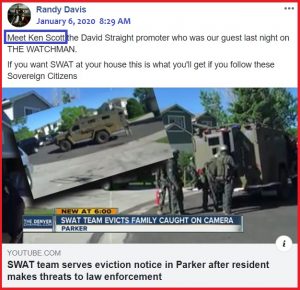 Link to Video Referenced Above

Randy Davis had a live FaceBook program on Ken Scott recently which is posted at the following link: