Raymond Schwab is threatening to go to Washington, DC and stop eating until he gets some attention from President Trump.  It seems Raymond and his wife, Amelia, are upset because the Government does not due their bidding. 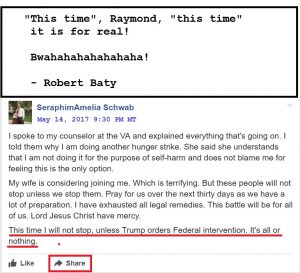 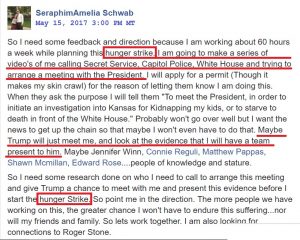 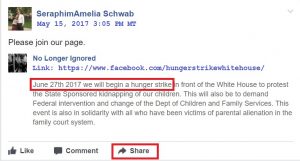 Raymond names names and makes threats which just might warrant his investigation, indictment, and arrest!  Putting it off on God is just a standard gimmick for his kind. 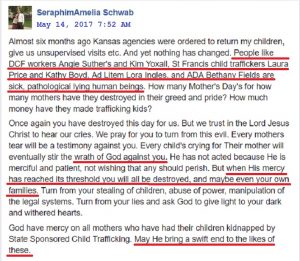 Kent Hovind was convicted of “Obstruction” in his 2006 trial.  One of the claims on the obstruction issue was that he threatened federal agents.

Here’s an excerpt from the trial transcript where the prosecutor responds to Kent’s lawyer and explains the threat issue:

He (Kent’s lawyer) claimed that the testimony

was that when Mr. Hovind said that he was

praying for these witnesses, these agents, that

that was the threat.

That wasn’t a threat.

The threat was when he said,

“and I know God knows how to take

care of people who interfere with his

You heard it on the tape, on the Truth radio program

harshly with the agents who served a lawful search

warrant on his premises. 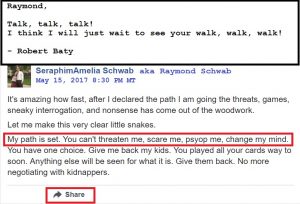 .
Link to Video Below: https://www.youtube.com/watch?v=I7CAvyMIdSg 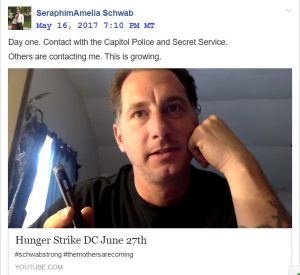 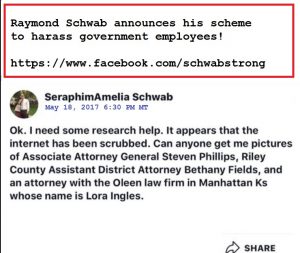 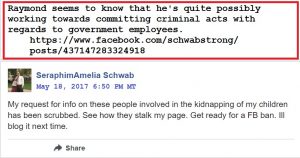 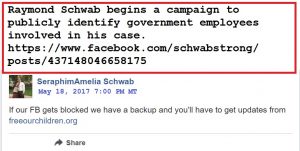 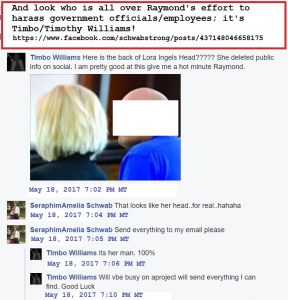 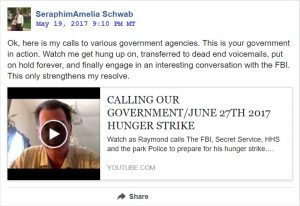 Link to above video:

Posted by Free The Schwab Children on Friday, August 4, 2017