Shara/Sharon Michelle Wolf Donato Austin Lentin, also operating under the alias of Freedom Public Press, is trying to “Get Baty” again today via her FaceBook thread at the following link:

There are over 1,200 comments in that thread, according to FaceBook, so take you time if you are interested.  For purposes of this article, I have copied and posted below some of the discussion that relates to me and my coverage of the Lee Kenworthy story.

Sharon/Shara has me blocked so that I cannot respond directly on her page, and she has refused to come out and “face me” to discuss areas of mutual interest on which we disagree.

Shara, you need to come out, come clean, and face me, keyboard to keyboard, to discuss important public issues of mutual interest regarding the Lee Kenworthy case.

Shara, let’s get those negotiations started.
.

Some of the related articles on this website are found at:

After this article was published, and Shara became aware of it, there was some discussion of it at her place.  This is just one of many more posts in that thread, referenced above, at Shara’s place. 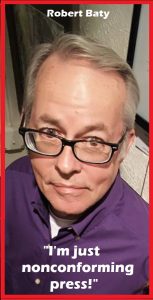 Shara finally changes course after some explosive events and discussion and videos of the last few days. 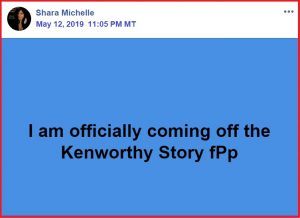 This report just in based on the intercept of a private conversation regarding Shara’s alleged problems with Lupus. 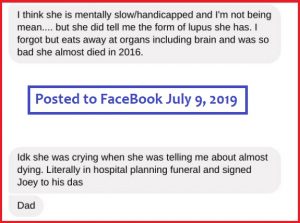