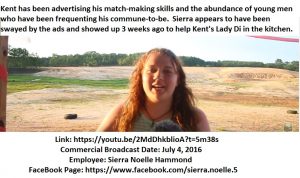 I hope we are able to follow Sierra’s “progress” and we get more input about her background and plans and activities.

It looks like she graduated from high school back in Wyoming and decided to leave her family and take up residence with Kent on his Kompound near Lenox, AL along with a bunch of young, single men and other transients.

It would be a shame if we lost track of her.

Does anyone know what has become of Sierra Noelle Hammond, the 18 year old girl featured in the video and who traveled half way across the country to cook and clean for Kent Hovind and his boys on the secluded 150 acres near Lenox, AL?

We may never know what led Sierra to leave home and travel across the country to cook and clean for Kent Hovind.  Things may have been pretty bad at home for her to make that choice.  May she will be OK; maybe not.  Here’s the latest from her; a broadcast July 30, 2016: 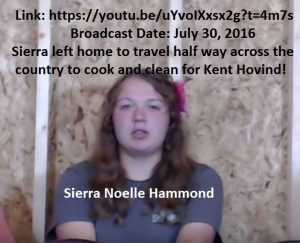 I think Sierra is the one on the left in the following photo: 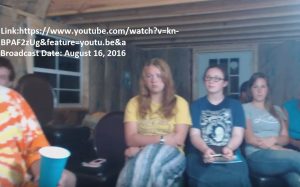 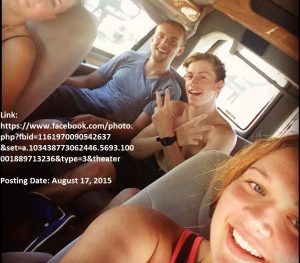 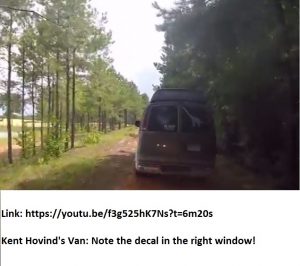 Kent announced in one of his recent performances that Sierra had left the compound.

Compare the 2 following images from Roger’s FaceBook page as captured today.  It appears Sierra posted 2 messages to Roger and that they were later deleted.  That seems to be the first appearance from Sierra since she reportedly left Kent’s compound.

What is going on? 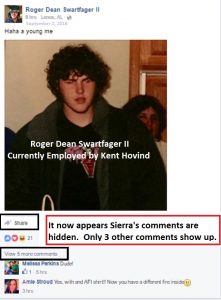 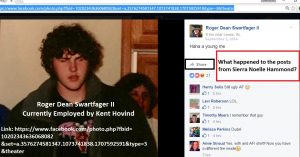 Why would Sierra’s comments be hidden????? 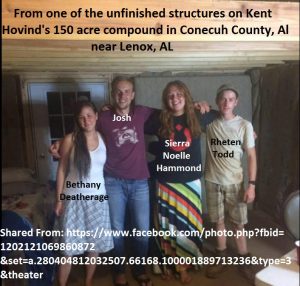 Sierra and the older, foreign man she has attached herself to while doing time with Kent Hovind in Conecuh County: 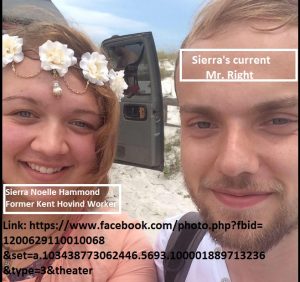 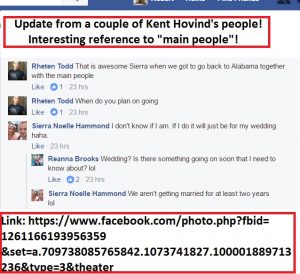 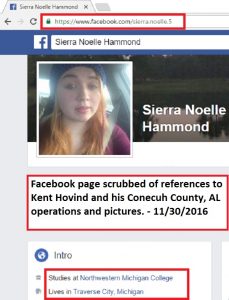 I continue to try and keep up with Sierra Noelle Hammond from time to time and see how she is doing with the older mystery man she fell for while living with Kent Hovind in Alabama.

I just discovered that Sierra has now moved to Europe to be with the guy and get married, and that he apparently has a name and just got a FaceBook page. 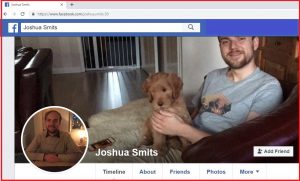 For some reason, I have not noticed Kent Hovind touting this as one of his matchmaking successes, and Sierra has yet to come out, come clean and give an account of her experience with Kent Hovind and his conpound……….maybe later.

Bethany Deatherage, shown in an above photo with Sierra, Joshua and Rheton, is now Bethany Cochran, apparently, and she has a FaceBook page, but there’s not much there.  Maybe we will learn more of her story.  Maybe not. 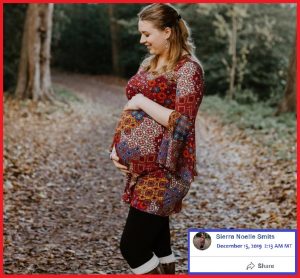 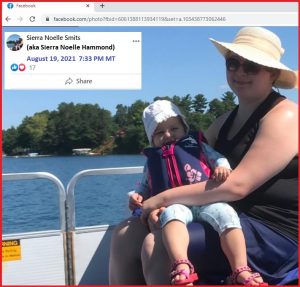