Updates added below as story develops!

It looks like Deborah Henderson is going to be continuing her testimony regarding her experiences with Kent Hovind and his people at the compound near Lenox, AL.  Therefore, I thought it appropriate to set up this stand-alone page to archive her contributions to that developing story.

…I called him (Kent Hovind) out on his

anti-government campaign to impeach the

sentenced him, and he was bribing people

to file motions to impeach this judge.

Then I called out Brady (Brady Byrum) for

getting involved in the Baby Holm case.

So, I started seeing things that were going

The 15 minute secret recording of Kent Hovind speaking at his emergency meeting regarding Deborah Henderson’s departure from Kent’s compound was original posted and available at the link above.  It disappeared shortly after I posted it.

I am in the process to put commentary on the full 45 minutes, using, pictures audio and video which is going to totally…

Posted by Deborah Henderson on Monday, May 8, 2017

Ho hum!  That’s about 4 times Deborah has broadcast her Part 7 and then removed it!

ERNEST LAND IS AT IT AGAIN, THINKING HE CAN SILENCE ME WITH HIS BULLYING WAYS AND CHARACTER ASSASINATION, BUT I'M…

Posted by Deborah Henderson on Monday, May 8, 2017

I don’t know what the following is all about.  Deborah posted that note to her video comments and I responded and then her note disappeared. 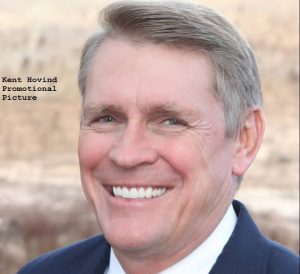 May 6, 2017 – Kent Hovind having another wedding at compound! 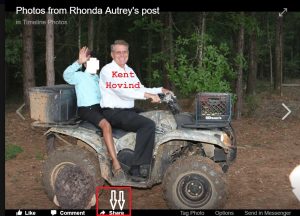 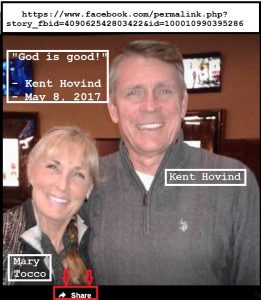 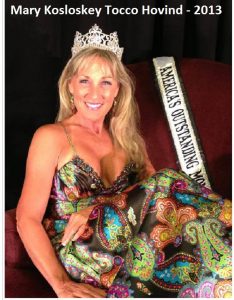 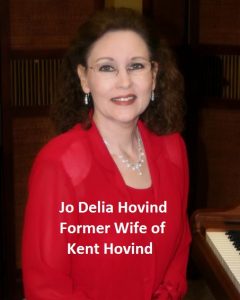