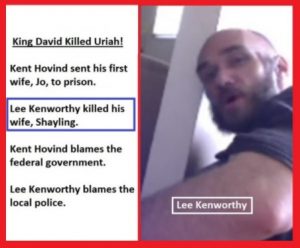 There are numerous articles on this site dealing with Lee Kenworthy, starting with a stand-off he had with child protective services and the police in New Jersey on Memorial Day 2018.  Since that time he has lost custody of his children, who were placed with Lee’s mother.  He has various mental health issues and legal problems, including an outstanding warrant from New Jersey.  He fled New Jersey and is currently believed to be in Florida.

This article is to archive some developing information regarding Lee’s history which, it appears, tends to confirm what many have speculated for some time.

Fwd: About the Apartment

Since I can’t talk between being at work and you interrupting me.

DYFS already sees it like you are not handling things correctly.

If you take a stand and start doing therapy with Phil, medications

finances are leveled.  Especially since you need to focus on

preparing yourself for military and me & Sia need a place closer

to my parents’ home.

No way I am moving back into that apartment.  I don’t think you

get how horrific that experience was for me.  I don’t even want

to go there to get clothes. 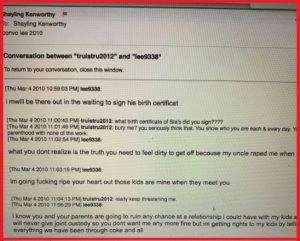 [Thu Mar 4 2010  11:06:29 PM] lee9338:  I know you and your parents are going to ruin any chances at a relationship i could have with my kids and will never give joint custody so you dont want me any more fine but im getting rights to my kids by telling everything we have been through coke and all 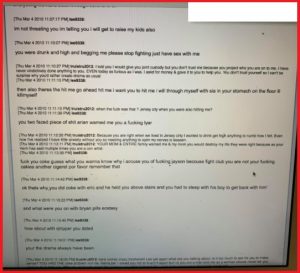 [Thu Mar 4 2010 11:10:27 PM] trulstru2012:  I told you I would give you joint custody but you don’t trust me because you project who you are on to me.  I have never vindictively done anything to you.  EVEN today as furious as I am I was asked for money & gave it to you to help you.  You don’t trust yourself so I can’t be surprised why you’d rather create drama as usual.

[Thu Mar 4 2010 11:12:26 PM] trulstru2012:  Because you are right when we lived in Jersey City.  I wanted to drink and get high, anything to numb how I felt.  Even now I’ve realized I have little anxiety without you so needing anything to calm my nerves is lessen.

[Thu Mar 4 2010 11:13:30 PM] lee9338:  fuck you coke guess what you wanna know why i accuse you of fucking jayson because fight club you are not fucking cakies another cigeret por favor remember that

Lee apparently checked in and made corrections as shown below: 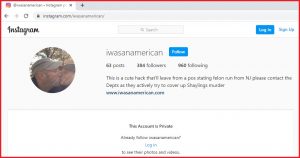 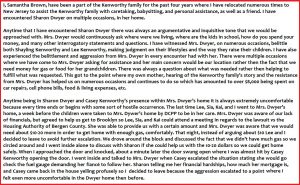 Lee Kenworthy has made his personal appearance in a conversation about all of this in the Kent Hovind’s Worst Nightmare FaceBook group where it has been being posted.  Lee’s appearance was in the thread at the following link:

Go to above link for complete exchange.

Lee’s posts are as follows: 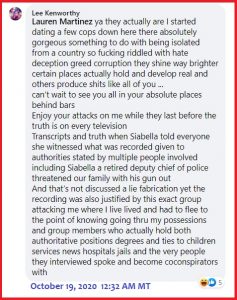 CAN YOU SEE THIS

Most of those 2 email files appear to contain 2 copies of an article on the abuse of women and children by Powell.  Apart from that and its application to the relationship between Lee and Shayling, the following appears to be what Lee and Shayling are reported to have said to each other in those 2 files. 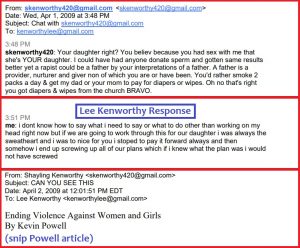 Lee Kenworthy, in typical fashion, apparently attempting some damage control, has finally addressed these revelations in a post to his personal FaceBook page at the following link: 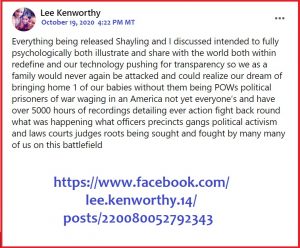 Received 7 more files, but only 1 is in pdf form which I can post here.  I will try to get the other 6 converted to pdf for posting here later. 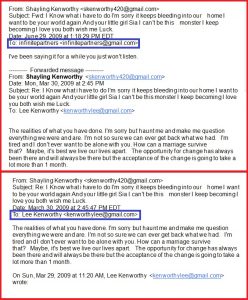 About these things Lee Kenworthy posted the following to his FaceBook page:

Lee is addressing file 1 of 7 noted above! 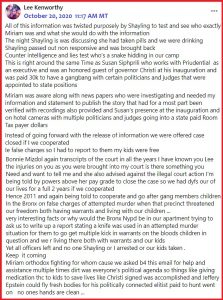 Lee Kenworthy has also been again actively involved in discussions in the Kent Hovind’s Worst Nightmare FaceBook group at: