Given all of the secrecy that surrounds the operations of Kent Hovind from his 145 acre conpound near Lenox, AL, I don’t mind reporting rumors as a technique to stimulate the pursuit and revelation of the truth.

This is one such occasion.

In Kent Hovind’s 2 most recent performances from his conpound, he has cryptically suggested that he is operating a birthing center for women with a special interest in natural childbirth without so much involvement from traditional medicine.

The following references/images provide the background for the rumor that Kent Hovind is operating a birthing center. 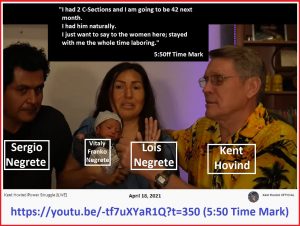 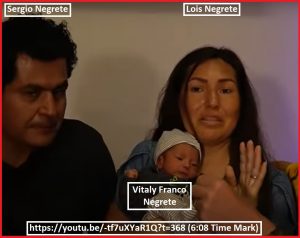 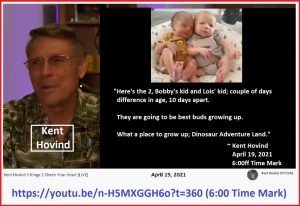 Lois’ mother, Mona Espinoza, posted this image on her FaceBook page in March 2021!  The image appears to be on a Florida beach!  Sergio, in his appearance with Kent Hovind, indicated they had been living with Kent on his conpound for 5 months! 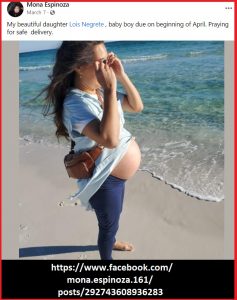 Lois posted the following images from the Hovind conpound near Lenox, AL shortly before giving birth (birthing on the conpound appears to have been thwarted for some reason and she appears to have delivered in an unspecified hospital facility). 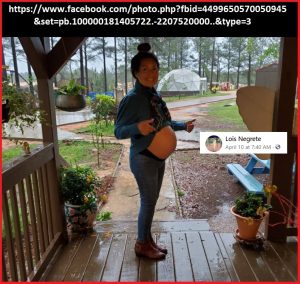 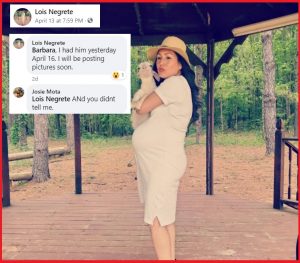 Lois recently posted on her FaceBook page the following promotion of natural childbirth! 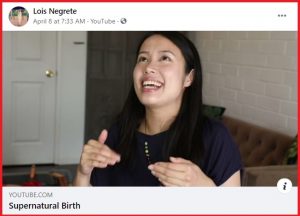 In her appearance with Kent Hovind, Lois also mentioned that the latest birth would constitute her 3rd “biological child”.  However, there appears to be at least 5 other children in the family unit.  The details are unknown.  It was reported on FaceBook that Lois and Sergio celebrated 15 years of marriage last summer.  One of the other children is Brooks Negrete Carruth.  It was recently reported that Brooks married one of Kent Hovind’s residents while she was staying on the conpound.  That resident was Aaron Carruth.  It was reported that Aaron and Kent had a falling out and that Aaron left Kent’s conpound while Brooks decided to stay with Kent on the conpound.  It was later reported that Brooks left to return to her husband.

Brooks posted the following image shortly after her reported marriage to Aaron! 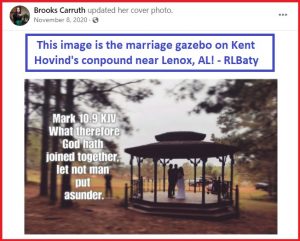 Sergio posted the following image in 2017 showing the connection to Brooks! 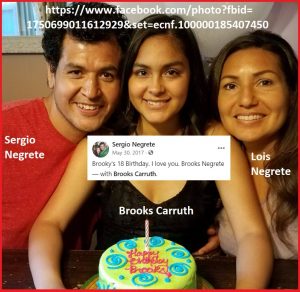 Lois also appears to consider herself an anti-vaxx activist of some sort, as evidenced by just one of her many related postings shown below!  Fits right in with Kent Hovind’s anti-vaxx theology! 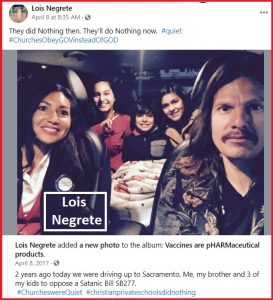 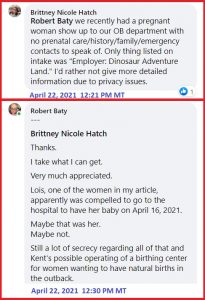 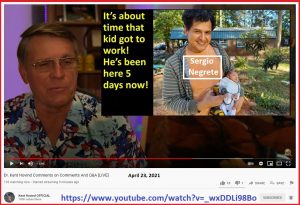 Why no update on mother!  Is she suffering because of her poor choices regarding the birth and letting Kent Hovind direct some of her care while her husband was no where to be found?

A strange post by Sergio.  We may never know.  The picture was posted a couple of days ago, but is, apparently, a view at the hospital when the baby was born more than 3 weeks ago.  I would assume that maybe it was Kent Hovind that took the picture.  Did Sergio ever even go to the hospital for the birth?  Reports indicate he may not have. 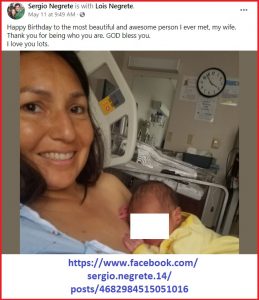 (I blocked out the baby’s face.) 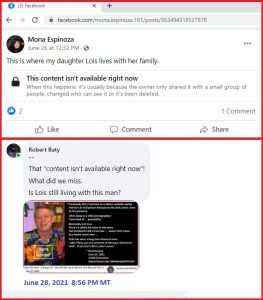 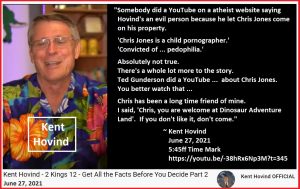 Kent Hovind mentions “Sergio” in his live broadcast tonight, but it is not known when the referenced photograph was taken or what the status is as to Sergio & Lois Negrete or their children. 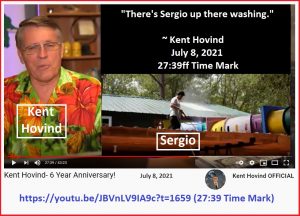 The story now has been updated/corrected to reflect the following.  Johanna Zion-Hart was a resident at Kent’s conpound along with her son and daughter (Kelly Zion).  Kelly wound up getting “married” to Bobby Boutin and that is the Bobby that had the baby indicated above, with Kelly.

Link to image below: 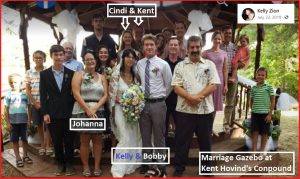 Link to image below: 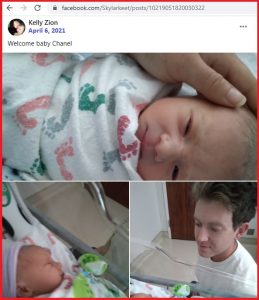 In the broadcast interview of Cindi Lincoln by Charles Wiley on October 15, 2021, Cindi Lincoln indicated she left the conpound when Mary Tocco left but returned some time later around the time the conpound had its grand opening.  At that time, Freddy’s wife Manon was pregnant and she had a baby shortly thereafter.  Freddy and Manon Urena are Kent’s long-time residents and cooks.  They have a total of 5 children.  See comments following at time marked link below: