Kent Hovind, for all we know, is still civilly, legally married to Mary Tocco.

In recent weeks/months, Kent Hovind and a woman named Cindi Lincoln have begun living together as if man and wife and others have been led to believe that they are married based on the following common-law/religious ceremony:

The Gates of Dinosaur Adventure Land 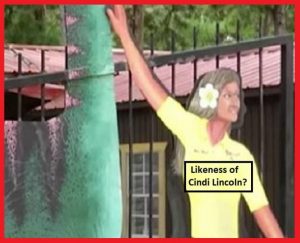 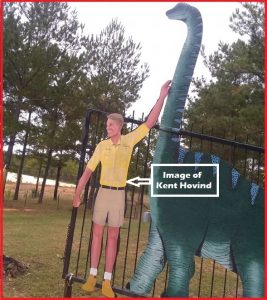 In assembly at some unknown location at some unknown time before some unknown witnesses and some unknown preacher, Kent Hovind and Cindi Lincoln announced their intentions to be man and wife outside of any civil, legal, for the record notice, and the following words (or their equivalent) were read over them:

“By the virtue and the authority vested in

me as a minister of the gospel of Jesus Christ

our Lord, the pastor of his precious church,

in the presence of God and these assembled

witnesses, I pronounce you,

And so it is we have the somewhat unusual circumstance of Kent Hovind, legal, civil, for the record husband of Mary Tocco, being “religiously”  married to Cindi Lincoln, outside of civil, legal, on the record notice.

It reminds me of the technique I have heard that polygamous Mormons have been known to utilize.

Some people care and

Kent’s interview with Todd Kirkland, preacher at the Miracle Baptist Church of La Vergne, TN, via podcast is found at:

* If anyone notices anything that needs to be corrected in this presentation, please post the information in the comments section below.  This article was prepared based on the best available information to date, and updates will be made where deemed appropriate.