One of numerous related pages on this site:

From the Hovind-Mickas Performance November 5, 2016

What you get when you try to pull up the Wyatt Mickas broadcast of that performance: 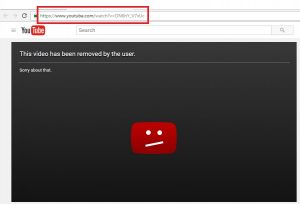 Wyatt Mickas is a young man and up and coming on-line celebrity in the world of religion.  He and I have had numerous exchanges on-line and I thought now would be a good time to document some of his important part in the story.  This comes after I, via FaceBook, tried to be responsive to inquiries from Wyatt’s family.  It seemed to tick Wyatt off so much that he mounted a successful complaint campaign against my dedicated Hovind page; resulting in the page being unpublished and me being blocked from using FaceBook for 30 days (starting November 11, 2016).

Wyatt Mickas has consistently opposed working with me to produce a proper exchange of ideas on issues of mutual interest (atheism, creationism, presuppositionalism, and Kent Hovind).

Following is a link to a more recent exchange involving Wyatt Mickas and me, Robert Baty, as archived on one of my Presuppositional FaceBook pages:

The graphic at the top of this page is from a YouTube broadcast on Kent Hovind’s channel.  Wyatt Mickas recently traveled half-way across the country to camp out with Kent on his compound in Conecuh County, AL where Kent Hovind is building his retirement commune and camp with a dinosaur theme.

Wyatt also recorded the meeting with Kent and broadcast it on his own channel at:

That video has since been deleted from Wyatt’s channel.  Wyatt promised another video covering his trip to visit Kent, but it has not yet appeared.

Wyatt Mickas is about 20 years old.  When he was in high school he promoted himself as a Mormon via the “I am a Mormon” website sponsored by the Mormon church.

Following image from that site: 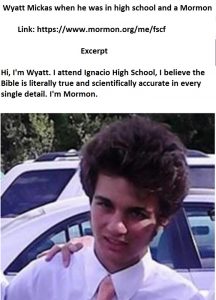 I don’ t know what that is crawling over his shoulder!

Some time shortly after that he appears to have become influenced by those in the Fundamentalist Baptist Church, which is the church Kent Hovind claims to hold membership.

Wyatt Mickas has steadfastly refused to have an open, honest, reasonable and reasoned conversation regarding Kent Hovind and his legal/tax and related matters.

Considering that Wyatt Mickas has repeatedly and publicly promoted Kent Hovind, including his false legal narrative, that dodge is simply not appropriate.

Wyatt Mickas, in my opinion, needs to face up to Kent’s long criminal career and related matters.  Wyatt doesn’t have to agree with my conclusions, but continuously running and hiding from the truth regarding those matters seems quite inappropriate to me.

Wyatt Mickas has graduated from high school, left home, got a job, and may be considering moving to live and work with Kent Hovind on his 145 acre compound in Conecuh County, AL.

Kent Hovind likes to promise his single young men the prospect that Kent will find a woman for them.  It may be Wyatt Mickas is also looking to find a woman, with Kent’s help, in Alabama.

Wyatt Mickas’ family and friends might do well to be concerned about such a course as Wyatt Mickas may be considering.  He may be beyond help, but he may need it nevertheless.  It would not be the first time family and friends raised concerns about cult-like behavior in their loved ones, or even the first time it has happened with reference to young people being influenced by Kent Hovind.

Wyatt Mickas publicly responds, but in a manner indicating he is not yet ready or willing to engage in open, honest discussion.

Kent Hovind, it appears, has now deleted his own video which featured Wyatt Mickas and the promotion of his “Innocence DVD Series” scheme.

Wyatt Mickas rebroadcast his interview with Kent Hovind late last night.  It now includes an introduction attempting to explain the matter, and it still shows Kent’s promotion of his “Innocence DVD” scheme (I wonder if he talked to Kent before doing that again). 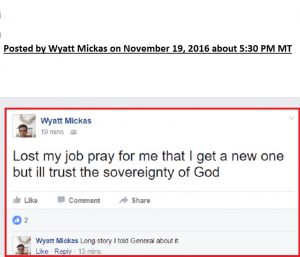 Wyatt has just posted a video at the following link where he discusses politics in response to a request from some unnamed person(s), and then he gives some updates as to what is going on with him.

And so I just posted the following comment in the comments section below that video:

I ask you to talk about Kent Hovind’s legal/tax/related issues, and you turn tail and run.

Kent recently returned from a trip to Spokane, WA where he laid out his lies about his legal and related matters, proving once again that he is determined to fulfill his pledge to spend the rest of life promoting his false legal narrative.

And you, Wyatt, run from even having a casual, cordial, open, honest conversation (broadcast) regarding such thing even while promoting Kent’s claims/efforts in your own broadcast!. 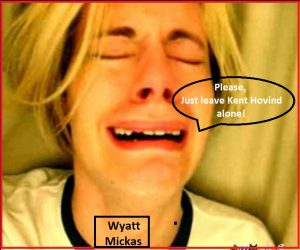 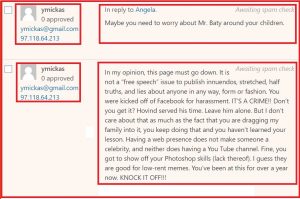